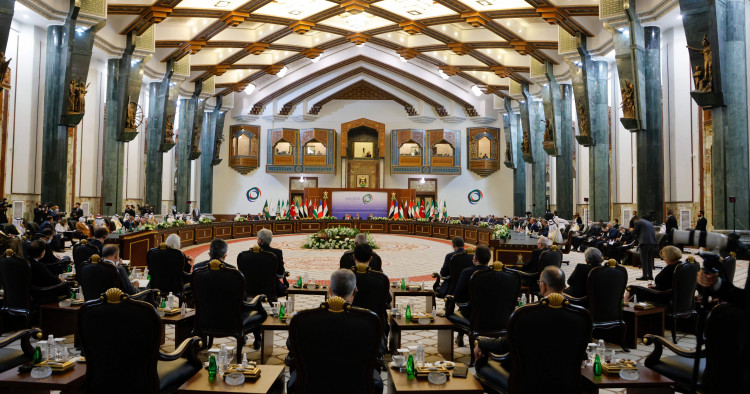 During the second half of the 20th century, there was at least order in the Arab World, even if precarious. Represented by the League of Arab States, the practice of Arab summitry provided some semblance of regional order. However, this precarious order broke down in stages, firstly as a result of Egypt’s separate peace with Israel in 1979 and later due to Iraq’s invasion of a fellow Arab state, Kuwait, in 1990. Meanwhile, the positions of non-Arab players shifted. After 1979, Iran turned away from the West to focus on building influence in the Arab-Muslim world. Two decades later, Recep Tayyip Erdoğan has also recalibrated Turkey’s foreign policy, balancing a continued interest in Europe with rebuilding influence in the former Ottoman Arab World.

To this day, the region continues to undergo dynamic changes as new regional alignments and divisions ebb and flow, but all without yet arriving at an overarching political, economic or security architecture that could build on common interests, manage areas of difference, and work to avoid direct or proxy conflict.

There is an increasing need for such an effective regional order. Already beset by high levels of conflict, inequality, and unemployment, the region is facing a future further challenged by climate change, water scarcity, and other unpredictable systemic challenges, as vividly illustrated by the ongoing COVID-19 pandemic. There is a budding awareness of the need to turn away from decades of geopolitical contestation and focus on the common systemic issues faced by the societies of this region in a challenging century.

But a history of division and tension runs deep, and the goal of regional order still seems dangerously beyond the horizon.

The Cairo Review of Global Affairs