Coffee Culture in the Middle East 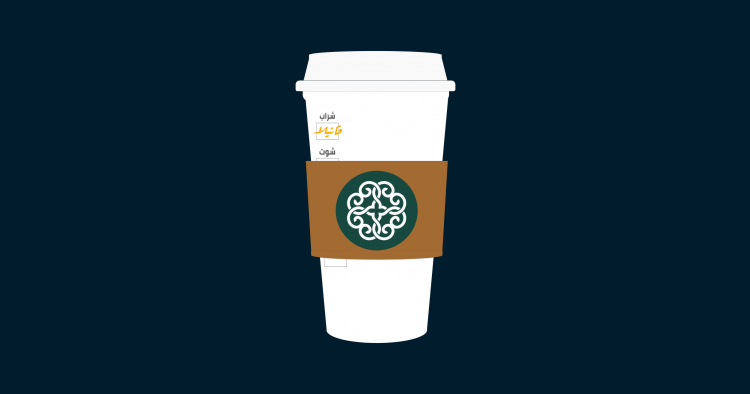 Coffee. A drink so popular that over one billion people drink it each morning. It is the second-most traded commodity globally and is worth one hundred billion dollars as an industry. Despite it being such an integral part of daily life across the world, most people know very little about where coffee came from, and how it became the cultural phenomenon that it is today.

As it turns out, we have the Arab world to thank for coffee. The very first coffee beans can be traced back to the region surrounding the southern Red Sea, an area that is now considered modern-day Ethiopia and Yemen. Coffee was originally believed to give humans special powers; Yemeni mystics would cultivate coffee beans in order to aid their concentration and spiritual intoxication while praying to God.

It was here that coffee was given the name we all know today, derived from the Arabic word qahwa. The name qahwa spread throughout the Middle East and Europe as trade for the coffee beans expanded along the Silk Routes heavily trafficked in the 16th century.

The coffee beans that were found all over the old Silk Routes are the same ones you can find today in your coffee cup. Check out your go-to coffee’s packaging, and there is a very good chance you will see the label “Made with Arabica Beans.” What makes our cappuccinos, espressos, and americanos different is all in the brewing process. Arabic coffee is boiled, filtered and brewed with cardamom, a blend of spices that combats the bitterness of the coffee flavor and adjusts its coloring. Each region in the Middle East has a different take on coffee, adjusting its herbs and spices to create entirely unique flavors. Here are just a few examples:

Egyptian Coffee: In Egypt, coffee is served in a small cup with a smooth layer of foam, known as the coffee’s “face.” The face is a necessary element of consumption and indicates that the coffee was prepared correctly.

Lebanese Coffee: In the Levant, coffee is served without a “face” like in Egypt, and is known for being darker in color and thicker than neighboring regions.

Yemen Coffee: In the Arabian Peninsula region, saffron and cinnamon sticks are often added to coffee to give it a golden appearance. They also frequently use a lighter-colored bean, which is where the name “mocha” originated from.

Instead of just learning about the broad traditions of each country, let’s take a look at some testimonials from one of the coffee-drinking language instructors at the Middle East Institute:

Güniz: (Turkey) Güniz drinks Turkish coffee every day after breakfast and dinner. The preparation is always the same and does not include honey or milk. She uses very finely ground coffee and heats it in a “cezve” which is a long-handled pot made from copper or brass.

Here is her routine, step-by-step:

Keep it at the "foaming" stage as long as you can without letting it come to a boil. You might even gently stir your brew a little bit at this stage. The more froth, the better it will taste. Also, your coffee must be fresh or it will not foam as well. If your brew gets too hot and begins to "rise", then move it away from the heat or just turn it down. You are almost done. Repeat this process until your foam has "raised" and "cooled" at the most couple of times. Then pour in your cups, while making sure that each cup has an equal amount of foam! If you are serving several cups then you might be better off spooning the foam into each cup.

Güniz always serves the coffee with a glass of water and a sweet treat like chocolate or cookies. Usually, she recommends waiting about half a minute until the grinds settle to the bottom of the cup. Then, it is ready for you to enjoy!

While in the United States, coffee is often something we brew and drink quickly as a way of preparing for our day ahead. In the Arab world, preparing and drinking coffee is a ritual that is taken very seriously and is used to bring people together. Majlis, rooms filled with sofas or cushions meant for receiving guests, were designed specifically for the purpose of gathering, meeting, and bringing all types of people together. At these majlis, coffee is always served and there are expectations that the guests will have at least one to three cups while staying. Another frequent gathering point is the coffee house, or the maqha, where friends, colleagues, and community members meet to engage in political discussions. At these maqhas, business is always done over coffee.

Although the cultural significance of coffee in the Arab world is still a force to be reckoned with, the encroaching influence of Western corporations like Starbucks is changing the way young people view coffee and the role it plays in their life. Since the influence of modern coffee culture is only going to continue to grow, it is ever more important that we take the time to remember the heritage behind this drink that we all love so much, and the significance it has played in the lives of millions before us.

Take a look at some common Arabic phrases relating to coffee!

Interested in learning more about Arab Coffee Culture? Enroll in the Education Center’s language classes or check out our private tutoring. Let us help you get the job, impress your fiance's family, or prepare for a trip abroad. For more information, please visit our language class home page.