Could Ukraine Offer a Template for Better US-Gulf Security Relations? 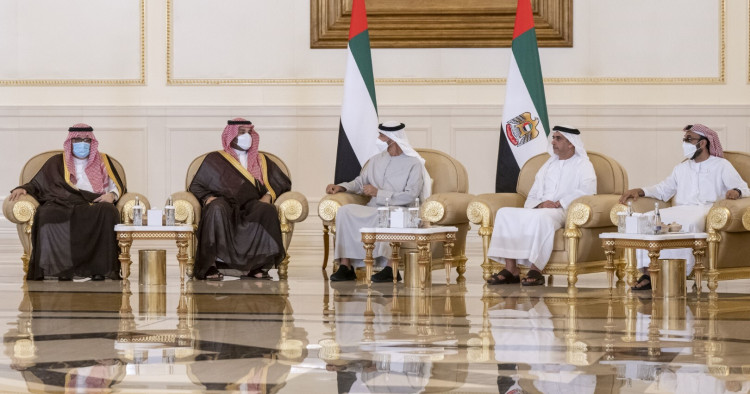 Relations between Washington and some of its traditional Gulf Arab partners, particularly Saudi Arabia and the United Arab Emirates, are at their lowest point in history, which is why the Biden administration on Monday sent a high-level delegation to Abu Dhabi: specifically to pay respects upon the death of former UAE President Sheikh Khalifa bin Zayed Al Nahyan and to congratulate his successor, Mohamed bin Zayed, but more generally to try to heal those ties.

There are grievances on both sides. Washington, long concerned about human rights violations during the Saudi-led war in Yemen, is freshly disappointed with Riyadh and Abu Dhabi for refusing to consider a U.S. demand to increase oil production to reduce soaring international prices and financially undercut Russian President Vladimir Putin’s war effort in Ukraine. Saudi and Emirati officials are disappointed with American leaders for, they say, doing too little to protect them from Iran.

This impasse can be overcome—though trust won’t be restored overnight and not all problems in the relationship will be solved—if Riyadh and Abu Dhabi agree to pump more oil, even if temporarily, and if Washington comes up with more effective ways to help defend Saudi Arabia and the UAE against missile and drone attacks by Iran and its proxies across the region.

The challenge is to identify what’s politically feasible for the Biden administration and what practical tools it can use to keep its side of this potential bargain. Formal U.S. security guarantees—which Saudi Arabia and the UAE are asking for—are off the table for a host of strategic and political reasons. But perhaps U.S. military assistance to Ukraine can offer a partial model. One major lesson from Russia’s invasion is that a formal defense pact with the United States is not required to be a recipient of generous, effective, and immediate U.S. security assistance during a military crisis.

Photo by Ministry of Presidential Affairs/Anadolu Agency via Getty Images