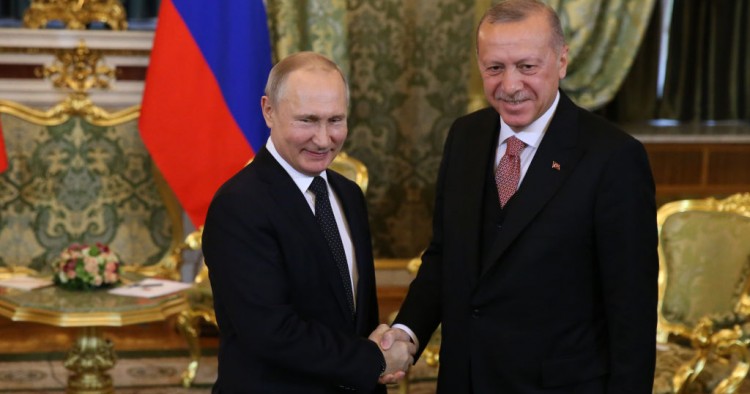 After threatening to carry out a solo operation in a region of Syria controlled by America’s Kurdish allies for months, President Recep Tayyip Erdogan finally followed through on his promise after a phone call with President Donald Trump, who gave a nod to the Turkish operation and decided to withdraw U.S. troops. The Turkish operation prompted an international outcry, including from the Turkish Cypriot president, and drew condemnation from human rights organizations for killings of civilians and alleged use of white phosphorus by Turkish forces and Syrian militias backed by Ankara.

Under increasing pressure from the Congress, Trump sent a delegation led by Vice President Mike Pence to Ankara. The delegation announced they had agreed to a ceasefire with the Turkish president. The agreement requires the Kurds to vacate the area in an arrangement solidifying Turkish aims and includes a conditional halt to American economic sanctions. On paper, the agreement seems to be a gift to Erdogan. But the terms of the deal are vague and whether it can be implemented is questionable at best.

The commander of Kurdish forces in Syria, Mazloum Abdi, said they would do whatever they can for the success of the deal, but other Kurdish officials declared they would not live under Turkish rule.

There are other complicating factors as well. U.S. officials refer to a “limited safe zone” controlled by Turkey, but Ankara insists it will stretch for the entire border from the Euphrates River to the Iraqi border. For Turkey to achieve that goal, it has to reach an understanding with Russia and the Assad regime, which moved into areas controlled until recently by Kurds, after they appealed for regime help to defend against the Turkish operation. To make his case for a safe zone stretching to Iraqi border, Erdogan is meeting with Russian President Vladimir Putin in Sochi tomorrow. Putin might accept a limited Turkish presence in the area for now, but he is unlikely to agree to Turkey’s current plans. Instead, he will probably ask Erdogan to stay away from the areas recently captured by the regime, point to Assad to solve Turkey’s problems with the Syrian Kurdish militia, and push for normalization of ties between Ankara and Damascus.