Erdogan’s efforts to split the opposition seem to be working 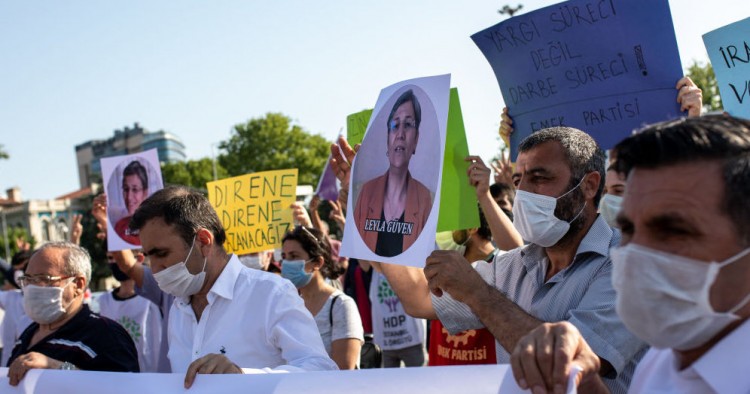 In a social media post last week, President Recep Tayyip Erdogan’s communications director, Fahrettin Altun, warned the public against what he called “manipulative” and “fake” public opinion polls. For those who have been undecided about the accuracy of recent polls suggesting a sharp decline in support for the Justice and Development Party (AKP), Altun’s post said it all. Erdogan is getting anxious not just about losing ground, but about polls making it public at a time when the rise of splinter parties is presenting his base with new options. Unwilling to look electorally weak, he asked his team to get ahead of the issue. But he has a lot more tools at his disposal to fight his rivals than just discrediting polls. One of them is changing the electoral law to make it difficult for opposition parties in Parliament to transfer some of their deputies to the newly launched parties led by Ali Babacan and Ahmet Davutoglu to help them reach electoral eligibility. Erdogan’s ally Devlet Bahceli, the leader of the far-right Nationalist Action Party (MHP), suggested the move after the leader of the main opposition Republican People’s Party (CHP), Kemal Kilicdaroglu, said he was open to the idea.

But a potentially far more effective strategy is Erdogan’s effort to crack the opposition bloc. The secularist CHP formed an official alliance with the nationalist Good Party (Iyi Party) and an unofficial one with the Islamist Felicity Party (Saadet) and the pro-Kurdish People’s Democratic Party (HDP) before last year’s local elections, dealing a huge electoral blow to Erdogan and the AKP. Ever since, Erdogan has intensified his efforts to criminalize the HDP and spread the narrative that the CHP is the HDP’s — and thus in his mind the Kurdistan Workers’ Party’s (PKK) — partner in crime. Last month, Erdogan alleged that the PKK attacked a group of government employees launched to help meet the needs of those 65 years old or older during the coronavirus lockdown, saying, “The perpetrators are the PKK in Van and the CHP in Adana.” Three opposition MPs in Turkey, two from the HDP and one from the CHP, have been detained on espionage and terrorism charges after being stripped of their parliamentary immunity. Announcing the appeals court’s decision to uphold the convictions of MPs who are charged with different crimes on the same day is Erdogan’s latest attempt to tie the CHP and the HDP together and provoke a crisis within the ideologically diverse opposition coalition. It seems to have worked. In criticizing the decision, the CHP condemned only the decision regarding its MP without any reference to those from the HDP. The CHP’s coalition partner Iyi Party, which has splintered from the nationalist MHP, toed the line.

The CHP and Iyi Party must be thinking that staying quiet when the democratic rights of the legitimate Kurdish political movement and its millions of followers are infringed upon is a good electoral strategy. But this is not only alienating millions of Kurdish voters who played a key role in the opposition victory in last year’s elections, but it is also hurting the opposition bloc’s claim to represent the country’s democratic aspirations. One cannot apply democratic principles selectively, but the opposition has long done exactly that. The CHP remained silent when the ruling coalition stripped the immunity of HDP MPs and appointed trustees to their municipalities. The CHP is now suffering the consequences of the same oppressive tactics. The CHP-led bloc must take a principled stance against Erdogan’s repressive measures, no matter who is on the receiving end, if it wants to have the moral high ground, appeal to the Kurds, and have a decent chance in the next elections.

Gönül Tol is the Director of MEI's Turkey Program and a senior fellow for the Frontier Europe Initiative. The views expressed in this piece are her own.