With an eye on 2023, Turkey continues its crackdown on the Kurdish political movement 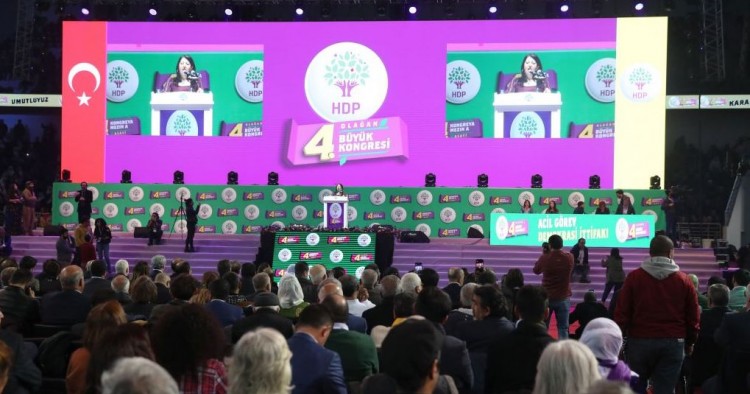 Turkey’s campaign against the pro-Kurdish Peoples’ Democratic Party (HDP) continues unabated. Last week, Turkish authorities detained four more popularly elected mayors in the country’s Kurdish south-east on charges of having links to the outlawed Kurdistan Workers’ Party (PKK). The mayors were removed from office and state-appointed trustees will take over their responsibilities. With the recent move, 45 out of the 65 HDP-run municipalities have been placed under state-appointed trustees.

Turkish President Recep Tayyip Erdogan has been pursuing a policy of criminalizing the HDP, which is the third-largest party in Parliament, since 2015 when his Justice and Development Party (AKP) lost its parliamentary majority thanks to the HDP’s capture of a historic 13 percent of the vote. But the government crackdown on the legitimate Kurdish political movement has accelerated after the Kurdish vote dealt another blow to Erdogan’s rule in the 2019 local elections. In its most severe electoral defeat to date, Erdogan’s AKP lost almost all major cities to the opposition, after the secularist Republican People’s Party (CHP) formed an official alliance with the nationalist Good Party (Iyi Party) and an unofficial one with the Islamist Felicity Party (Saadet) and the HDP.

The recent clampdown on the HDP comes against the backdrop of declining support for the AKP. Public opinion polls suggest the party and its ally, the hard-right Nationalist Action Party (MHP), are struggling to capture the 50 percent plus one vote necessary to win the 2023 elections. Unable to shore up his base due to the country’s growing problems, ranging from economic woes and the almost 4 million Syrian refugees to foreign policy headaches, Erdogan has rested his election strategy on dividing the opposition. He is hoping to drive a wedge between the HDP and the Turkish nationalists within the CHP and Iyi Party by linking the pro-Kurdish party to the PKK. Given the strong nationalist current within the opposition bloc, Erdogan’s strategy might well work.

In a sign that the opposition is falling for it, Iyi Party leader Meral Aksener said last week that the HDP is the continuation of the PKK. With such statements, Iyi Party is not only shooting itself in the foot but also putting the fragile opposition coalition at risk. As a party that splintered from the MHP, not on ideological grounds but on its opposition to Erdogan, strengthening the president’s hand might impact Iyi Party’s electoral fortunes and deal a blow to the opposition’s chances in 2023. The HDP’s leaders are already arguing that if the opposition wants their support, they have to be part of the official alliance. That requires Iyi Party to formulate a Kurdish policy that is different from the decades-old security-oriented policies of the past and the CHP to be more vocal in its criticism of Erdogan’s efforts to criminalize the HDP. Anything short of that will hand Erdogan another victory in 2023.

Gönül Tol is the Director of MEI's Turkey Program and a Senior Fellow with the Frontier Europe Initiative. The views expressed in this piece are her own.