The grim year ahead 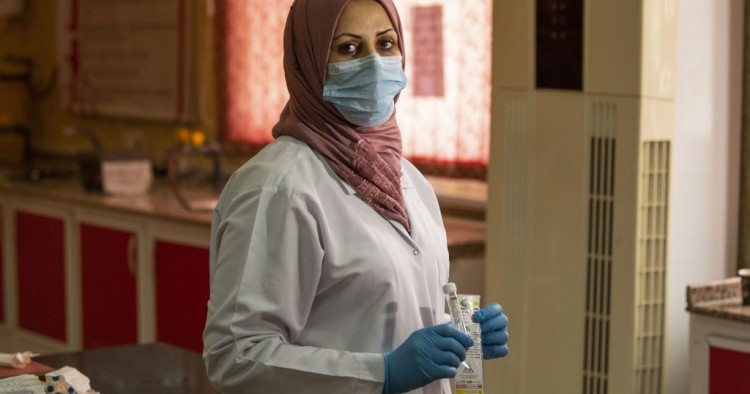 The Middle East and North Africa, like the rest of the world, should expect to be in this situation of on-again, off-again shutdown until a vaccine is confirmed and distributed. In the best scenario, this is at least 12 months away; it’s also quite possible that it is 18 months away or more. COVID-19 has already hit Iran hard, but it will begin ravaging other countries and communities in the weeks and months ahead.

It is impossible to estimate the number of deaths over the next year as the disease continues to spread. The population of the region is around 500 million; different countries have dramatically different levels of government response and health care capacity. Vulnerable communities in civil war zones, or under siege (e.g. Gaza), or in crowded and poor neighborhoods throughout the region will be hit particularly hard.

Taking rough models used in the U.S. and other countries, a “best-case” scenario for the region might see around 500,000 people dead. A grimmer, but not unrealistic scenario, might see deaths mount to several million. That would make the COVID-19 crisis deadlier than all the wars and civil wars in the modern Middle East since the fall of the Ottoman Empire. Only World War I, with its multiple famines and ravages, took a toll that high.

In all cases, the imperative for governments of the region should align along the same axes. Move quickly to slow the spread of the virus by social distancing and necessary shutdowns; urgently shore up public health capacities for the massive caseloads of the year ahead; move to provide socio-economic sustenance to the most vulnerable groups in society; and work with the private sector to limit the contraction of the economy and prepare for a rebound when the health emergency ends.

Given the vulnerability of communities in areas of civil war or siege, this crisis should again remind the region’s bickering leaders of the need to work together not only to de-escalate regional conflict and end civil wars, but also — God forbid! — to pursue regional cooperation, building on the obvious common interests and common fate that the peoples of the Middle East share.