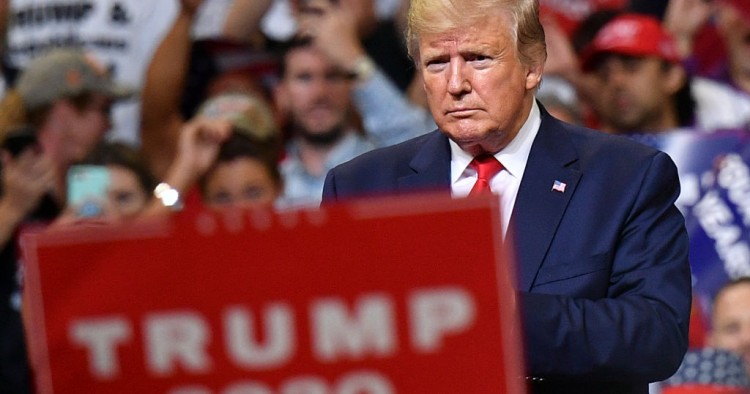 Microsoft and The New York Times have reported that Iran has targeted current and former U.S. government officials, journalists, and campaign staff affiliated with Donald Trump’s reelection campaign. The hacking has been relatively unsophisticated and breached only four accounts (none belonging to the reelection campaign itself). Iran, however, has demonstrated much more sophisticated capabilities in hacking and disinformation in previous cyber campaigns, and the U.S. should expect their interference to worsen in 2020 unless regional tensions subside.

Iran has begun operating more strategically and shrewdly in the cyber domain in recent years, learning from Russian and Chinese successes. In early cyber attacks against Saudi Aramco, U.S. banks, and Sheldon Adelson’s Sands Casino, Iran primarily sought to provoke fear rather than sustainably shift geopolitics in its favor. Lately, however, Iran has begun leveraging LinkedIn to hack espionage targets and has developed sophisticated disinformation campaigns to exacerbate distrust of its adversary governments. Iran’s disinformation campaigns have not reached the same scale as Russia’s in 2016, but they have followed the similar pattern of stoking tensions over divisive political issues regionally.

In 2016, Russia leveraged state-run media, hacks, strategic leaks, and social media bots to exacerbate tensions over issues like the Democratic nomination process, immigration, and police shootings. While this multifaceted campaign had the effect of swaying political support away from Hillary Clinton and toward Donald Trump, it more broadly escalated grievances among the far right and far left. If Iran chooses to follow the same playbook in 2020, it is likely to similarly cut across the Democratic-Republican divide, elevating alarm at the killing of Jamal Khashoggi and the war in Yemen, promoting foreign policy isolationism, and supporting skepticism toward the U.S.-Israel alliance — all issues that effectively undermine the American public’s support for Iran’s strategic adversaries in the region.