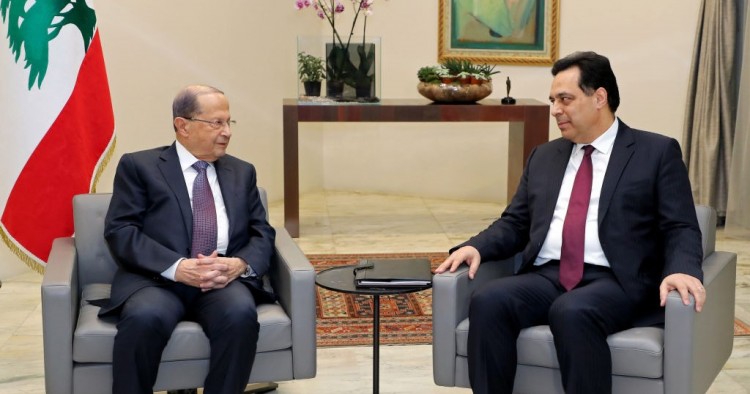 After three months of public protest and demands for fundamental change, Prime Minister-designate Hassan Diab announced the formation of a 20-member cabinet of technocrats. The cabinet is composed primarily of advisors and appointees representing the main political oligarchs and parties allied with Hezbollah. The cabinet includes a fair number of capable technocrats, but it does not have any political independence to speak of, and on all major matters will likely operate as a shadow government to the four or five men that still cling to power.

The protest movement has already generally rejected the new government, correctly charging that it merely represents the will of the oligarchs. There are already large protests in the capital Beirut. The new government will have a hard time making it to Parliament in the days ahead for its vote of confidence.

The new government is politically aligned with the pro-Hezbollah and pro-Syrian axis in Lebanon. Accordingly, even though it has some qualified technocrats in it, it is very unlikely to drum up the international and regional support that it needs in order to begin grappling with the economic collapse of the country.

The ruling oligarchy pushed this government forward likely in order to do two main things: (a) undertake a reshuffle among top military and internal security command positions to lock down the state’s security apparatus more tightly for the pro-Iran axis; and (b) take a number of necessary but painful economic decisions. In the latter case, and as this government is likely to preside over the economic collapse of the coming months, the oligarchy might be figuring that it’s best to link the collapse to a passing government of technocrats, and then they, the oligarchs, can be left to pick up political pieces afterward.

There is some positivity that for the first time in decades, the government is actually composed, for the most part, of fairly accomplished technocrats — and that was one of the demands of the protestors. But the other half of the demand is that they be politically independent. This demand has been flatly rejected. In this case, half is not enough.

This government is likely to be short lived, to preside over a steep decline in the economy, a dangerous swerve in the state’s security relationships, and growing social and political unrest in the country.