Monday Briefing: On the way out the door, Pompeo leaves a Yemen poison pill for the new administration 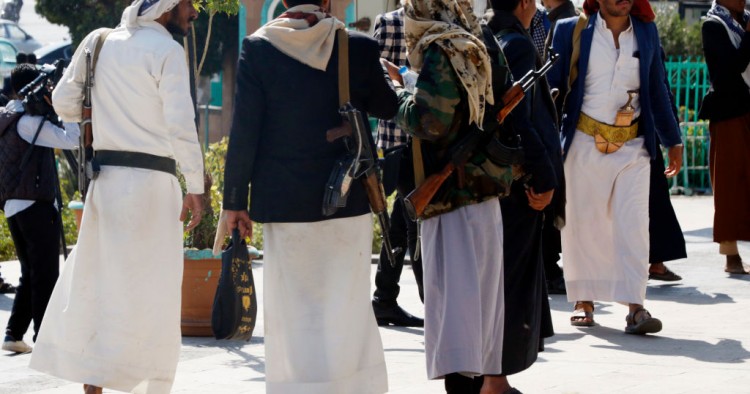 On the way out the door, Pompeo leaves a Yemen poison pill for the new administration

As predicted, Secretary of State Mike Pompeo announced late Sunday night that the administration would move forward with plans to designate Yemen’s Houthi movement as a foreign terrorist organization (FTO). The administration took the step, allegedly at the behest of Saudi Arabia, the UAE, and the Hadi government, despite protestations from the U.N., humanitarian organizations, and most experts who track Yemen, reportedly including those inside the administration.

Aside from placating Gulf partners, the rationale for designating the Houthis remains unclear. There is little reason to believe that it will affect the Houthis, who have little international presence outside of their relations with Iran, or their ability to sustain their military campaign in Yemen. The administration may also see this as one of their last opportunities to undercut Iran, although it’s difficult to see that it will have much impact on the Iranians either.

The administration insists that it will ensure that the designation will not affect the ability of humanitarian organizations to continue their critically important operations in Yemen, including the areas under Houthi control in which 70 percent of Yemen’s population lives. But the concern is that the secondary and tertiary order effects will nevertheless undermine those operations. Most of Yemen’s food and other essential supplies are delivered by private sector importers, not humanitarian organizations. Those importers are dependent on support networks, including banks, airlines, shippers, and others. If those groups decide that the risk of being penalized by the U.S. government outweighs the importance of serving the Yemeni market, the ability of the private sector to sustain operations will be severely damaged, if not ended. Perversely, these actions may, in the end, serve primarily the interests of Yemen’s robust smuggling networks, including the many Houthis who are benefitting from Yemen’s war economy.

In the end, the eleventh-hour decision to designate the Houthis may serve as another pointless exercise in Trumpian performance art — broadly meaningless and of little relevance except to the innocent bystanders who it will harm.

Tunisia’s incomplete transition, a decade on 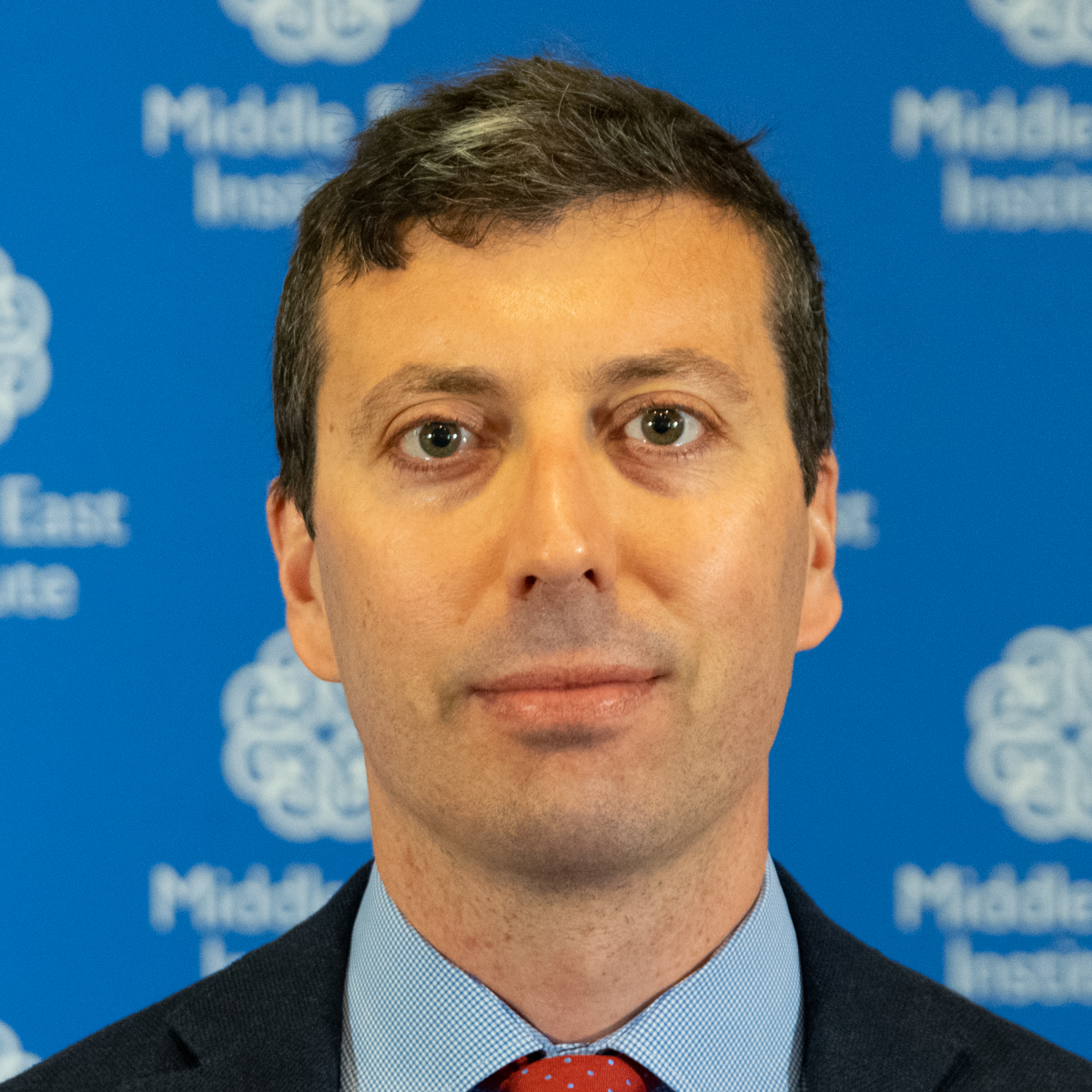 Ten years after President Zine el-Abidine Ben Ali’s overthrow from power, the state of Tunisia’s democratic transition is sobering at best. The country has witnessed growing polarization, reforms have stalled, a deteriorating security situation has brought back illiberal policies, and for too many Tunisians the day-to-day challenge remains how to make ends meet. As the pandemic rages, scores of Tunisian youth face the choice between unemployment and migration, even if the latter often means embarking on a dangerous journey toward an unwelcoming Europe. This was certainly not the outcome Tunisians had in mind when they took to the streets in 2011.

Yet, (Western) commentators’ growing gloom about Tunisia’s future is as unjustified and misleading as was their earlier excitement. Greater nuance, and above all a deeper appreciation for national dynamics, should temper the widespread tendency to endow Tunisia with too many exemplifying attributes. To be sure, a certain emphasis on the country’s “paradigmatic” value was perhaps unavoidable. After all, it was in Tunisia that the dubiously named and ill-fated “Arab Spring” first broke out, sending shockwaves across the region. The fact that it is a small and more homogeneous nation than some of its neighbors — one with comparatively deeper ties with Europe — further reinforced dichotomous views of a Tunisian “model,” or alternatively a Tunisian “exception.”

Yet, an assessment of Tunisia’s transition on its own terms better reveals the extent of the change and its significance. Beyond the value of specific reforms, not least the constitutional ones, the shift was one from a society under the straight-jacket of top-down rule to one increasingly animated by (and convulsed with) a growing range of bottom-up tendencies and dynamics. In all spheres, from the economy to politics, the transition is far from complete and long-standing problems are yet to be decisively addressed. Among others, corruption stands out as a formidable challenge. So does the twin plague of cronyism — a practice that is particularly difficult to eradicate among a small population that remains over-reliant on the public sector.

Yet, a seed was planted in 2011 that seems to have changed Tunisia forever. Tunisians have learned the value of freedom and, more concretely, the power of agency. While they may nurture doubts about the fate of their democratic experiment, disenchantment is not the only outcome. Many are sticking with the power to engage, and signally the power to protest — something Tunisian workers and Tunisian youth had started experimenting with before fall of the old regime. Recent movements pushing back against the prolongation of the state of emergency (declared after the 2015 terror attacks) and its accompanying restrictions on liberties are a case in point.

The economy will undoubtedly remain a crucial test going forward. Given the great uncertainty caused by the pandemic, significant setbacks are fairly likely. To the extent that the Tunisian revolution marked a cultural, not just a political, shift, a reversal to pre-revolutionary Tunisia has become nevertheless unthinkable. While this may seem little to some, it is a lot for a country that just 10 years ago was famed for featuring one of the most egregiously autocratic and kleptocratic regimes in the region.

Little of the luster the Imran Khan government once displayed remains. It came to power in August 2018 with the idea that by cleaning the nation’s political stables of corrupt, venal politicians, much of what plagues Pakistan in the form of unrepresentative institutions, social inequities, and economic malaise could be corrected. As prime minister, Khan fashioned himself as a populist able to rise above the din of politics and inspire confidence across the country’s various divides. Instead, after nearly two and a half years of his holding the reins of government, Pakistan today is little different from the country the prime minister promised to profoundly alter. The underlying sources of domestic discord remain. The Khan government currently finds itself embroiled with two familiar areas of domestic unrest, a political opposition unwilling to accept a sitting government and a public discontent with the country’s economy.

The sport of opposition party agitation thrives despite the discrediting of nearly all its top leadership through the government’s orchestrated judicial proceedings. Under the banner of Pakistan’s Democratic Movement, a coalition of parties with virtually nothing in common save the desire to bring down Khan has for two months rallied loyalists across the country against a government it charges with incompetence, mainly over its management of the economy and the ongoing pandemic. The parties have also threatened to cripple the government by resigning en masse from the national and provincial assemblies. They are especially desperate to prevent an upcoming Senate election, the opposition’s last vestige of power at the national level. Unlikely to budge the government from power, the parties hope to create enough turmoil to enlist the one force able of doing so, Pakistan’s military — this while the alliance’s leading party attacks the generals for propping up the regime.

Independently of the partisan wrangling, popular discontent with Khan is erupting, fueled mainly by anger over soaring prices for bread, sugar, eggs, and edible oils, among other food staples. While the country’s balance of payments and some other macro-economic indicators improved in 2020, these are meaningless to ordinary Pakistanis feeling the pressures of inflation and rising unemployment. The country’s GDP growth has ground to a near halt. Capital flight is increasing while foreign direct investment has virtually disappeared. A much prized Nissan assembly plant is shuttered as are the operations of a showpiece Chinese tire factory. Shutdowns brought on by a raging pandemic account for much of the country’s economic downturn and hardships. But in the popular view the Khan government’s inconsistent policies take much of the blame, along with the fiscal demands of Pakistan’s IMF agreement. Criticism of the civilian regime has also rubbed off on a Pakistan military widely believed to sign off on all of Khan’s key policies. The establishment has countered the mounting criticisms by closing several TV channels and further muzzling the country’s press. But neither the prime minister nor his military enablers seem likely to gain early relief from either of their intensifying headaches brought on by escalating political opposition and economic woes.