A new escalation in the US-Iran crisis 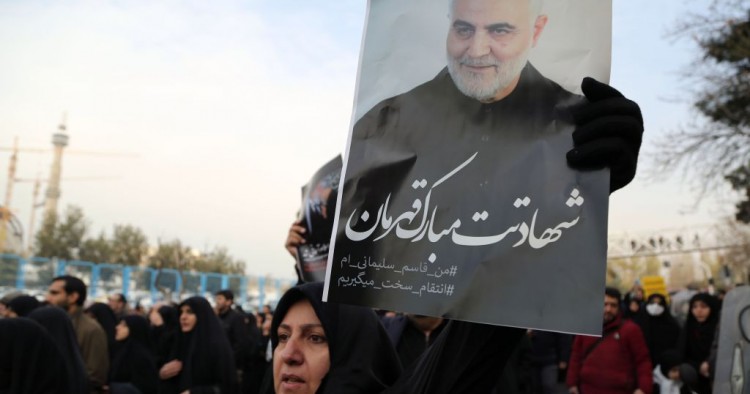 The killing of Gen. Qassem Soleimani marks a new escalation in the U.S.-Iran crisis. Since May, it was Iran that was escalating and Donald Trump who was not taking the bait; now it is the U.S. that has escalated in a significant way. We shall see where and in what way Iran responds.

We must keep in mind that Iran exercises what Barack Obama liked to call “strategic patience.” They pursue strategies and tactics that serve their interests, not emotions. Their interests remain to get Trump to ease off on crippling economic sanctions; to maintain or increase their influence in Iraq, Syria, and Lebanon; and to maintain regime security at home. The death of a senior military officer of theirs is significant but doesn’t change their institutional relations, their interests, or their overall strategy.

I see major repercussions in two arenas. First, in Iraq: it has been a long-term interest of Iran to push the U.S. out of its neighbor. It pivoted to this arena after escalations in the Gulf earlier in the year failed to get Trump’s attention. And it was in the context of Iran-backed attacks on U.S. assets in Iraq that the airstrike that killed Soleimani occurred. I expect that Iran will redouble its efforts — using security and political levers — to try to push the U.S. out of Iraq.

Second, in the region: Iran is likely to claim a “measured response,” and to attempt assassination of U.S. military, diplomatic, or other officials and/or personnel as their own official was targeted. Iran has a wide range of operations in both Iraq and Lebanon, but they could target U.S. personnel or assets in other parts of the Middle East as well.

Iran is still keenly interested in pushing Trump to offer direct or indirect economic relief. Through proxy operations against U.S. personnel or embassies, they could give Trump “several Benghazis” to get his attention during this election year.

Iran has no strategic or tactical interest in a region-wide war or in a major war-like escalation with the U.S. They might try to attack U.S. bases or positions in the UAE or Saudi Arabia, but I doubt that they will attack UAE or Saudi assets proper.

In closing, we can expect dangerous, but not unfettered, developments in the months ahead. No de-escalation or negotiation is in sight for 2020. But 2021 — with Trump 2.0 or a Democratic president — will present a major opportunity for broad negotiation. Iran will still be desperately in need of economic relief. If it’s willing to give up its strategy of maintaining standing militias in other peoples’ countries and behave more like a state than an ongoing religious revolution, then perhaps a deal can be done