The new Iraqi government and the Kurdistan Region 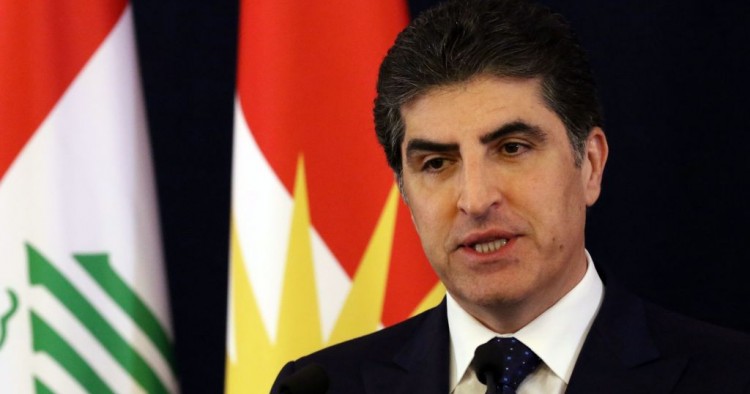 On May 9, Prime Minister Mustafa al-Kadhimi succeeded in obtaining confirmation from the Council of Representatives for 15 out of 22 members of his new cabinet, leaving the controversial ministries of Trade, Oil, Justice, Culture, Agriculture, Migration and Displacement, and Foreign Affairs for a second round of negotiations among the Shi’a, Sunni, and Kurdish political parties. However, and contrary to the previous government, whose cabinet vacancies lasted for months, al-Kadhimi is vowing to complete his cabinet by the third week of May — before the Eid-al-Fitr holiday.

The challenges facing al-Kadhimi’s government are enormous, including plummeting oil prices and the resulting severe economic hardship, the COVID-19 pandemic, the disintegration of Iraqi state institutions due to widespread corruption, and militias with transborder allegiances. These challenges have added to what was already a severe deterioration of public services, widespread unemployment, and an increase in the number of Iraqis under the poverty line. Despite Iraq’s monumental problems, the new cabinet also has tremendous opportunities before it, due to the converge of national, regional, and international interest in the success of al-Kadhimi’s government — a consensus that was rarely available to any of his predecessors. Furthermore, the Iraqi public, though still skeptical, has shown positive signs of trust in al-Kadhimi’s initial decisions.

One of the most promising opportunities available to the PM is robust Kurdish support, which in turn might lead to a breakthrough in reaching a sustainable agreement between Erbil and Baghdad. There are early signs that it may be possible to turn the page in the difficult relationship between the two governments, including Kurdish acceptance of exchanging the Ministry of Finance with the Ministry of Foreign Affairs, and facilitation with confirming al-Kadhimi’s cabinet despite delays to the confirmation of the Kurdish candidate for the Ministry of Foreign Affairs. In return, the PM has not nominated or appointed a new Army chief of staff, awaiting the Kurdish decision about their candidate for the position.

Al-Kadhimi’s premiership could usher in a new era where the incumbent PM believes in federalism and decentralization as effective governance policies to secure the sovereignty and unity of the Iraqi state. Such a vision and understanding of the regional and provincial situation could provide a strong starting point for the upcoming negotiations between Erbil and Baghdad. For its part, the Kurdish leadership has recently reduced its demands and focused its efforts on one key issue: the Kurdistan Regional Government’s (KRG) share of the national budget. The Kurdish leadership has steered away from controversial issues, accepting the need to postpone chronic and complicated problems, such as Article 140, until the new cabinet can strengthen its political standing and governance policies. Also, given the sharp decline in oil prices, both Baghdad and Erbil face similar challenges and want to avoid political unrest should there be a need for public sector salary cuts.

Nevertheless, Iraq still has plenty of political actors pursuing populist agendas that tend to push the government toward a more confrontational posture, especially extremist factions of the political establishment, such as the militias. This was evident in outgoing PM Adel Abdul-Mahdi’s decision to cut the budget for KRG public sector salaries during his last week in office, even though he was widely considered a friend of the Kurds. According to a member of the Kurdish delegation who visited Baghdad last week, “Iraqi officials have told Kurdish officials that the KRG should submit all revenues — including the region’s international airports as well as border gates — to Baghdad, and then receive a share of the federal budget. Even if the Iraqi Parliament were to approve al-Kadhimi’s cabinet by next week [and officially make him prime minister], the KRG still should submit its entire income to Baghdad if it wants to survive”— demands that are considered unrealistic and inapplicable given the KRG’s legal and constitutional status.

The historical relationship between PM al-Kadhimi and the Kurdish leadership will soon be tested in the upcoming negotiations over the KRG’s public sector salaries for May and June, which will then be followed by talks about the 2020 national budget. Based on the result of these discussions, Baghdad and Erbil will have a clear framework to negotiate chronic pending problems such as the disputed areas, including Kirkuk, and the hydrocarbon law by the beginning of 2021.

Shahla Al-Kli is a non-resident scholar at the Middle East Institute and an expert in international development and political economy. The views expressed in this piece are her own.