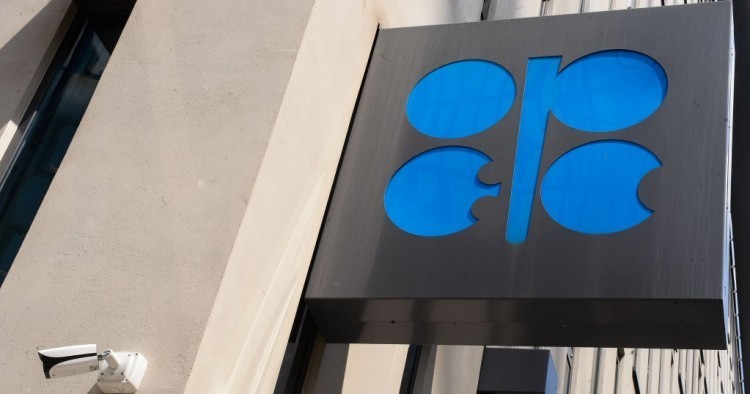 During their July 15 ministerial meetings, OPEC+ participants decided economic conditions supported gradually increasing production in August rather than extending the cap of 9.7 million barrels per day (bpd) for another month, as they had in June. OPEC+ plans to maintain formal production cuts of 7.7 million bpd through the end of December 2020, though Saudi Arabia’s energy minister, Prince Abdulaziz bin Salman, stressed that actual production cuts would be greater as countries that were unable to meet the May/June cuts would be compensating with additional ones through September. Oil futures markets appeared to accept the decision and were down only slightly by Friday morning.

The Chinese government reported 3.2 percent year-on-year GDP growth in the second quarter, representing a sharp recovery from the first quarter. U.S. job numbers in May and June were better than expected. On the non-OPEC supply side, Canadian oil production dropped by 20 percent during the first half of the year. U.S. oil inventories fell by a greater than expected 7.5 million barrels the week ending July 10, suggesting there might be appetite for some additional OPEC+ oil moving forward.

The Saudis pushed OPEC+ underperformers hard to improve their compliance with the agreement and their efforts appear to have been largely successful. OPEC estimated that June production cuts by OPEC+ participants were around 107 percent of commitment. This included additional voluntary cuts by Saudi Arabia, Kuwait, and the United Arab Emirates. Even adjusting for these voluntary cuts and additional “over conformity” with the June cuts, OPEC estimates that overall compliance with the agreement was 95 percent, the highest it has been since OPEC+ cooperation formally started in January 2017. The Saudis will continue to push compliance with the revised production cap, including pressing previous OPEC+ underperformers to over comply going forward.

Prince Abdulaziz also stressed that additional Saudi production would be used to meet increasing domestic demand from utilities and other sectors as COVID-19 restrictions eased. He estimated that Saudi domestic demand would amount to an additional 500,000 bpd in August, meaning that there would be no increase in Saudi exports. OPEC assessed that other OPEC+ participants would also face increased domestic demand as they slowly reopened during the hot summer months, limiting the amount of additional oil available for export.

So far, Saudi Arabia’s push for OPEC+ restraint appears to be working. Compliance with the agreement has increased and the production cuts have helped bring supply and demand back into balance. If projections of a gradual demand recovery in 2020 are accurate, the Saudis should be able to reaffirm their centrality as market stabilizers. The risk is that a second round of COVID infections in major markets again shuts down demand, which would require further production cuts at a time when member oil revenues are already being hit.

Oliver B. John is a non-resident scholar at the Middle East Institute and the founder and president of Astrolabe Global Strategy LLC, a political-economic consulting firm focusing on the Middle East. He retired from the U.S. Foreign Service in September 2019 after a 30-year government career. The views expressed in this piece are his own.