Political turbulence ahead in Tunisia 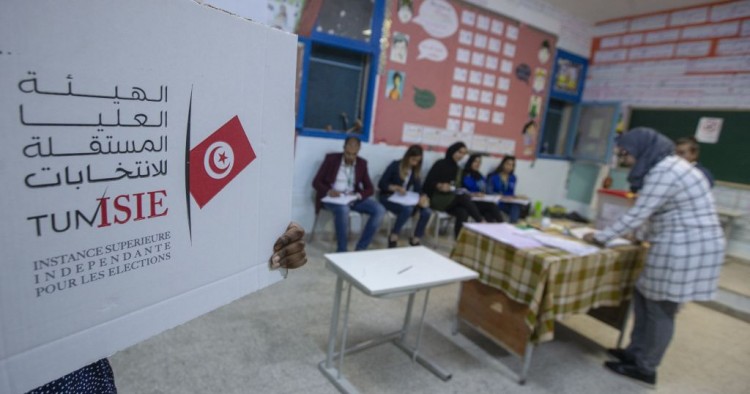 Taking place between two rounds of a presidential election that is going to be won either by an independent (Kais Saied, a jurist) or a media magnate currently under detention (Nabil Karoui, formerly with the secular big-tent Nidaa Tounes party), yesterday’s parliamentary elections in Tunisia are set to add to an increasingly uncertain political situation which could engulf the small North African country for the foreseeable future.

Official results will be fully known only later this week but available information points to a fragmented parliament in which a weakened moderate Islamist party Ennahda (polling at around 17 percent, down 10 points from the previous election) is reported to be in the lead but closely followed by Karoui’s Heart of Tunisia, a populist movement founded just months ago. Forming the necessary majority to elect a prime minister and form a new government might entail weeks, if not months, of difficult negotiations, whose successful outcome should not be taken for granted. The newly elected parliament reflects an increasingly factionalized political spectrum in which weaker traditional parties are faced with a range of new competitors, including myriad small groups and personal movements.

Eight years after the revolution, Tunisians seem to be swinging between disenchantment (only some 41 percent of the 7 million voters cast their ballot yesterday compared to almost 70 percent in 2014) and anti-establishment backlash. Behind the malaise are stubborn unemployment rates, high inflation, and chronic corruption. The latter continues to plague the country at all levels despite the hopes raised by a much hailed political transition that has made Tunisia a “model” for democratic change in the MENA region and beyond. Compounding Tunisia’s predicament is a fragile security situation which could rapidly deteriorate if any of the violent groups with links to the country decided to exploit the current volatility.

Against this backdrop, the stakes of next weekend’s runoff between Saied and Karoui have become even higher. After its own candidate failed to gain traction in the first round of voting, Ennahda announced it will throw its support behind the independent jurist, who is running on a simple platform of integrity and reform. If Saied were to get elected, maintaining his lead in the first round, that could encourage the formation of a new majority in parliament (although the powers of the two institutions are separate under Tunisia’s 2014 Constitution). While the formation of a diverse and broad constellation of forces around the newly elected president is not to be discarded at this stage, whether this new equation can replace the alliance between secularists and moderate Islamists that moved the transition peacefully forward after the fall of former President Zine El Abidine Ben Ali remains to be seen. Either way, months of political turbulence are to be expected.

Emiliano Alessandri is a non-resident scholar at MEI and an expert on Euro-Mediterranean relations with a focus on North Africa.