Public diplomacy and influence campaigns in the Middle East 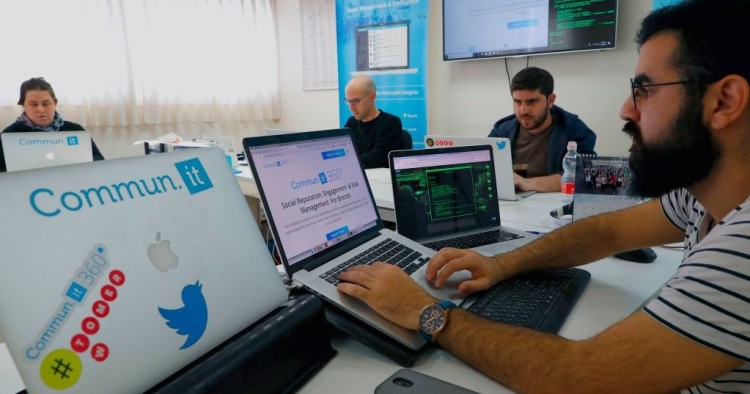 The digital age has empowered citizens in the Middle East and beyond in many ways, removing traditional obstacles to information and presenting new opportunities for making meaningful connections and building communities. In addition, it has reduced barriers to coordination, making it easier for citizens to mobilize and participate in collective action to challenge elites. However, amid this techno-optimism it is important to remember that for many people the reality is much less promising. Despite the empowering and liberating potential of new communications technologies, including widely available broadband internet access and mobile technology, the growing power and influence of autocrats is undermining pressure for human rights and good governance. Authoritarian regimes have embraced this infusion of technology as they continuously develop new ideas and approaches to navigate cyberspace, gain the upper hand, and preserve power.

Influence campaigns have become one of the many ways in which governments seek to reassert control over the media and civilians. In an effort to distort online speech, governments have evolved their manipulation techniques to include conducting disinformation operations. During the third panel of the MEI Cyber Program’s inaugural June conference, experts examined the development of online manipulation campaigns and discussed how governments conduct these operations, as well as the campaigns’ dangers, limits, and the best policies to encourage free speech online in the Middle East.

First, panelist James Shires explained that influence campaigns should be understood within a broader internet architecture that is open to manipulation. The rise of new media, specifically digital communication platforms, ushered in an era of sophisticated internet architecture, designed to enable manipulation for advertising. With advertising reimagined in a completely different context — one that allows companies to gather voluminous data for targeted ads — governments have also sought to take advantage of this new atmosphere to conduct their own influence campaigns.

To understand how disinformation operations are carried out, Mona Elswah cited the 2018 Iranian disinformation campaign targeting Arab users. The three stages of this operation included creating fraudulent Arabic news websites, setting up multi-platform accounts, and finally, disseminating websites in various platforms to propagate disinformation. While this example demonstrates a level of sophistication, Mona noted that researchers face obstacles in analyzing information operations and their effects due to limited fact-checking tools, access to data, and a shortage of research staff.

However, to help with the analysis of these types of operations, key distinctions first need to be made. Panelist Olga Belogolova emphasized the importance of categorization and definitions in this discussion, pointing to the critical need to establish working terminologies to distinguish between different forms of influence operations, especially in regional contexts such as the Middle East. This is a crucial lesson for researchers and policymakers seeking to examine influence operations from a Middle East perspective in the future.

Finally, given that the United States is both home to most of the leading social media firms and a close security partner to many governments in the MENA region, some of which have been accused of carrying out online influence operations, panelist Alia Awadallah emphasized the importance of directing considerable diplomatic and economic resources toward enforcing standards evenly across the region and helping civil society organizations amplify their messages online, as well as engaging constructively with governments that try to silence them. Overall, these main themes — of creating better and more informed context, and of filling in gaps in current data — will continue to inform researchers on the critical intersection of influence campaigns and Middle East affairs.

To view the full panel remarks, visit MEI on YouTube.

Ayael Alqarni is a master's candidate at the Elliott School of George Washington University, where she is pursuing a degree in Security Policy Studies and serves on executive board committee of the Elliott Graduate Student Forum. She is currently a research assistant with MEI's Cyber Program. Eliza Campbell is the Co-Director of MEI's Cyber Program, and a researcher in technology and human rights at the Center for Contemporary Arab Studies at Georgetown University. The views expressed in this piece are their own.