Syria: What the US could do 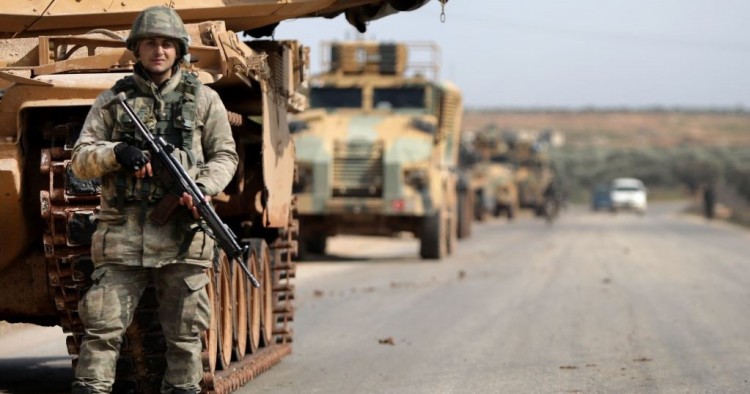 As predicted on Feb. 4, 2020, Turkey is running out of options in Idlib Province and in Syria. Aggressively taking on a task that is beyond its capabilities, the government in Ankara now is faced with doubling down on a high-risk gamble, hoping someone, somewhere will believe its bluff, or saving Turkey and the area from worse destruction.

There are two things the U.S could do, working together with the EU, NATO, and the UN. Aiding Turkey and with Turkish approval, it and its allies plus the UN could preemptively offer to set up refugee receiving areas on Turkish territory to manage the nearly 1 million people now crowding against the Turkish border. In the aftermath of the Vietnam war, the U.S. led the world in organizing the flood of refugees from Southeast Asia, maintaining them in camps near the region, and leading an effort to care for them and ultimately see to their orderly resettlement.

NATO’s role would be to protect Turkish territory, not the Turks in Idlib, with Patriot batteries under U.S. control, the sharing of intelligence, and the diplomacy necessary to deter the Syrians and Russians. At the moment, the only states not agreeing to a cease-fire are Turkey and Syria. There is no reason why NATO Secretary-General Jens Stoltenberg, representing the Alliance and U.S. Secretary of State Mike Pompeo, could not directly go to the Russians to press Damascus for a cease-fire. To the Turks, it is abundantly clear that no other country is going to go to war with Ankara over Idlib. A cease-fire is the only appropriate response.

There is no reason why the U.S. should undertake any military action in Idlib or which protects Idlib from outside. No-fly zones have been considered, and such zones require ground troops to provide security. That in this case would mean joining Turkey in its fight against the Syrians, Russians, and Iranians. There is no NATO obligation to protect Turkish forces in Idlib. If the U.S. contemplated going to war in Syria, it would never have chosen Idlib Province. It would have chosen to protect the Kurds against ISIS and worked with the Kurds to destroy ISIS. That’s what the U.S. actually was doing until President Donald Trump abandoned the Kurds to the Turks in a Sunday evening call in October without telling anyone in advance.

Turkey originally went into Idlib in October 2017 to ensure that the Kurds would not control the area. Ankara must have thought it clever to both secure a safe place for its opposition forces and push the Kurds aside. In October 2018, at Sochi Turkey and Russia agreed on a safe zone in Idlib, but there were three conditions, of which one was critical: that the rebels hand over their heavy weapons under Russian and Turkish supervision by Nov. 10, 2018. Instead, Turkey on multiple occasions asked Russia to push off the disarmament date. Each time, Russia made it clear that the al-Qaeda-affiliated militia in the Turkish-supported opposition forces must leave or disarm. Turkey has never fulfilled this commitment. The U.S. has no reason to protect terrorist troops in Idlib Province under any pretext.

I realize that it is very unlikely that this American administration would venture to lead an international effort to rescue, house, and process the refugees now facing death and destitution in northern Syria. However, the EU approach to refugees is breaking down, further triggered by Ankara’s new position that it will not stop the illegal flow to Europe. The urgency is increasing. In fact, it is the kind of American diplomacy that in the past has met the challenge of the mass movement of refugees. So there is an option that has been done, and it could be done, and if something similar is not done, this new nightmare will continue to unfold. Is anyone in Europe or the United States listening?

Ambassador (ret.) W. Robert Pearson is a non-resident scholar at MEI and a former U.S. ambassador to Turkey.