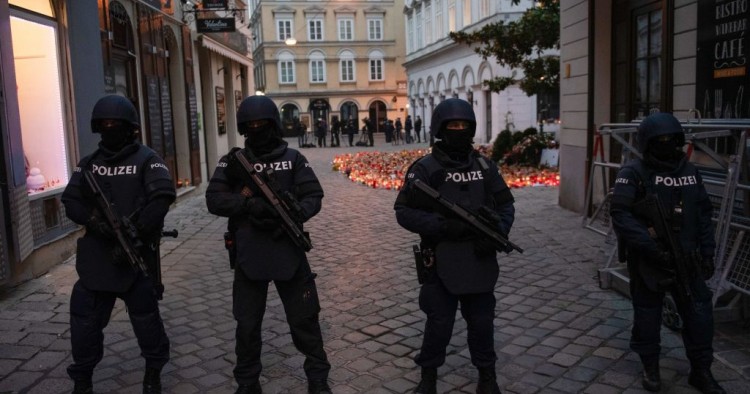 A twisty, narrow way in the cramped heart of Vienna’s oldest quarter, a busy street in an upscale neighborhood of Tehran, and remote woods in Nigeria seem unlikely to share a theme or have relevance for the incoming Biden administration.

As Viennese were enjoying their last night out in the little bars of the Innere Stadt on Nov. 2, before another COVID lockdown started, the music and good times were suddenly punctuated by the sharp staccato of gunfire. A young radical Islamist ran through the cobblestoned alleys near the old synagogue, shooting 27 people, four fatally, before being shot dead by police. An Austrian born son of immigrants, the 21-year-old shooter had previously been in custody for support of ISIS.

Three months earlier, in a comfortable neighborhood north of downtown Tehran, as residents walked along the tree-lined streets after dinner on a summer night, five shots rang out. Two men on a motorcycle sped away from the scene, leaving the driver and the passenger of a Renault bleeding out in the front seat. The killing came on Aug. 7, the anniversary of Al Qaeda’s murderous attacks on two U.S. East African embassies in 1998.

The dead man, known to the U.S. as Abu Muhammad al-Masri, had masterminded that 1998 operation and much else of Al Qaeda’s deadly activities. At the time of his death, he had become the deputy leader of the terror group and was living undercover in Iran. The New York Times reported that his death was carried out by Israeli intelligence assets at the request of U.S. authorities, who had al-Masri on the FBI Most Wanted List for years.