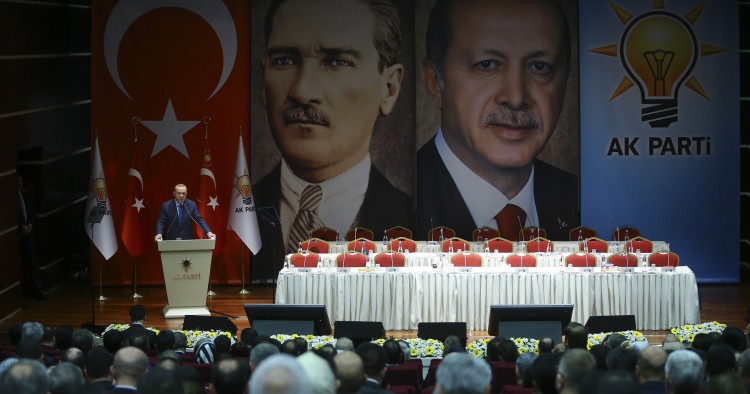 Turkish President Recep Tayyip Erdogan’s online address to students on June 26 was the latest sign that his efforts to shape Turkey’s young generation in his image have failed. Thousands of students joining the YouTube livestream disliked the video and used the comments section to criticize Erdogan and tell him that he wouldn’t get their vote. They were justifiably frustrated that the government had shifted the date of this year’s university entrance exam back and forth several times over the past few months, a result of poor pandemic-related planning. But in the days that followed, the students’ frustration turned into general anger at Erdogan. The video has received 422,000 dislikes and the hashtag #OyMoyYok—no votes for you—became a trending topic on Turkish Twitter. Not only did Erdogan’s office disable the video’s comments, but shortly afterward, Erdogan announced plans for new regulations to control social-media platforms or shut them down entirely.

A whole generation of Turkish youth has now grown up under Erdogan—first as prime minister, then as president. With half of the country’s population below the age of 32, what young people think has significant political ramifications. No one seems to know this better than Erdogan: Beginning in 2012, he embarked on a project to raise “pious generations.” His main tool to accomplish this has been the country’s education system, including by pouring billions of dollars into religious education. He dramatically increased the number of imam hatip secondary schools, which were originally founded by the state as vocational institutions to train young men to become imams and preachers, and extended this system to lower age groups. At regular public schools, he increased the number of hours dedicated to religious education and banned the teaching of evolution from the curriculum.

But religious schools are underperforming and have little appeal among Turkish youth. A recent poll found that religiosity is much lower in the younger generation, with far fewer describing themselves as “religiously conservative” than society as a whole. Growing numbers of young people—even students at imam hatip schools—are rejecting Islam altogether. A 2018 workshop organized by the Ministry of National Education in the traditionally conservative Anatolian town of Konya found that students in imam hatip schools are questioning or abandoning Islam in growing numbers. Many now consider themselves deists—people who believe in a divine being but don’t adhere to the tenets of Islam. Pro-Erdogan media portray deism as just another Western conspiracy, but for young people, disillusionment with religion and the government goes hand in hand. Under Erdogan, his critics say, Islam has been stripped of its moral core and instrumentalized to cover up corruption and legitimize his one-man rule. This pushes young people to search for other sources of moral authority.