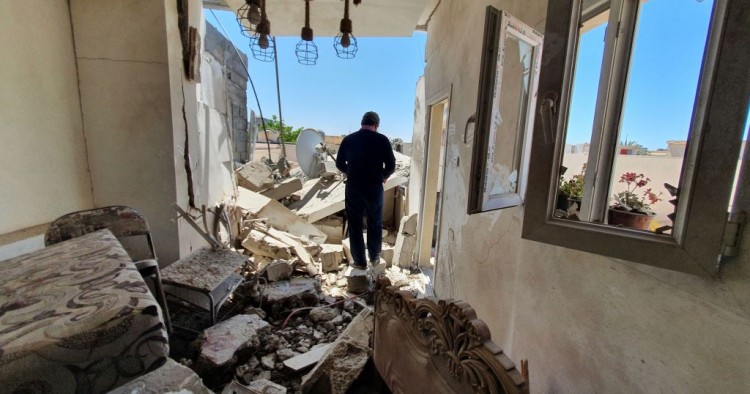 In a sign of escalating tensions, Turkey blocked Saudi and Emirati news websites on Sunday in response to Saudi Arabia’s decision to block the sites of Turkey’s state broadcaster. The reciprocal moves come just weeks after Turkish prosecutors indicted 20 Saudis over the killing of journalist Jamal Khashoggi, a critic of Saudi Arabia’s de facto ruler, Crown Prince Mohammed bin Salman, at the Saudi consulate in Istanbul in 2018.

The rift between Turkey and the two Gulf countries has been widening since the Arab uprisings. Turkey supported the uprisings and the Muslim Brotherhood, while Saudi Arabia and the UAE saw them as existential threats. There were attempts to ease the tensions with Saudi Arabia after the uprisings, but relations with the UAE has been deteriorating ever since. Turkey gave its full backing to the government of Mohammed Morsi in Egypt and became the most vocal critic of the military coup that later toppled him and saw the UAE-backed Abdel-Fattah el-Sisi assume power.

Turkey accused the UAE of financing the failed 2016 coup attempt, which the government blames the followers of Fethullah Gulen in the army for orchestrating. Turkish Foreign Minister Mevlut Cavusoglu reportedly told an invitation-only panel discussion that the UAE channeled $3 billion to the coup plotters. Turkey’s decision to side with Qatar during the 2017 Gulf crisis, in which Saudi Arabia, the UAE, Bahrain, and Egypt cut diplomatic and trade links with Doha after accusing it of establishing close ties with Iran and funding militant groups, further strained relations.

UAE-Turkish tensions have become apparent in Syria as well. Last year, the UAE’s minister of state for foreign affairs said that his government rejected Turkish plans to establish a buffer zone in northeast Syria and voiced his country’s support for the Syrian Kurds, Turkey’s arch enemy. The latest theater for these brewing tensions is Libya, where the two countries back opposing sides. Turkey supports the UN-recognized Government of National Accord, while the UAE supports Gen. Khalifa Hifter’s self-styled Libyan National Army forces in the east. Last week, the UAE reiterated its opposition to Turkey’s “military intervention” in Libya, saying it hinders international efforts to reach a comprehensive political solution, while Ankara has accused Abu Dhabi of backing “terrorists and coup plotters” in the war-torn country.

The tensions between the two sides are unlikely to ease anytime soon. The issues that strained relations are not only at the heart of regime survival for both countries, but from President Recep Tayyip Erdogan’s perspective, linking the UAE to two of his arch enemies, the Kurds and the Gulenists, serves as a nice distraction from the troubles he’s facing at home.