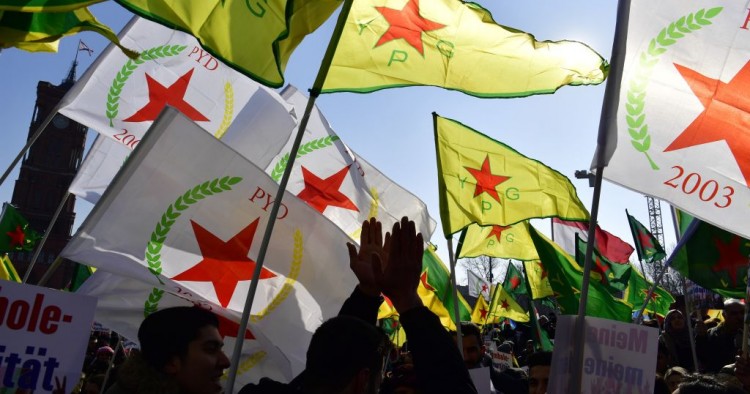 Washington has increased its efforts to push for unity among Kurdish factions in northeast Syria. A U.S. State Department delegation led by William Roebuck, deputy special envoy to the Global Coalition to Defeat ISIS, reportedly met with rival political umbrella groups: the left-wing coalition of the Movement for a Democratic Society (TEV-DEM), which is the key party in the governing coalition of the Kurdish-led administrations in Syria, and the Kurdish National Council in Syria (KNC), which is officially part of the Turkish-backed Syrian opposition.

This is not the first time these two rival groups had talks under mediation aimed at unification. The previous efforts by the U.S., French, and the UK governments at different phases of the war failed.

The uncertain political circumstances this time around make these efforts worth watching. There are also reports that the groups have started direct talks as well.

Both umbrella groups have important weaknesses that could persuade them to compromise. In the early days of the Syrian uprising, the KNC wasn't keen to coordinate with the Democratic Union Party (PYD), the main Kurdish political party in Syria. The KNC then had better prospects as a group given its involvement in international platforms on Syria from which the PYD was excluded. Later in the conflict, the PYD came to dominate the political scene in the northeast as its members set up the powerful People's Protection Units (YPG) that eventually defeated ISIS as the backbone of a multi-ethnic, multi-religious military coalition. The party then became less interested in comprising with the KNC as tensions between the Turkey-backed Syrian opposition and the PYD increased. Under Turkish pressure and faced with a diminishing U.S. influence in northeast Syria, the PYD has every reason to expand its allies in Syria. Steering the KNC away from Turkish domination is a compelling urge for the group as well.

The efforts are likely to have dual objectives. The first is to unify the Kurds to play a substantial role in political platforms that debate the future of Syria. The main Kurdish parties have been excluded both from the UN-led Geneva processes and the Astana process led by Russia, Turkey, and Iran. The absence of the main Kurdish forces in future negotiations on Syria is primarily due to the Turkish veto against them. It has also been the result of the policies of the Western powers, including the U.S., which engaged in a military partnership with the Kurds while refusing to extend political recognition as legitimate partners. If the U.S. changes its approach to engagement with the Kurdish parties, then the Kurds will be more likely to become part of future negotiations.

The second aim is to alleviate Turkey's hostility toward northeast Syria by including the KNC. That is harder to achieve since Turkey's antagonism toward the Kurds in Syria is not limited to the groups that Ankara says are linked to Kurdish militants in Turkey. So far, when Turkish troops capture Kurdish-majority areas in Syria, they not only target the Kurds linked to the PYD, but also remove public signs in Kurdish and frequently replace them with ones in Turkish, suggesting Turkey's unease even with expressions of Kurdish ethnicity.

A non-resident scholar at MEI, Guney Yildiz is a researcher and journalist based in London with a focus on Turkey, Syria, and the Kurds in the Middle East. The views expressed in this piece are his own.