Washington and Baghdad’s new government: A test of economics 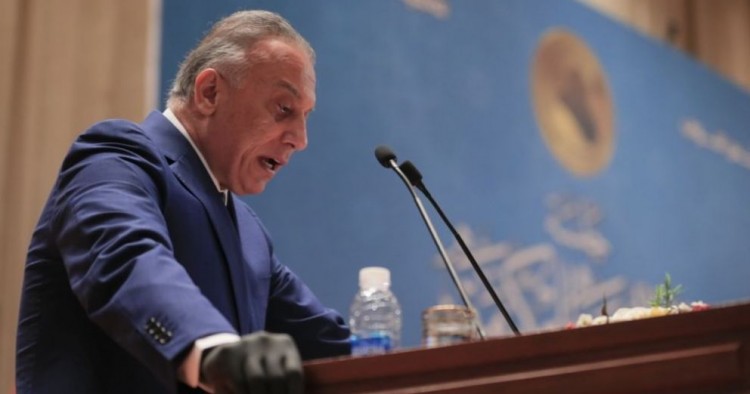 It is no secret that Mustafa al-Kadhimi’s government is backed by the United States. After almost two years of struggling to deal with Prime Minister Adel Abdul-Mahdi, Washington is back in the driver’s seat in the Iraqi swamp. Many would say this is a blow to Tehran, but others may differ. At a time of intense economic difficulties, a domestic health crisis, and biting sanctions — and with no means to consolidate the Shi’a political house after losing its two key whips — Iran is watching from afar. Facing the most critical economic crisis in its history, Iraq is too hot to even toss around between the two actors.

So for now, Washington has been left with the task of saving Iraq economically — and with it the last chance at a pro-Western Baghdad. It is an immense task, but it is still doable, as recent history suggests. Under the government of Prime Minister Haider al-Abadi, the U.S. provided crucial assistance. On the world stage, Baghdad was aided in its fight against ISIS, while the IMF and World Bank were incentivized to help the country’s ill-managed public financial system. Credit lines, U.S. government guaranteed dollar bonds, and assistance with fiscal consolidation of Iraq’s finances will definitely aid Mr. al-Kadhimi. However, Mr. al-Abadi dealt with Obama’s administration and Mr. al-Kadhimi is dealing with Trump’s — apples and oranges.

Recently, President Donald Trump boasted about his approach to dealing with Saudi Arabia on the matter of OPEC+. He laid out his carrots and sticks, and made clear he expected concessions in return for protection. The big question is, what is Baghdad expected to concede in return for Trump’s investment? Iraq’s crown jewel is its energy sector. With monthly revenues from oil exports dwindling from over $6 billion in January to $1.4 billion in April due to lower oil prices, Iraq is in a difficult negotiating position. Yet, energy wise, the U.S. government has acted positively by extending its sanctions waiver for Iranian electricity imports by 120 days. This is a critical lifeline needed to pass the test of Iraq’s scorching summer and the likely ensuing social unrest. The latter wasn’t seen last summer given better service provision. With the U.S.-Iraq strategic dialogue set to start in June, Baghdad may want to leverage American interest in the sector for long-term gains, especially the development of Iraq’s natural gas and power capacities.

Mr. al-Kadhimi has to seize this opportunity of greater U.S. involvement to sow the seeds for adopting free market economics and reforming an inherently broken rentier state, all while striking a balance between short-term gains and long-term concessions. The main challenge will be turning things around economically in just two years, or perhaps even less. Remember, Tehran is watching, the Shi’a political house is fragmented, and the final test is the next elections. And this is a test Mr. al-Abadi previously failed despite open U.S. support.

Yesar Al-Maleki is a non-resident scholar at MEI, energy economist, and Middle East observer with an extensive knowledge of the intertwining subjects of energy, geopolitics, and economics in the region. He is the managing director of the Iraq Energy Institute (IEI) in Baghdad, where he leads research programs on Iraq’s and Iraqi Kurdistan's oil, natural gas, and power sectors, as well as water and environmental challenges, economy, and politics. The views expressed in this piece are his own.