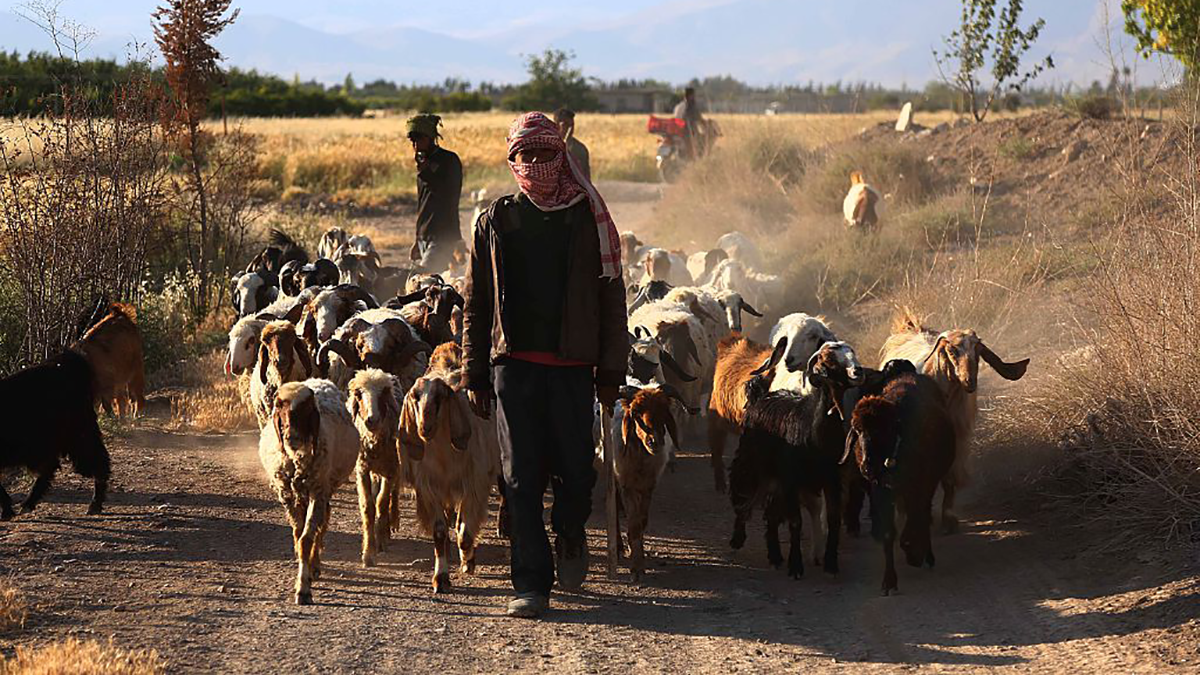 Since the outbreak of civil war in 2011, Syria has encountered severe land degradation due to climate change and protracted violence. As agriculture is one the main drivers of the Syrian economy, communities have been struggling to survive and as many as 6.5 million Syrians have been left food insecure and another 4 million are at risk of becoming food insecure. Global Communities’ report, "Resilience through Humanitarian Assistance: Agriculture in the Syria Conflict," demonstrates how coupling immediate assistance and longer-term support has helped Syrians maintain their land, their livelihoods and their food security despite the ongoing war.

How can assistance programs bridge the gap between humanitarian relief and development in conflict zones? How can investment in agriculture build community resilience despite Syria’s struggling economy? What is the impact that these programs can have on Syrians within Syria, including IDPs as well as refugees?

The Middle East Institute (MEI) is pleased to host a panel discussion featuring Linda Ohman, who will be joining us from Global Communities' Turkey office and Norwegain Refugee Council's Basma Alloush. MEI's scholar Wa'el Alzayat will moderate the discussion.

Basma Alloush is the advocacy and communications officer at NRC USA.  Alloush obtained her Master's degree at The Fletcher School of Law and Diplomacy where she focused on Transitional Justice, Human Security, and Conflict Resolution.  Alloush completed her thesis project on the role of diaspora in transitional justice processes with a particular focus on the Syrian and Liberian cases.

Linda Öhman is currently based in Global Communities’ Turkey office where she manages community based programing in northwestern Syria. She brings over 15 years of experience in humanitarian and development work with nongovernmental and intergovernmental organizations, including more than eight years implementing programming in the Middle East and specialized expertise in protection, gender mainstreaming, resilience and strategic planning. In her current role,  Öhman is responsible for management and oversight of food security, agriculture, shelter rehabilitation, and community infrastructure rehabilitation activities through direct implementation and together with national partners.

Scholar, MEI; CEO, Emerge USA
Wa'el Alzayat recently became CEO of Emerge USA, a leading Muslim American civic engagement organization, after a decade of public service at the State Department. He is also an adjunct professor at the Georgetown University School of Foreign Service. As senior policy advisor to the U.S. Permanent Representative to the United Nations, Amb. Samantha Power, he focused on national security, non-proliferation, and humanitarian issues concerning Iraq, Syria, and the broader Middle East. He previously served as the Syria outreach coordinator at the Department of State from 2012 to 2014. Prior to that he was special assistant to U.S. Ambassador to Iraq James Jeffrey from 2011 to 2012, and served on the Iraq and Egypt desks from 2007 to 2011. Alzayat served as a provincial affairs officer for Anbar, Iraq at the U.S. Embassy in Baghdad from 2007 to 2008, providing policy and operational guidance to provincial reconstruction teams in Fallujah, Ramadi, and al-Asad provinces.