By, With and Through Partner Special Forces in the Middle East 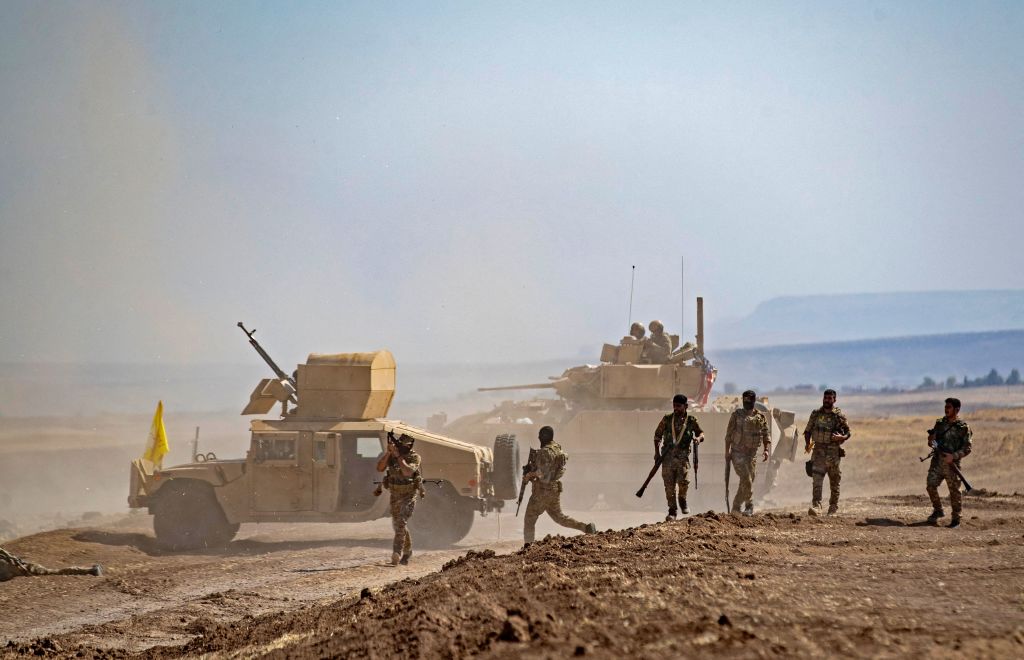 No U.S. military campaign in the Middle East has demonstrated the importance and benefits of working with partner Special Forces more than the fight against ISIS. Operating alongside local forces in Iraq, Syria, and elsewhere, the U.S.-led coalition was able to destroy the caliphate and severely degrade the capabilities of ISIS. Should the future of U.S. security cooperation in the Middle East be focused on building the counterterrorism and counterinsurgency capabilities of indigenous Special Forces? What are the challenges and opportunities of this approach to U.S. security cooperation in the region? What lessons can be learned from the anti-ISIS fight? Our three speakers, who have in-depth expertise on and direct experience in this subject, will help us address these issues and many more.

Katie Crombe
Lt. Col. Crombe has served in a variety of strategy and planning roles across the Middle East and currently serves at U.S. Special Operations Command Central as the Director of Strategy and Plans. Prior to this assignment, Katie served at U.S. Central Command, where she led the planning team charged with the D-ISIS campaign plan within the strategy and plans directorate prior to being selected as the CENTCOM commander’s aide-de-camp. Katie also spent three years working at the U.S. Embassy in Amman, Jordan, overseeing bilateral, coalition, and interagency plans, culminating with serving as the planning advisor to the Jordanian Chief of Defense for the Syria crisis and initial operations to combat ISIS along the Jordanian border.

Michael K. Nagata
Nagata retired from the US Army in 2019 after 38 years of Active Duty, with 34 years in U.S. Special Operations. His final position was Director of Strategy for the National Counterterrorism Center from 2016 to 2019. He previously served as Commander of U.S. Special Operations Command-Central and was responsible for Special Operations across the Central Command region from 2013 to 2015, and was heavily involved in the first two years of combat operations against the Islamic State in Iraq, Syria, and elsewhere.

Joseph Votel
Gen. Joseph Vote retired as a four-star general in the United States Army after a nearly 40-year career, during which he held a variety of leadership positions, including most recently as commander of U.S. Central Command (CENTCOM) from March 2016 to March 2019. During his military career, he gained extensive operational experience across the Middle East, Levant, Central and South Asia, Northern Africa, and the Horn of Africa. He was awarded numerous medals and distinctions, including three Defense Distinguished Service Medals, an Army Distinguished Service Medal, three Defense Superior Service Medals, two Legion of Merit medals, and four Bronze Star Medals.

Bilal Y. Saab
Saab is a political-military analyst on the Middle East and U.S. policy toward the region. He specializes in the Levant and the Gulf and focuses on security cooperation between the United States and its regional partners, and national security and defense processes in Arab partner countries. He is the author of Rebuilding Arab Defense: U.S. Security Cooperation in the Middle East.