Biological Warfare and Pandemics in the Middle East: Confronting a Growing Crisis 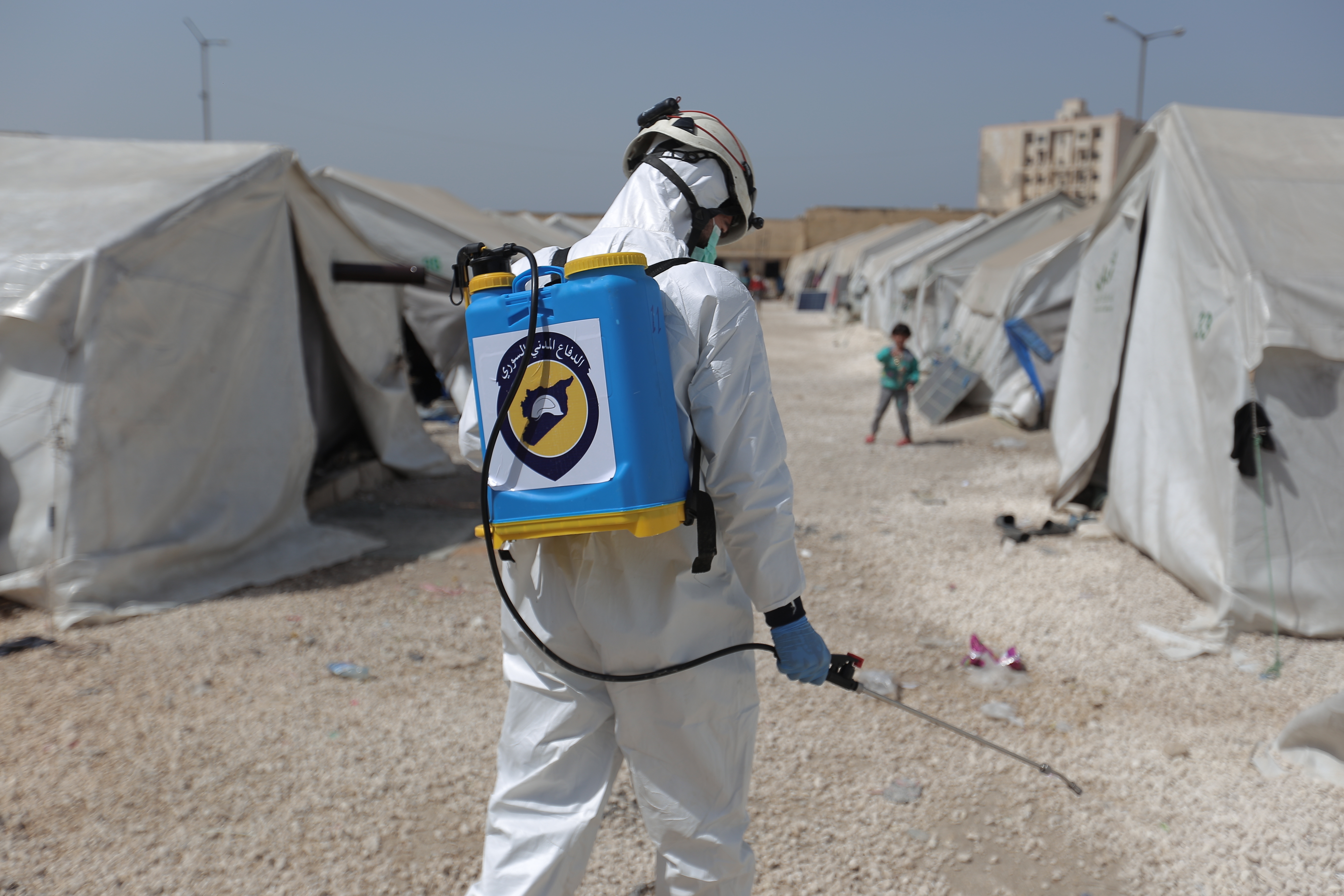 The global outbreak of COVID-19 has highlighted the necessity for cooperation among governments in the Middle East, creating an opportunity to overcome geopolitical rivalries in an effort to contain the virus. Unfortunately, the damage of COVID-19 in the Middle East has been quick and massive. There is evidence of some information sharing and training exchanges between Israel and the West Bank, but there is a much greater disparity in information sharing between Israel and the rest of the Arab world.

How can regional cooperation help mitigate the impact of the coronavirus? Can momentum be built up to share information regarding the potential threat of biological weapons? What global measures should be pursued to prepare for bioweapon attacks from non-state actors?

Jessica Bell
Senior program officer, Global Biological Policy and Programs, Nuclear Threat Initiative
Jessica A. Bell joined the Nuclear Threat Initiative (NTI) as a senior program officer for global biological policy and programs in February 2019. In this role, she works on projects to strengthen global health security, primarily NTI’s Global Health Security Index. Prior to joining NTI, Bell served as a senior advisor to the Defense Threat Reduction Agency’s Cooperative Threat Reduction (CTR) program, where she helped to shape CTR’s strategic messaging, engage key stakeholders across the nuclear, chemical, and biological threat reduction communities. She also served in a Booz Allen leadership role supporting the Biological Threat Reduction Program, where she assisted in the development of programmatic guidance, threat-reduction metrics, and requirements documentation while also managing a large team of global health specialists. At Booz Allen, Bell consulted for multiple offices within the Defense Threat Reduction Agency, the Office of the Deputy Assistant Secretary of Defense for Countering Weapons of Mass Destruction, and the Department of Homeland Security’s Office of Health Affairs.  She also served as an operational research and development team member of “Project Argus,” a disease-prevention initiative at Georgetown University focused on detecting catastrophic biological events on an international scale.

Asha George
Executive director, Bipartisan Commission on Biodefense
Asha M. George is a public health security professional whose research and programmatic emphasis has been practical, academic, and political. She served in the US House of Representatives as a senior professional staffer and subcommittee staff director at the House Committee on Homeland Security in the 110th and 111th Congress. She has worked for a variety of organizations, including government contractors, foundations, and nonprofits. As a contractor, she supported and worked with all Federal Departments, especially the Department of Homeland Security and the Department of Health and Human Services. George also served on active duty in the U.S. Army as a military intelligence officer and as a paratrooper. She is a decorated Desert Storm Veteran.

Chen Zak Kane
Director, Middle East Nonproliferation Program, James Martin Center for Nonproliferation Studies
Project Lead, ME WMDFZ Project, United Nations Institute for Disarmament Research
Chen Kane joined the James Martin Center for Nonproliferation Studies (CNS) after serving as a fellow in the nonproliferation program at the Center for Strategic and International Studies (CSIS). Previously, she worked for the Israel Atomic Energy Commission (IAEC), eventually becoming director of external relations. Kane has also held research positions at the Belfer Center for Science and International Affairs, Harvard University, and the Washington Institute for Near East Policy. Kane was an adviser to both the Jebsen Center for Counter-Terrorism at Tufts University and the Crown Center for Middle East Studies at Brandeis University. She also served as an officer in the Israeli Defense Forces. Kane focuses on projects related to reducing the proliferation of weapons of mass destruction and terrorism, with a particular focus on the Middle East. In addition, she examines means to strengthen the International Atomic Energy Agency’s safeguards system and the projected expansion of nuclear energy in the Middle East. She continues her affiliations as a non-resident research associate with the Managing the Atom project at Harvard’s John F. Kennedy School, as an advisor to the National Nuclear Security Administration, and as an adjunct professor with the National Defense University.

Bilal Saab, moderator
Senior Fellow and Director of the Defense and Security Program, Middle East Institute
Bilal Y. Saab is a senior fellow and director of MEI’s Defense and Security Program. He is a political-military analyst on the Middle East and U.S. policy toward the region. He specializes in the Levant and the Gulf, and focuses on security cooperation between the United States and its regional partners, and national security and defense processes in Arab partner countries. Prior to MEI, Saab served as Senior Advisor for Security Cooperation (SC) in the Pentagon’s Office of the Secretary of Defense for Policy, with responsibilities for U.S. Central Command (CENTCOM). In his capacity as the Department of Defense’s lead on security cooperation in the broader Middle East, Saab supported the Under Secretary of Defense for Policy's responsibility for SC oversight by leading prioritization and strategic integration of SC resources and activities for the USCENTCOM Area of Responsibility. Saab is a term member (2016-2021) with the Council on Foreign Relations (CFR) and a recipient of the International Affairs Fellowship (2018-2019) with CFR.