Combating Cultural Crimes: Where Are We Now? 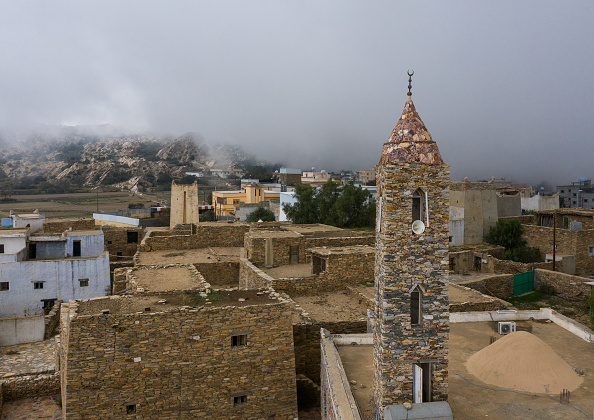 Three years ago, the Middle East’s cultural heritage faced a grave threat as ISIS and extremist organizations transformed archaeological, historic, and religious sites into a weapon of war, destroying sites from Palmyra to Mosul.

In response to this growing emergency, a multidisciplinary group of experts convened by the Antiquities Coalition, the Middle East Institute (MEI), and the Asia Society came together to explore solutions and serve as an ongoing resource to policymakers.

The resulting 2016 report, #CultureUnderThreat: Recommendations for the U.S. Government, called for new policies, practices, and priorities to reduce heritage destruction and looting, end impunity for the illicit trade in cultural patrimony, and sever this key source of funding for violent extremist groups.

In celebration of World Heritage Day, please join MEI and the Antiquities Coalition for the release of #CultureUnderThreat: Three Years Later, a report on the present status of each of these original recommendations.

Domenic DiGiovanni
Vice president, Red Arch
Domenic Digiovanni serves as vice president of Red Arch Cultural Heritage Law & Policy Research, a nonprofit that researches solutions to legal, political, and risk management problems impacting endangered cultural property. He also is an advisor on Red Arch’s K9 Artifact Finders project, a collaborative effort with the University of Pennsylvania that seeks to train canines to find Middle Eastern antiquities concealed in shipping conveyances. He was involved with approximately 60 seizures of antiquities, totaling over 1500 objects from a dozen countries worldwide. He has partnered with other U.S. investigators to uncover transnational antiquity smuggling networks. In 2011, DiGiovanni received an Investigator of the Year Award from the Federal Law Enforcement Foundation. In 2012, he was awarded the Executive Associate Director’s Award from Homeland Security Investigations, for outstanding investigative accomplishments in illicit trade and commercial fraud. He has been featured in the documentary “Hidden Idols,” from FiveThirtyEight and ESPN Films.

Arlene K. Fleming
Cultural resource; Development specialist,The World Bank
Arlene K. Fleming is the cultural resource and development specialist at the World Bank. For 20 years, she has developed projects focused on bringing new financial resources, technologies and approaches to cultural heritage conservation and management for social and economic development. At the World Bank, Fleming has participated in creating investment projects for cultural heritage in Turkey, Lebanon, Tunisia, Morocco, China and Eritrea, where she managed the Cultural Assets Rehabilitation Project. Her responsibilities also included re-formulating the Bank’s policy for safeguarding cultural heritage through the Environmental and Social Impact Assessment process, and she continues to advise and train Bank staff and client country officials in policy compliance. She has written and lectured on international standards for protecting cultural heritage during infrastructure development, changing climate and weather conditions, armed conflict, occupation, migration, and reconstruction. Fleming was co-founder of the Cultural Heritage Section in the International Association for Impact Assessment and serves as co-chair. She has undertaken heritage projects sponsored by the World Monuments Fund, the Getty Conservation Institute, ICOMOS, UNESCO, the U.S. Department of Defense, the Forest Service, and National Park Service.

Laura Patten
Specialist leader, Deloitte Financial Advisory Services LLP
Laura Patten leads Deloitte’s Art and Finance practice in the United States, which provides consultative and strategic advisory management services, as well as tax and audit services, to private- and public-sector entities that display, finance, insure, purchase, ship, and sell artwork. Patten focuses on strategic risk management as a creator of value. As such, she advises clients about complex representational, regulatory, investigative, and cyber matters in a global marketplace. Before joining Deloitte, she held leadership positions in the U.S. government, including multiple senior intelligence community roles, both in the United States and abroad. Patten is a published author and a widely sought speaker about cross-border business, national security, and cultural affairs in the 21st century.

Larry Schwartz
Former deputy assistant secretary, Bureau of Near Eastern Affairs, U.S. Department of State
Larry Schwartz was the former deputy assistant secretary at the Bureau of Near Eastern Affairs at the U.S. Department of State. He advocated for bilateral cultural heritage agreements between the United States and countries in the Middle East region. As Minister-Counselor for Public Affairs in New Delhi (2006-2009), in Islamabad (2009-2010), and as public diplomacy director in the Bureau of South and Central Asian Affairs (2003-2006) he supported and expanded partnership programs to restore and protect cultural property.

Tess Davis (moderator)
Executive director, The Antiquities Coalition
Tess Davis serves as the executive director of the Antiquities Coalition. Since 2013, Davis has been affiliated with the Scottish Centre for Crime and Justice Research, at the University of Glasgow. She came to Scotland from the Lawyers’ Committee for Cultural Heritage Preservation — a not-for-profit institution based in Washington, DC — where she was executive director until 2012. She previously worked for the nongovernmental organization Heritage Watch in Cambodia, first as project coordinator, and finally assistant director. Her career began at the Archaeological Institute of America. For the last decade, Davis has conducted extensive field research on the illicit trade in Cambodian antiquities, as well as legal research on the kingdom’s cultural property law. She also conceptualized and implemented a number of exciting projects in the country, including an exhibition at Angkor Wat about threats facing the temple, a hotline for the public to report archaeological discoveries or looting, and a children’s book entitled “If the Stones Could Speak.”