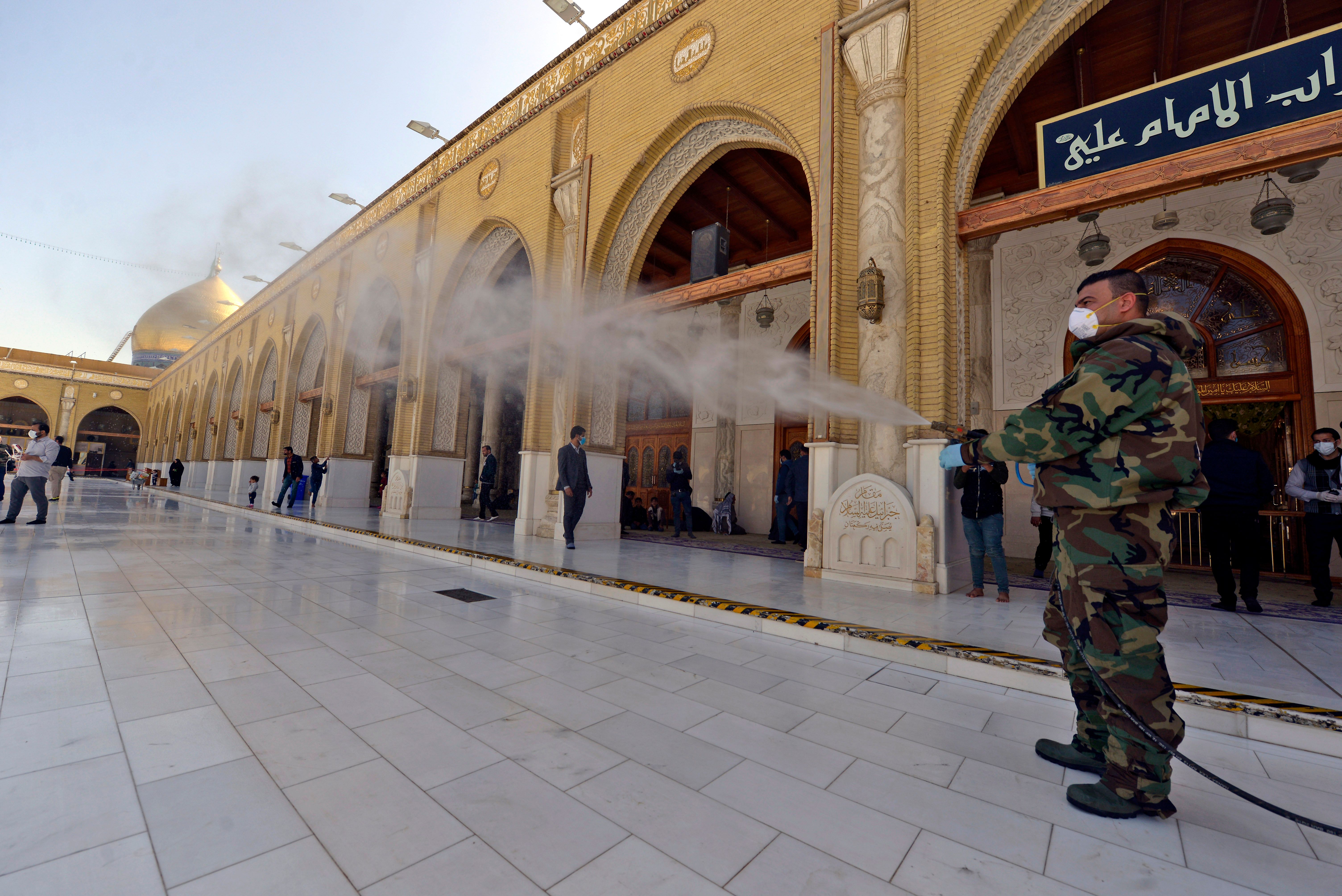 The Middle East Institute (MEI) is pleased to host a virtual panel to respond to the growing threat posed by the COVID-19 pandemic to the stability and security of the MENA region. This virus has the potential to devastate entire communities and tremendously impact the health, food security and livelihoods of millions of vulnerable populations in the region. The potential economic implications are also a looming question. It is clear that the policy response and regional coordination to address this virus will be instrumental in saving lives and mitigating the worst impacts.

What has been the spectrum of impact COVID-19 has had across the region? What do the circumstances faced by the most fragile communities in the wake of this outbreak reveal about necessary next steps? How might a coordinated regional infrastructure respond to current and future outbreaks, and what is the role of international governments and organizations in containing the pandemic?

Speaker Biographies:
Basma Alloush
Policy and Advocacy Advisor, Norwegian Refugee Council
Basma Alloush is the policy and advocacy advisor at NRC USA covering the Middle East, Afghanistan, and West Africa. Additionally, Alloush is a Syrian researcher looking at conflict-related economic activities and human security issues in Syria and across the region. Alloush obtained her Master's degree at The Fletcher School of Law and Diplomacy where she focused on Transitional Justice, Human Security, and Conflict Resolution. Alloush completed her thesis project on the role of diaspora in transitional justice processes with a particular focus on the Syrian and Liberian cases.

Jihad Azour
Director, Middle East and Central Asia department, International Monetary Fund (IMF)
Jihad Azour is the director of the Middle East and Central Asia department at the IMF, where he oversees the Fund’s work in the Middle East, North Africa, Central Asia and Caucasus. Azour served as Lebanon’s finance minister from 2005-08, during which time he coordinated the implementation of important reforms, including modernizing the country’s tax and customs systems. Before and since his time as finance minister, he held a wide range of positions in the private sector, including at McKinsey and Booz and Co. where he was vice president and senior executive advisor. Prior to joining the IMF in March 2017, he was a managing partner at investment firm Inventis Partners. Azour has published several books and articles on economic and financial issues and taught extensively.

Hannah Kaviani
Senior Journalist, Radio Farda, RFE/RL's Persian language service
Hannah Kaviani joined Radio Farda, RFE/RL’s Persian language service, in February 2008. She covers a variety of topics in her reporting, with a special focus on Iran's Nuclear program. Between 2013 and 2015, she covered the Iran nuclear negotiations from the field in Geneva, Munich, Vienna, Lausanne, and New York. Her reporting currently focuses on Iran’s foreign policy and the post-nuclear deal era. Kaviani holds a Bachelor's degree in politics from Azad University in Tehran. Prior to joining RFE/RL, she interned with the German Institute for International and Security Affairs in Berlin. Before that she worked in Iran on projects for UNICEF, UNHCR, and UNDP, as well as for Atieh Bahar Consulting.

Paul Salem, moderator
President, Middle East Institute
Paul Salem is president of MEI. He focuses on issues of political change, transition, and conflict as well as the regional and international relations of the Middle East. Salem is the author and editor of a number of books and reports including Escaping the Conflict Trap: Toward Ending Civil Wars in the Middle East (ed. with Ross Harrison, MEI 2019); Winning the Battle, Losing the War: Addressing the Conditions that Fuel Armed Non State Actors (ed. with Charles Lister, MEI 2019); From Chaos to Cooperation: Toward Regional Order in the Middle East (ed. with Ross Harrison, MEI 2017), Broken Orders: The Causes and Consequences of the Arab Uprisings (In Arabic, 2013), "Thinking Arab Futures: Drivers, scenarios, and strategic choices for the Arab World", The Cairo Review Spring 2019;  “The Recurring Rise and Fall of Political Islam” (CSIS, 2015),  Bitter Legacy: Ideology and Politics in the Arab World (1994), and Conflict Resolution in the Arab World (ed., 1997).  Prior to joining MEI, Salem was the founding director of the Carnegie Middle East Center in Beirut, Lebanon between 2006 and 2013.  From 1999 to 2006, he was director of the Fares Foundation and in 1989-1999 founded and directed the Lebanese Center for Policy Studies, Lebanon's leading public policy think tank.