The Crisis in Syria’s Idlib 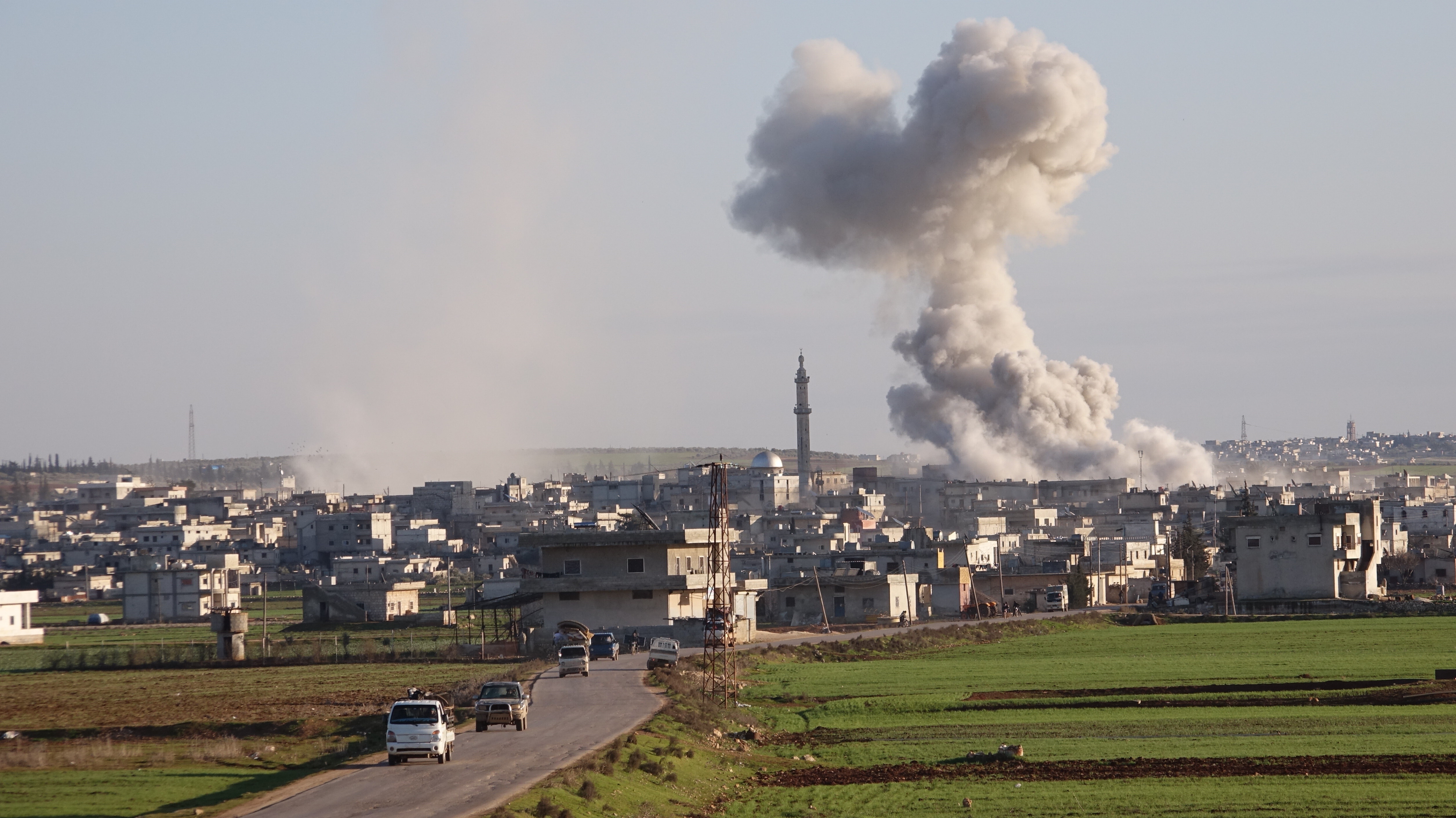 Nearly 600,000 people have been displaced in northwestern Syria in the last two months, in what is now the biggest humanitarian crisis in nine years of war. The brutal military assault being conducted by the Syrian government, Russia and Iran shows no signs of abating and has in recent weeks sparked direct and deadly clashes between Syrian and Turkish troops. Hospitals and schools continue to be struck from the air, IDP camps have reached capacity and humanitarian agencies are warning of an impending humanitarian disaster.

Since the Syrian government and its allies began an offensive on Idlib in the Spring of 2019, approximately 25% of the opposition-controlled territory has fallen - roughly 75% still remains. Amid this ongoing crisis and unprecedented levels of civilian displacement and human suffering, the international community appears to have been rendered powerless. The Middle East Institute is pleased to host a panel discussion on the situation in Idlib, in order to discuss the nature of the crisis and the international response; the geopolitical dynamics at play; concerns over terrorism; and what possible paths might exist to resolve the situation.

Zaher Sahloul
President and Founder, MedGlobal
Dr. Zaher Sahloul is the founder and President of MedGlobal. Dr. Sahloul has just returned from a medical mission to Idlib, where he visited local humanitarian partners, met with newly displaced people in IDP camps, and treated patients in the largest hospital remaining in Idlib. He has shared these experiences and details of the unprecedented humanitarian crisis with the UN Secretary General’s office, UN OCHA, and key UN member states. Sahloul is the Founder and President of MedGlobal, a medical NGO aiming to reduce healthcare disparity by providing free healthcare to refugees and displaced people. MedGlobal supports vulnerable communities through innovative healthcare in Bangladesh, Greece, Colombia, Yemen, Syria, Gaza, Pakistan, and beyond. Sahloul is the former President of the Syrian American Medical Society, co-founder of the American Relief Coalition for Syria (ARCS), and co-founder of the Syria Faith Initiative. Sahloul sits on the advisory board of the Center for Public Health and Human Rights at the Johns Hopkins University Bloomberg School of Public Health. Sahloul was awarded the Chicagoan of the Year award in 2016 for his medical work in besieged Aleppo. He has authored articles appearing in The New York Times, The Guardian, The Independent, and more.

Elizabeth Tsurkov
Fellow, Foreign Policy Research Institute
Elizabeth Tsurkov is a Fellow in the Middle East Program at the Foreign Policy Research Institute, focusing on the Levant. She is also a doctoral student in political science at Princeton University. Her research is based primarily on a large network of contacts she has cultivated across the Middle East and particularly in Syria, as well as fieldwork across the region. She is also a Research Fellow at the Forum for Regional Thinking, a progressive Israeli-Palestinian think-tank based in Jerusalem. Elizabeth has worked as a consultant with the International Crisis Group, the Atlantic Council, and the Europan Institute for Peace, among other places. She has over a decade of experience working with human rights organizations in the Middle East defending the rights of refugees, migrants, laborers, Palestinians, as well as ethnic and religious minorities. Her work has appeared in the New York Times, Foreign Policy Magazine, the New York Review of Books, Haaretz, War on the Rocks, The New Republic, the New Humanitarian, among other outlets. She is proficient in Hebrew, Russian, several Arabic dialects and Modern Standard Arabic.

Charles Lister
Senior Fellow and Director of the Countering Terrorism and Extremism Program, MEI
Charles Lister is a senior fellow and Director of the Countering Terrorism and Extremism Program at the Middle East Institute. His work focuses primarily on the conflict in Syria and on issues of terrorism and insurgency across the Levant. Prior to this, Lister was a Visiting Fellow at the Brookings Institution in Qatar and a Senior Consultant to the multinationally-backed Syria Track II Dialogue Initiative, where he managed nearly three years of intensive face-to-face engagement with the leaderships of over 100 Syrian armed opposition groups. Before that, he was head of MENA at IHS Jane’s Terrorism and Insurgency Center in London, UK. Lister is a frequent source of briefings on the Syrian insurgency to political, military and intelligence leaderships in the United States and across Europe and the Middle East. Lister’s critically-acclaimed book, The Syrian Jihad: Al-Qaeda, the Islamic State and the Evolution of an Insurgency, was published in February 2016 by Oxford University Press. He also published Winning the Battle, Losing the War: Addressing Armed Non-State Actors and Extremist Groups in the Middle East (2019) and The Islamic State: A Brief Introduction (2015) and he is now working on a fourth book, on Syria, commissioned by Oxford University Press.

Alexander Marquardt, moderator
Senior national correspondent, CNN
Alexander Marquardt is an award-winning Senior National Correspondent based in CNN’s Washington bureau, focusing on national security issues. Marquardt spent most of the past decade as a foreign correspondent for ABC News based in Moscow, Jerusalem, Beirut and London. During that time, he was on the front lines of the wars and uprisings in the Middle East, he reported on the unfolding refugee and migrant crisis and covered the wave of terror attacks across Europe. Marquardt was among the first correspondents in Cairo as the revolution exploded; he made many trips into Syria to report on the war from both the regime and rebel sides; he was on the ground in Gaza during the 2012 and 2014 wars with Israel; and he traveled across Ukraine as the Russian military invaded. Marquardt has won Emmy and Edward R. Murrow Awards, notably for an undercover investigation of underage sex trafficking in the Philippines. Marquardt got into journalist first as an NBC Page, and then later as an anchor for Channel One News. He graduated from Georgetown University’s School of Foreign Service after growing up in Europe and the Middle East.