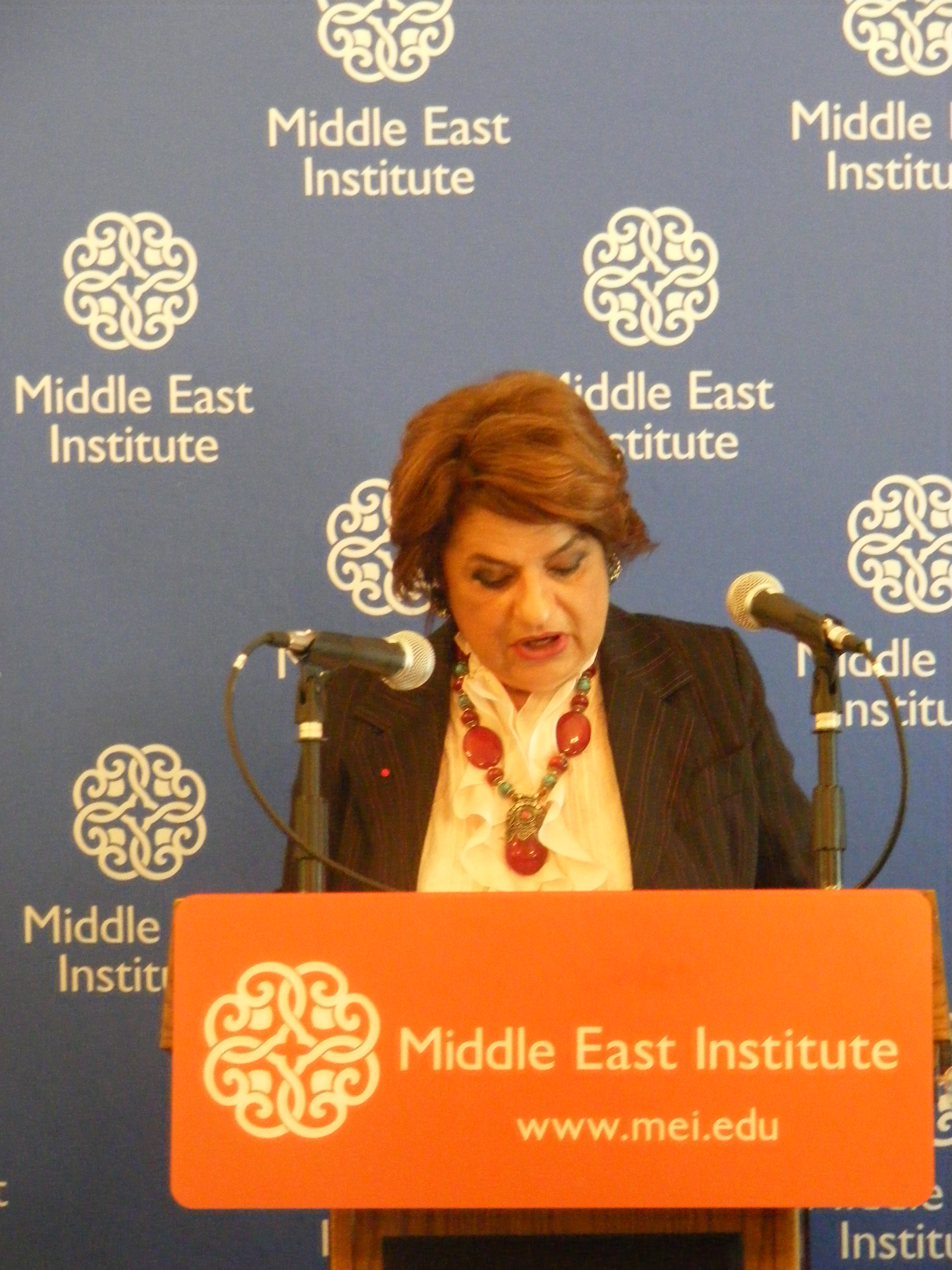 The Middle East Institute is proud to host Dr. Mona Makram-Ebeid, prominent Egyptian academic and member of the Advisory Council to the SCAF, for a discussion on the state of the political transition in Egypt. Dr. Makram-Ebeid, along with ten other liberal and leftists members, recently resigned from Egypt's Constituent Assembly in protest over its Islamist majority, leaving only five women and five Christians remaining in the assembly. With the transition process in turmoil, a diverse coalition of Egyptian generals, liberals, bureaucrats, and judges are turning to the courts to attempt to diversify the composition of the Constituent Assembly, which is currently  almost entirely dominated by Islamists - both Salafists and members of the Muslim Brotherhood.  This highly charged political atmosphere is not conducive to consensus-building, and consequently the constitutional process is now on hold while all sides vie for authority and legitimacy. As Egypt heads toward presidential elections in late May, the country is fraught with  political divisions and tensions stemming from, among other factors, a possible confrontation between the SCAF and the dominant Islamist group, the Muslim Brotherhood. Join us for a discussion of these and other issues surrounding Egypt's troubled transition to democracy.

Bio: Dr. Mona Makram-Ebeid is currently a member of the Advisory Council to the SCAF.  She recently resigned from Egypt's Constituent Assembly in protest of the Islamist majoirty.  Dr. Makram-Ebeid is Distinguished Lecturer in the Department of Political Science at the American University in Cairo, where she has been teaching for the past 17 years. She was a member of Parliament in Egypt from 1990-1995. Prior to that, she worked as an advisor to the World Bank for the MENA region from 1992-1996. Later she was appointed as an Expert to the UN Committee for Policy Development (CPD) from 2000-2003  and as a regional expert for the Arab States at the UNDP's Capacity 21 Programme  from 2000-2003. She founded the Association for the Advancement of Education, was a member of the International Consultation Group for the Middle East at the Center For Strategic and International Studies (CSIS) Washington, and is a founding member of the Arab Organization For Human Rights.  She was awarded the Distinguished Alumni Award (AUC) and the grade of Officier de La Legion d'honneur (France) as well as the Hall of Fame award.