A Fragmented Society: the Internal Dynamics of Libya’s Conflict 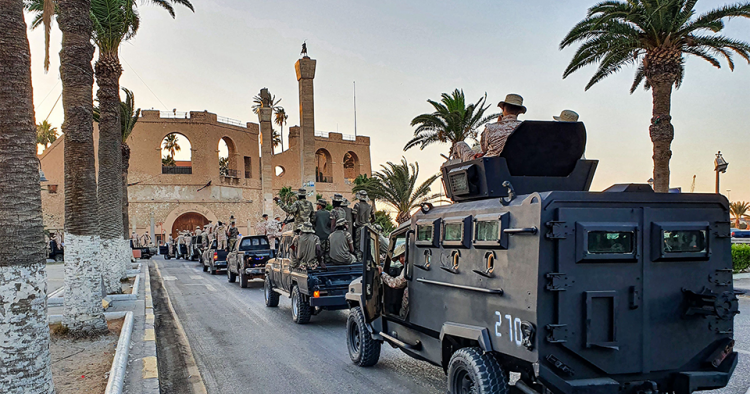 While most discussions about the Libyan crisis revolve around geopolitics and international interference,  internal divisions within Libya’s civil society and political institutions have also played a fundamental role in destabilizing the country since the fall of Moamar Gaddafi in 2012. Governance in Libya is fragmented with very few truly national actors. It also continues to lack political institutions that are seen by all Libyans as legitimate. The ongoing conflict consists of many contending local and tribal players, including spoilers who have demonstrated opposition to either  peace or reconciliation except on the basis of total victory by their group.

What are the major obstacles to stabilization? How can Libya approach the establishment of political institutions? In what ways can the international community support a Libyan-led peace process? The Middle East Institute, the Regional Program Political Dialogue South Mediterranean of the Konrad Adenauer Foundation, and the Policy Center for the New South are pleased to jointly host a group of experts to discuss these questions and more in a closed roundtable format.

Register to join the livestream of this discussion and submit your questions to the moderator.