Grass-Roots Governing in Bethlehem: A Talk with Mayor Vera Baboun 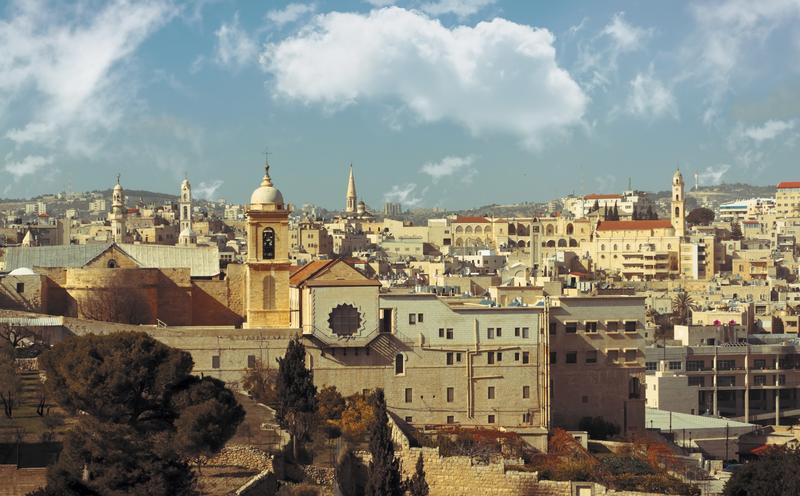 The Middle East Institute's George and Rhonda Salem Family Foundation lecture series, in partnership with Global Communities, was pleased to host Vera Baboun, the first democratically elected female mayor of Bethlehem, for a discussion about the challenges of leading the Bethlehem Municipality in the face of Israeli settlement construction, severe risks in public security, and persistent economic constraints.

Mayor Baboun's impassioned and informative presentation was followed by a panel discussion with Palestinian youth activists from Bethlehem, examining the role of municipal government and the civic engagement of youth in the West Bank today. While outsiders often view the Palestinian Authority through the lens of its national political impasse with Israel, at the local level in the West Bank important advances are being made in institutionalizing good governance and citizen services. Despite the region's turbulent geopolitics, Palestinian municipalities have provided continuity in governance for decades and serve as a source of social stability and economic development.

The participating speakers were:

Vera Baboun is a Palestinian politician and the first female mayor of Bethlehem. Prior to her election in October 2012, Mayor Baboun worked as an English language and literature lecturer at Bethlehem University for 21 years where she was dean of student affairs. She holds a master’s degree in African-American literature and is a PhD candidate in Arab-American women’s literature. Mayor Baboun holds numerous leadership positions within civil society organizations including roles as chairman of the board at the Training Center for Family and Children, secretary general of the Committee on International Relations of the Association of the Palestinian Local Authorities, chairman of the Permanent Conference of the Historic Cities of the Mediterranean, and a member of the Supreme Presidential Commission for the Affairs of Churches in Palestine. Mayor Baboun is a researcher and published author on the topic of women’s empowerment in the Middle East and a regular contributor to international media outlets such as Al-Monitor and Marie Claire Magazine.

Lana Abu-Hijleh is a Palestinian development expert with over 28 years of experience working with international development and humanitarian agencies in the Middle East. Since 2003, Lana has served as the country director of Global Communities for the West Bank and Gaza where she leads a team of  200 Palestinian and international professionals designing and implementing assistance programs focused on economic revitalization, social infrastructure, democracy, job creation, and food security. Previously, Lana served as the deputy resident representative of the UNDP Program of Assistance to the Palestinian People for 17 years. In this role, she was responsible for developing policies and programs such as water resource management, sustainable basic infrastructure development, and social, political, and economic empowerment of women and youth.

Jacob Qara’a is the president of the Bethlehem Youth Council. He is currently a senior majoring in business administration at Bethlehem University. Jacob is a member of the Terra Sancta Scout Troop and has represented the West Bank, especially Bethlehem, in many regional and international events. He is an avid supporter of local singers, bands, photographers, and other artists.

Betty Ba’baish is a graduate of Bethlehem University with a bachelor’s degree in computer information systems. She is currently the ICT specialist and web administrator of Bethlehem Municipality. Since graduating in 2013, Betty has been a member of Bethlehem Youth Council and was a delegate to the Active Citizenship and Youth Participation in the Mediterranean Region Conference in Italy.

Muna Shikaki (Moderator) is an on-air correspondent for Al-Arabiya News Channel, a leading Arabic language news network. Based in Washington, D.C. since 2004, she covers a broad range of issues including U.S. elections and politics, foreign policy, and Arab and Muslim American communities. Shikaki has reported from over 30 U.S. states, Guantanamo Bay, Cuba, Dubai, the Palestinian Territories, and South America . She was a 2004 Fulbright scholar at Columbia University in New York, where she earned her M.S. in Journalism. She completed her B.A. at Birzeit University in Ramallah, Palestine.