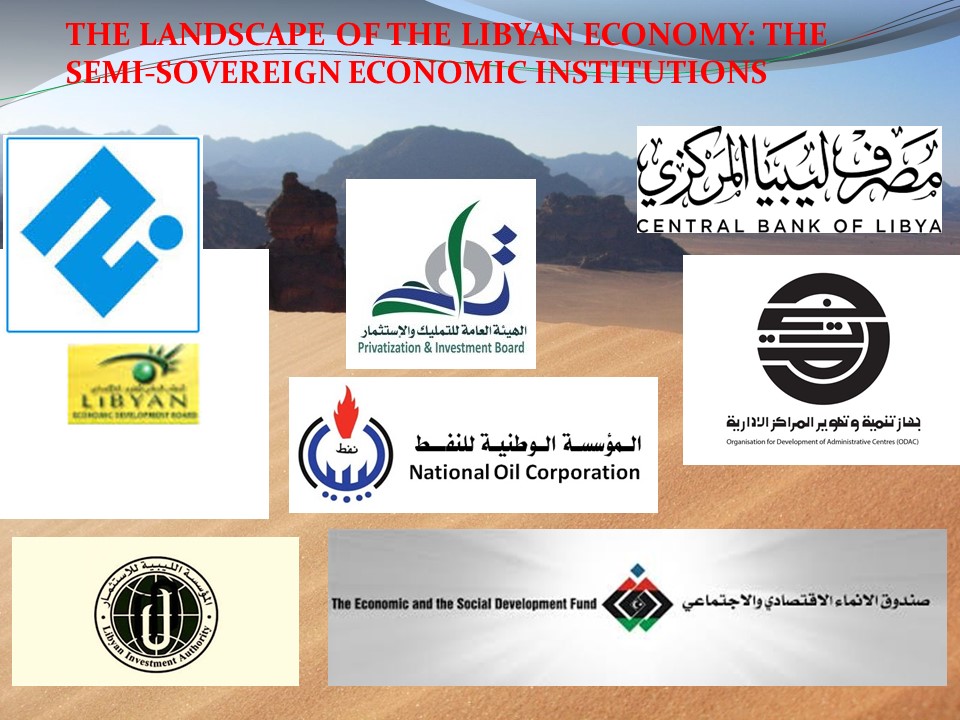 As the battle for Tripoli rages into its ninth month and Libya’s struggle for post-Qadhafi succession enters its ninth year, international peace-making efforts remain stymied.   The root causes of the country’s malaise, its flawed economic institutions and the lack of a social contract, remain unaddressed. Thus, Libya’s economic structures will continue to impede peace building or attempts to end foreign interference unless Libya’s semi-sovereign economic institutions are forced to become more transparent. This can be achieved via a Libyan-led International Financial Commission empowered with the tools to compel transparency and reform Libya's institutions and dysfunctional incentive structure.

The Middle East Institute is pleased to host a public panel featuring the UN's Deputy Special Representative for Political Affairs in Libya Stephanie Williams, former Commercial Officer at the US Embassy in Tripoli Nate Mason, and former US Special Envoy to Libya Jonathan Winer. They will be participating in a discussion launching MEI Non-Resident Fellow Jason Pack's paper,  "An International Financial Commission is Libya’s Last Hope." The event will present research on the roots of Libya's unique forms of dysfunction and examine how the Berlin Conference process and pending Congressional legislation (the 2019 Libya Stabilization Act) can be used as correctives and incentives to move towards an economic-based approach to peacemaking in Libya.

Nate Mason worked for the U.S. government for eight years focusing primarily on U.S.-North Africa economic and commercial policy. His last assignment was Commercial Attaché, Economic and Political Officer at the U.S. Embassy in Tripoli from 2011 to 2013. He is currently a consultant based in Washington DC, Chief of Operations and Executive Director of Strategic Advisory Solutions International, and Partner in EyeOnISISinLibya.com. His analysis and opinion articles have appeared in the International Peace Institute's Global Observatory and the Atlantic Council MENASource.

Jason Pack is a consultant, author, and commentator with over two decades of experience living in, and working on, the Middle East. In 2004, he was a Fulbright Scholar in Syria. In 2008, he moved to Tripoli to assist Western businesses in reentering Libya amidst the late Qadhafi-era reforms. In 2011, Jason created Libya-Analysis LLC — a consultancy organization producing evidence-based analysis, forecasting, business intelligence, and commercial research on Libya. In 2015, Jason founded Eye on ISIS in Libya — a non-profit 501c3 monitoring service detailing the group’s history, its interactions with other jihadi actors, and Western actions toward the group. In 2016, he became the Senior Libya Analyst at CRCM North Africa, a German strategy firm. In 2017-18, he served as Executive Director of the U.S.-Libya Business Association. Currently, he is working on a popular book exploring what Libya’s dysfunctional economic structures and its ongoing civil war tells us more broadly about globalization and the geopolitics of the 21st century.

Stephanie Williams currently serves as Deputy Special Representative for Political Affairs in Libya, United Nations Support Mission in Libya (UNSMIL). Williams was formerly Chargé d’Affaires, a.i. at the United States Embassy in Tripoli (Libya External Office).  She brings more than 24 years of experience in Government and International Affairs, including as Deputy Chief of Mission at the U.S. Missions in Iraq (2016-2017), Jordan (2013-2015) and Bahrain (2010-2013), where she led the Embassy as Chargé d’Affaires for 10 months.  She also served as a Senior Adviser on Syria and at the U.S. Embassies in the United Arab Emirates, Kuwait and Pakistan.  In Washington, she served as the Jordan Desk Officer, the Deputy Director of Egypt and Levant Affairs, and the Director of the Maghreb Office.  Prior to joining the U.S. Department of State, she worked in the private sector in Bahrain.