Iraq’s Crisis of Governance after the Basra Protests 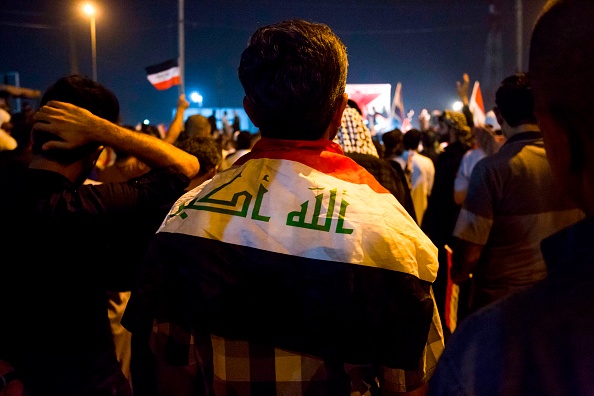 The Middle East Institute (MEI) and the Institute of Regional and International Studies (IRIS) at the American University of Iraq, Sulaimani are pleased to host a panel to discuss escalating tensions among Iraqis, rising threats of a U.S.-Iran war, and the impact of these dynamics on the future of Iraq. Last summer’s mass protests in Iraq’s oil-rich city of Basra resonated broadly, with citizens across the country expressing solidarity with their southern counterparts and joining in the call for electricity, water, and employment. More broadly, demonstrators insisted upon the dismantlement of the post-2003 political order, burning the offices of political parties, militias, and foreign missions to the ground.

Following the protests, it became apparent that both federal and provincial governments would be judged on the basis of their ability to respond to this upsurge in popular discontent. This panel will analyze the current status of Iraq’s crisis of governance - one that now faces the additional challenge of renewed U.S.-Iran tensions. The speakers will draw on recent fieldwork in Basra, Baghdad and Mosul to understand the causes and consequences of ongoing governmental dysfunction and popular discontent.

Akeel Abbas
Professor, American University of Iraq, Sulaimani
Before teaching at AUIS, Akeel Abbas taught research writing, postcolonial studies, World and British literature as well as literary theory in several US universities, including Old Dominion University, the University of Houston, Downtown, and Purdue University. Abbas also worked for several years as a journalist covering Iraq and the Middle East, appearing as a guest analyst on a number of Arabic-language TV programs. Specializing in cultural studies, His research interests include modernity, democratization, the politics of identity and human rights.

Basma Alloush
Advocacy and communications officer, Norwegian Refugee Council
Basma Alloush is the advocacy and communications officer at the Norwegian Refugee Council USA. Alloush obtained her Master's degree at The Fletcher School of Law and Diplomacy where she focused on Transitional Justice, Human Security, and Conflict Resolution. Alloush completed her thesis project on the role of diaspora in transitional justice processes with a particular focus on the Syrian and Liberian cases

Mac Skelton
Director, Institute of Regional & International Studies, American University of Iraq, Sulaimani
James "Mac" Skelton is acting director at IRIS. Skelton is an anthropologist and Middle East analyst with field research and programmatic experience in Yemen, Lebanon, and Iraq. While at IRIS he has overseen research projects on conflict and stabilization funded by the UK Department of International Development (DFID) and the United Nations Assistance Mission in Iraq (UNAMI), among others. Skelton is a member of the Costs of War Project at Brown University. He holds an MA in Anthropology from the American University of Beirut and a PhD in Sociocultural Anthropology from Johns Hopkins University. Skelton's doctoral research on the impact of conflict on Iraq's healthcare system was funded through fellowships from the Social Science Research Council and the American Academic Research Institute in Iraq. He has published for the Lancet, the London School of Economics, and other academic journals. Prior to IRIS, Skelton served as Senior Fellow with the Business Council for International Understanding (BCIU), where his portfolio included Iraq, Libya, Tunisia, and the UAE.

Bilal Wahab
Nathan and Esther K. Wagner fellow, Washington Institute for Near East Policy
Bilal Wahab is the Nathan and Esther K. Wagner fellow at The Washington Institute for Near East Policy, where he focuses on governance in the Iraqi Kurdish region and in Iraq as a whole. He has taught at the American University of Iraq, Sulaimani, where he established the Center for Development and Natural Resources, a research program on oil and development. Along with numerous scholarly articles, he has written extensively in the Arabic and Kurdish media.

Randa Slim, moderator
Senior fellow and director, Program on Conflict Resolution and Track II Dialogues, MEI
Randa Slim is senior fellow and the director of the Conflict Resolution and Track II Dialogues program at MEI and a non-resident fellow at the Johns Hopkins University School of Advanced and International Studies (SAIS) Foreign Policy Institute. A former vice president of the International Institute for Sustained Dialogue, Slim has been a senior program advisor at the Rockefeller Brothers Fund, a guest scholar at the United States Institute of Peace, a program director at Resolve, Inc, and a program officer at the Kettering Foundation. A long-term practitioner of Track II dialogue and peace-building processes in the Middle East and Central Asia, she is the author of several studies, book chapters, and articles on conflict management, post-conflict peace-building, and Middle East politics.