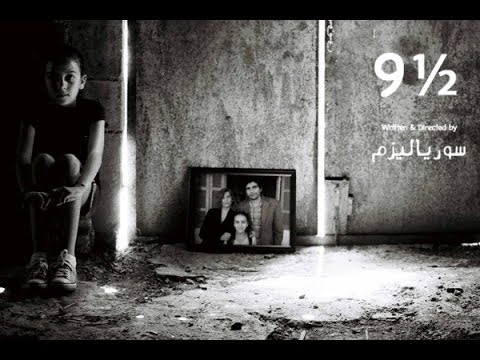 The Middle East Institute's Arts and Culture Center, in collaboration with Bidayyat for Audio Visual Arts, is pleased to present a screening of short documentaries and experimental films reflecting on the loss and trauma experienced by Syrians over the past decade of revolution and conflict.

Directed by Syrian filmmakers with the support of the Beirut-based Bidayyat, the three short films - A Day and a Button (2015) by Azza Abo Rebieh, 9 1/2 (2015) by Syrialism (Omar Imam), and The Boy and the Sea (2017) by Samer Ajouri explore the human impact of the conflict through multiple lenses, including animation and imagination. The filmmakers bring an intimate and personal take on a ravaging conflict and through their work counter the stereotypical depiction of the Syrian conflict.

Bidayyat was launched in early 2013 by Syrian filmmaker Mohamed Ali Atassi to support and produce documentaries and short and experimental films and to organize specialized training courses on documentary filmmaking.

The screenings will be followed by a discussion with Ajouri, Abo Rebieh, Atassi, and Imam, moderated by MEI Vice President for Arts and Culture, Kate Seelye.

The event is part of the ongoing programming around MEI’s current exhibition In this Moonless Black Night: Syrian Art After The Uprising showing until July 16, 2021, at the MEI Art Gallery. To visit the show, please make a timed appointment. 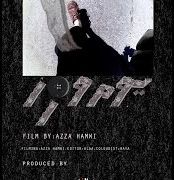 An activist walks the street of her neighborhood and city, which are gripped by war, violence, division, and abductions. Struggling to recognize her city, she relies on her memory of the streets and questions the meaning of identity and belonging to a place. 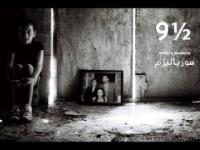 91/2 is the age of the young girl Maha, the only survivor of her family. Armed only with a picture of her family, Maha embarks on a journey and meets imaginary and unusual friends along the way.

The film draws a parallel to the photo which made global headlines in 2015 of the three-year-old Syrian Kurdish boy Alan Kurdi whose body was washed onto the Turkish shore. The short animated film tells the story of a young boy who finds refuge from the war at the bottom of the sea, only to quickly discover that other elements in this new world are conspiring again to distort reality.

Azza Abo Rebieh is a multimedia artist and printmaker whose works tell the story of human survival. Abo Rebieh obtained a degree in Printmaking from the Faculty of Fine Arts, Damascus University in 2002. Graduating with accolades in printmaking, her thesis project won a prize at the Ostrobothnian Museum, Youth Engravers Competition in Vaasa-Finland. Abo Rebieh’s work has been exhibited internationally, including at the Drawing Center, NY (2020), and is in private and museum collections such as The British Museum. She is also exhibited in MEI's current exhibition, In This Moonless Black Night: Syrian Art After the Uprising.

Samer Ajouri is an audiovisual content creator from Syria. Born in Damascus, Ajouri studied and practiced early computer graphics animation and digital video editing in the mid-90s, he worked as a video editor and audiovisual art designer, creating multimedia content for different art forms, music videos, web media, documentary projects, and short films. He left Syria in 2011, and in 2014 moved to France where he started his career as an independent filmmaker and recently joined a European news network where he now works as a video journalist.

Mohammed Ali Atassi is a journalist, producer, and documentary filmmaker. Atassi obtained a diploma in civil engineering from Damascus University in 1992 and a DEA in history from the Sorbonne in Paris in 1996. Since 2000, he has been writing for several Arab and international newspapers covering political and cultural issues. Since 2001, he directed two short documentary films and two feature documentaries and produced several short and documentary films. His films have been shown in numerous festivals worldwide and have gained several awards. He is the founder and the director of Bidayyat for Audio-Visual Art.

Omar Imam is an Amsterdam-based visual artist and Rijksakademie alumni. In his sculptures, short films, and photographic works, Imam uses irony and a conceptual approach to respond to war, its consequences, and causes. Imam’s photographs vacillate between mundane documents and utterly inconceivable dreams. His project "Live, Love, Refugee" has been shown in 16 countries around the world.

All images courtesy of Bidayyat