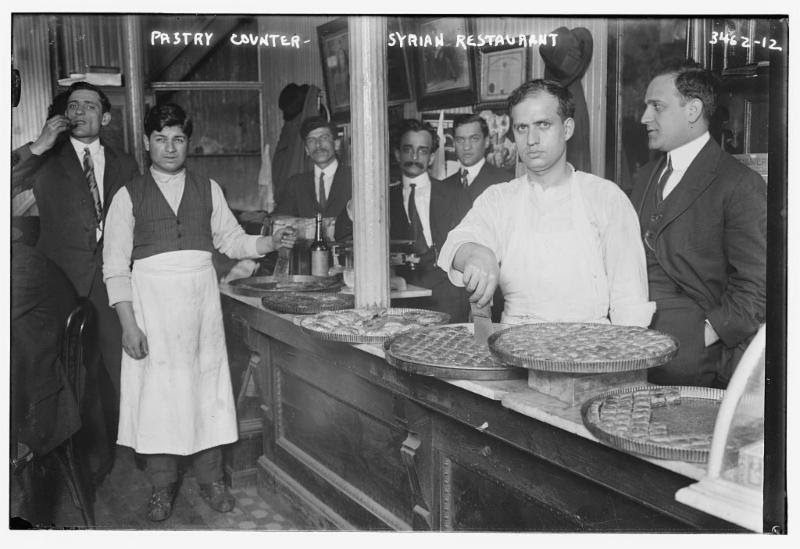 The Washington Street neighborhood in Manhattan's Lower West Side was the home to the city's earliest Arab community from the late 19th through the mid-20th century. Popularly known as Little Syria, the neighborhood was home to a vibrant journalism and literature scene, which included writers like Kahlil Gibran, Ameen Rihani, and Mikhail Naimy.

To commemorate this important community and its literary legacy, the WSHS is working with the city of New York to install a new public art project in a downtown Manhattan park. On Wednesday January 25, the city will conclude a competition for the public artwork, which has involved accomplished international artists. Todd Fine discussed the initiative and the winning public art proposal, and spoke about the role of the arts, artists, and intellectuals in transcending difference and in disseminating a message of shared humanity.

Todd Fine is the president of the Washington Street Historical Society, a nonprofit that advocates for the physical preservation of the "Little Syria" neighborhood of Downtown Manhattan and that advances memorialization projects for its literary figures. In 2011, he directed Project Khalid, a campaign to celebrate the centennial year of the publication of Ameen Rihani's The Book of Khalid (1911), the first Arab-American novel. The campaign included events at the U.S. Library of Congress and the New York Public Library. He also edited a critical edition of The Book of Khalid that was published by Syracuse University Press in 2016. Currently, he is a PhD student of history at the Graduate Center of the City University of New York. He holds a BA in government from Harvard University (2004) and a masters in international relations from the Maxwell School of Citizenship and Public Affairs at Syracuse University (2007).

This event is free and open to the public. No registration required.