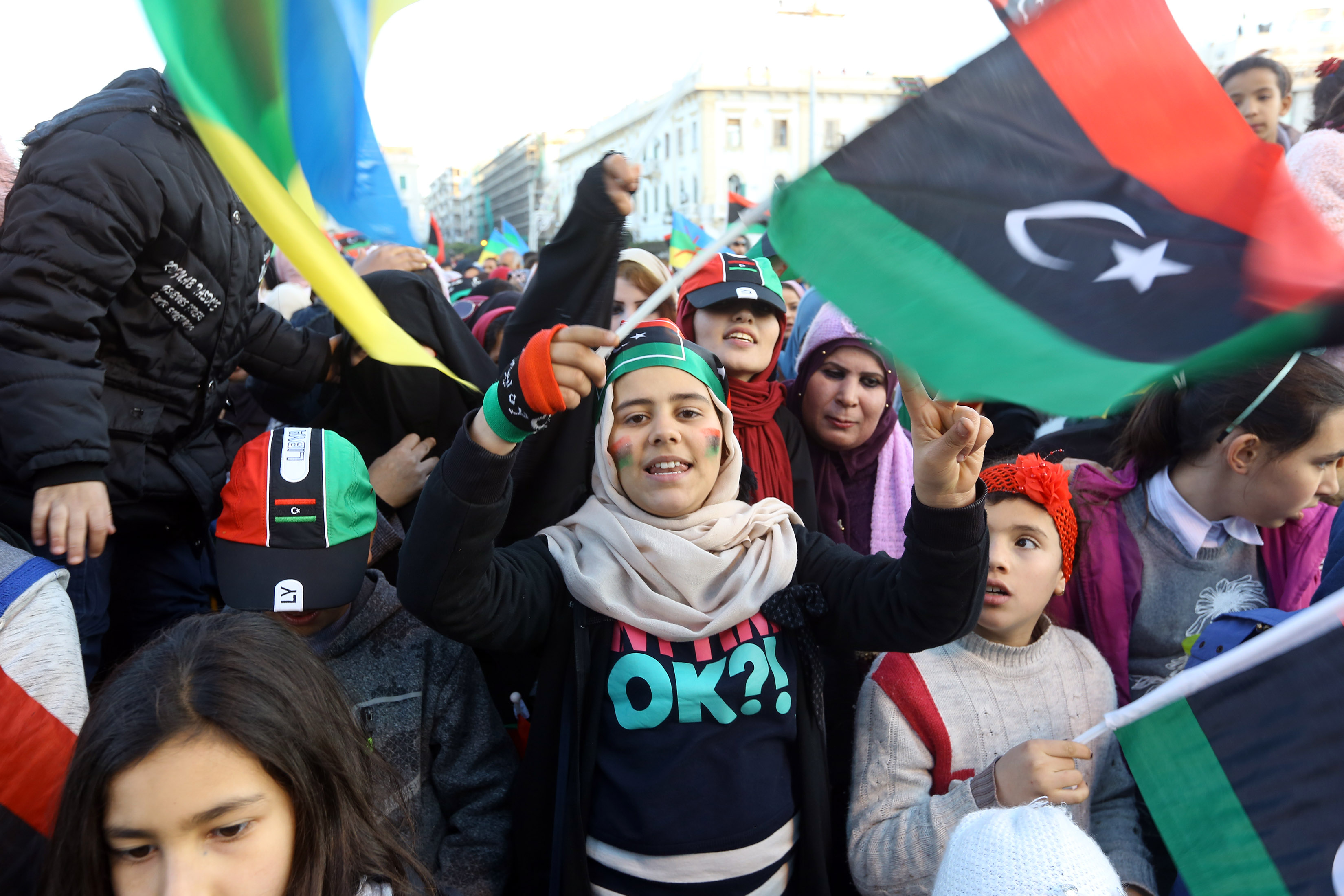 The Middle East Institute (MEI) and the North African Policy Initiative (NAPI) are pleased to announce the fifth in a series of roundtable discussions inviting engaged Libyan youth to share their perspective on the key issues facing their country’s future. This event will feature young Libyan activists and researchers who will share their views on the challenges and opportunities facing Libyan women as the country seeks to advance in its political transition.

Active participation of women in political, economic, and social life is slowly rising in Libya. At the political level, out of 188 members in the House of Representatives, 32 are women. The Libyan Political Dialogue Forum that took place in November 2020 included 17 women among its 75 members. The Government of National Unity that emerged from it in March 2021 assigned two ministries to women, including Foreign Affairs and Justice. To say the least, this engagement indicates that Libyan women want to participate in politics, but also in other aspects of public life, despite the serious threats and obstacles that they encounter.

Hala Bugaighis (Tripoli)
Hala Bugaighis is a non-resident scholar at MEI and an expert on North Africa focusing on Libya on key regional thematic issues, including political economy, social change, and gender. She has written extensively on Libya’s evolving political and social transition, including political transitions, social change, women and gender, government policy priorities, and the impact of COVID-19 on the economy and gender. Hala co-founded Jusoor Center for Studies and Development, a Libyan think and do tank that works on economic development and advocating for women’s economic inclusion in Libya. In 2018 she founded LEAP, the first women’s business incubator in Libya. She is also a member of the Libyan Economic Track coordinated by UNSMIL. She has written reports and articles on Libya and has been published in journals and newspapers in English and Arabic.

Zorgh Madi (Zuwara/Canada)
Zorgh Madi is an activist and a scholar, passionate about promoting human rights and peace processes in Libya. She holds a master's degree in international human rights law. She is a co-founder of Tamazight Women’s Movement Organization; for which she managed programs and projects at both local and national levels. Zorgh worked as a consultant on the 1325 agenda with the CORDAID organization. Her education and background in social services and community work have brought a deep understanding of the importance of working within an anti-oppression framework. She has worked with women and youth in local communities around 1325/2250 Agenda, coordinated a community advocacy and public education program for leadership, GBV, and political participation.

Hala Salem Elmisrati (Tripoli)
Hala Salem Elmisrati has worked for and cooperated with several international organizations supporting a new Libyan government including IRI, GIZ, IMG, Crown Agent, Acted-UNESCO, EUNEDA, British Council, PCI, LRC, IMO, AIDE, EU, Meda, and Geneva call. Beginning in 2015, Musrati worked with PCI as a trainer-mentor where she gained meaningful experience about the Libyan conflict context, the dynamic of the conflict, conflict resolution, conflict management, and peacebuilding at the local level. During those years she worked closely with vulnerable groups, youth, women, tribe leaders, local council members, social leaders, armed groups, and others in Libyan society. From October 2017 to April 2019, Musrati and her team traveled more than 12000 KM over Libya in the East, West, and South, visiting 46 cities and villages. On this trip, they planned and Implemented women empowerment initiatives in the public sector. The project was funded by the European Union and other partners, delivering different training opportunities such as the ‘SpringBoard’ project, management and leadership courses, and drafted policies for supporting women across various sectors.

Intissar Fakir, co-moderator
Intissar Fakir is a senior fellow and director of MEI’s North Africa and Sahel program. She is an expert on North Africa, the Sahel, and key regional thematic issues including governance, social change, migration, and security. She has written extensively on North Africa’s evolving politics including Islamist electoral politics in post-2011 Morocco and Tunisia, the Western Sahara issue, foreign policy priorities in Morocco and the broader region, and the impact of COVID-19 on regional political stability. Her research has also included political transitions, mobilization trends, energy, and social change in Morocco, Mauritania, Algeria, and Tunisia. Prior to joining MEI, Intissar was a fellow at the Carnegie Endowment for International Peace where she was also the editor-in-chief of the bilanguage (English and Arabic) Middle East platform Sada. She has also implemented programs at various NGOs in support of political, economic, and social reform in North Africa and the Middle East. She has consulted and advised governments and corporate entities in the US and Europe on Maghreb developments. She is the author of numerous reports, articles, and book chapters on the region and has been published in foreign policy journals and newspapers in English and Arabic. Intissar is fluent in English, Arabic, and French. Originally from Morocco, she holds an M.A. from the Elliott School at George Washington University.

Intissar Rajabany, co-moderator
Intissar Rajabany is a development professional with over 15 years of experience designing and implementing projects in the MENA region focused on social change, women and youth empowerment, inclusive economic growth, and private sector facilitation. She has a passion for researching and writing on gender and cultural practice, economic empowerment, leadership, politics, and security. Her experience includes a diverse set of individual, private, national, and international stakeholders, including USAID, the British Council, GAC, the EU, and UNDP among others. Owing to her rich multidisciplinary background, Intissar has a talent for solving problems in complex and dangerous environments, and a passion for working with people. A pharmacist by training, as well as a linguist and communications expert, Intissar has over 20 years of experience in the oil and gas sector and is the co-founder of the Women in Business Committee (Tripoli). Intissar holds an MA in International Relations Theory from the University of Warwick, and a bachelor’s degree in Pharmacy from the University of Tripoli.