Middle East and Regional Transition, Terrorism, and CVE: What the Next President Will Face

When the next American president takes office in January 2017, he or she will encounter a challenging landscape with regard to terrorism, countering violent extremism, regional turmoil, and failed states in the Middle East and surrounding region. Even if the United States and its allies disrupt ISIS and other terrorist organizations, the problems of violent Islamist extremism and the social and demographic conditions that enable it will persist.

The November 2016 volume of The ANNALS from the American Academy of Political and Social Science examines the state of these issues today and provides some paths and priorities for the next president and administration.

The ANNALS's guest co-editors Rand Beers (MEI Board Member), Richard A. Clarke (MEI Board Chairman), Emilian Papadopoulos (Good Harbor), and Paul Salem (MEI) discussed these issues and what the next president can do about them. National security correspondent Mary Louise Kelly (NPR) moderated the panel.

Panelist Biographies:
Rand Beers
Former Deputy Homeland Security Advisor to the President
Rand Beers became the acting secretary of the U.S. Department of Homeland Security (DHS) on September 6, 2013. Previously he served as acting deputy secretary from May 2013- September 2013.  In June 2009, Beers was nominated by President Barack Obama and confirmed by the U.S. Senate to serve as the under secretary for the National Protection and Programs Directorate (NPPD) at the DHS.  Before serving in DHS, he was the co-chair of the DHS Transition Team for the incoming Obama Administration. Prior to the Obama Administration, Beers was the president of the National Security Network, and an adjunct lecturer at the Kennedy School of Government at Harvard. Beers served on the National Security Council Staff under four Presidents as director for counter-terrorism and counter-narcotics (1988-1992), director for peacekeeping (1993-1995), special assistant to the President and senior director for Intelligence Programs (1995-1998), and special assistant to the President and senior director for Combating Terrorism (2002-2003). Beers began his professional career as a Marine Corps officer and rifle company commander in Vietnam (1964-1968). He entered the Foreign Service in 1971 and transferred to the Civil Service in 1983.  He served most of his career in the Department of State, including as deputy assistant secretary of State for Regional Affairs in the Bureau of Politico-Military Affairs, focusing on the Middle East and Persian Gulf (1992-1993).
Richard A. Clarke
Former U.S. National Coordinator for Security, Infrastructure Protection and Counter-terrorism; Chariman, Middle East Institute
Richard A. Clarke served for 30 years in U.S. government national security agencies, including the Pentagon, the State Department, and the White House National Security Council (NSC). He served as deputy assistant secretary of state for intelligence in the Reagan administration and assistant secretary of state for politico-military affairs in the George H.W. Bush administration. During an unprecedented ten consecutive years with the NSC staff, Clarke served as special assistant to the president for global affairs, senior director for transnational threats, national coordinator for counter-terrorism, and special advisor to the president for cyber security. After leaving government, he taught for five years at Harvard’s Kennedy School of Government, served as an on-air consultant for ABC News for nine years, and managed Good Harbor Consulting for a decade. During that time, he has published five books, including Against All Enemies: Inside America’s War on Terror (Free Press, 2004).
Emilian Papadopoulos
President, Good Harbor Security Risk Management
Emilian Papadopoulos is president of Good Harbor Security Risk Management, a cyberrisk management advisory firm. Papadopoulos advises boards, CEOs, investment professionals, and government leaders on managing cyberrisk. He has helped clients across sectors including energy, insurance, technology, defense and manufacturing. Papadopoulos’ experience in security strategy and risk management spans North America, the Middle East, Latin America and Asia. He has published and presented extensively on cyberrisk management and cybersecurity diligence. Previously, Papadopoulos worked for Foreign Affairs Canada and for the Canadian Embassy in Washington, D.C. Papadopoulos is a graduate of the University of Toronto and of the Kennedy School of Government at Harvard University.
Paul Salem
Vice President for Policy and Research, Middle East Institute
Paul Salem is vice president for policy and research at The Middle East Institute. He focuses on issues of political change, transition, and conflict as well as the regional and international relations of the Middle East.  He has a particular emphasis on the countries of the Levant and Egypt. Salem writes regularly in the Arab and Western press and has been published in numerous journals and newspapers. Salem is the author of a number of books and reports including Bitter Legacy: Ideology and Politics in the Arab World (1994), Conflict Resolution in the Arab World (ed., 1997), Broken Orders: The Causes and Consequences of the Arab Uprisings (In Arabic, 2013), “The Recurring Rise and Fall of Political Islam” (CSIS, 2015), “The Middle East in 2015 and Beyond: Trends and Drivers” (MEI 2014). Prior to joining MEI, Salem was the founding director of the Carnegie Middle East Center in Beirut, Lebanon between 2006 and 2013.  From 1999 to 2006, he was director of the Fares Foundation and in 1989-1999 founded and directed the Lebanese Center for Policy Studies, Lebanon's leading public policy think tank.
Mary Louise Kelly
National Security Correspondent, NPR
Mary Louise Kelly is national security correspondent for NPR News. Her reporting tracks the CIA and other spy agencies, terrorism, wars, and rising nuclear powers. As part of the national security team, she has traveled extensively to investigate foreign policy and military issues. Kelly's assignments have taken her from the Khyber Pass to mosques in Hamburg, and from grimy Belfast bars to the deserts of Iraq. In addition to reporting, she serves as a guest host for NPR News programs. Her first assignment at NPR was senior editor of the award-winning afternoon newsmagazine, All Things Considered. Kelly first launched NPR's intelligence beat in 2004. During her spell away from full-time reporting, Kelly's writing appeared in the New York Times, the Washington Post, Politico, Washingtonian, The Atlantic, and other publications. She also launched and taught a course on national security and journalism at Georgetown University, and joined The Atlantic as a contributing editor. She continues to hold that role, moderating newsmaker interviews at forums from Aspen to Abu Dhabi. 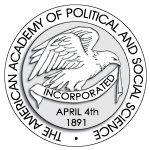