North Africa: Prospects and Obstacles for the Next Generation 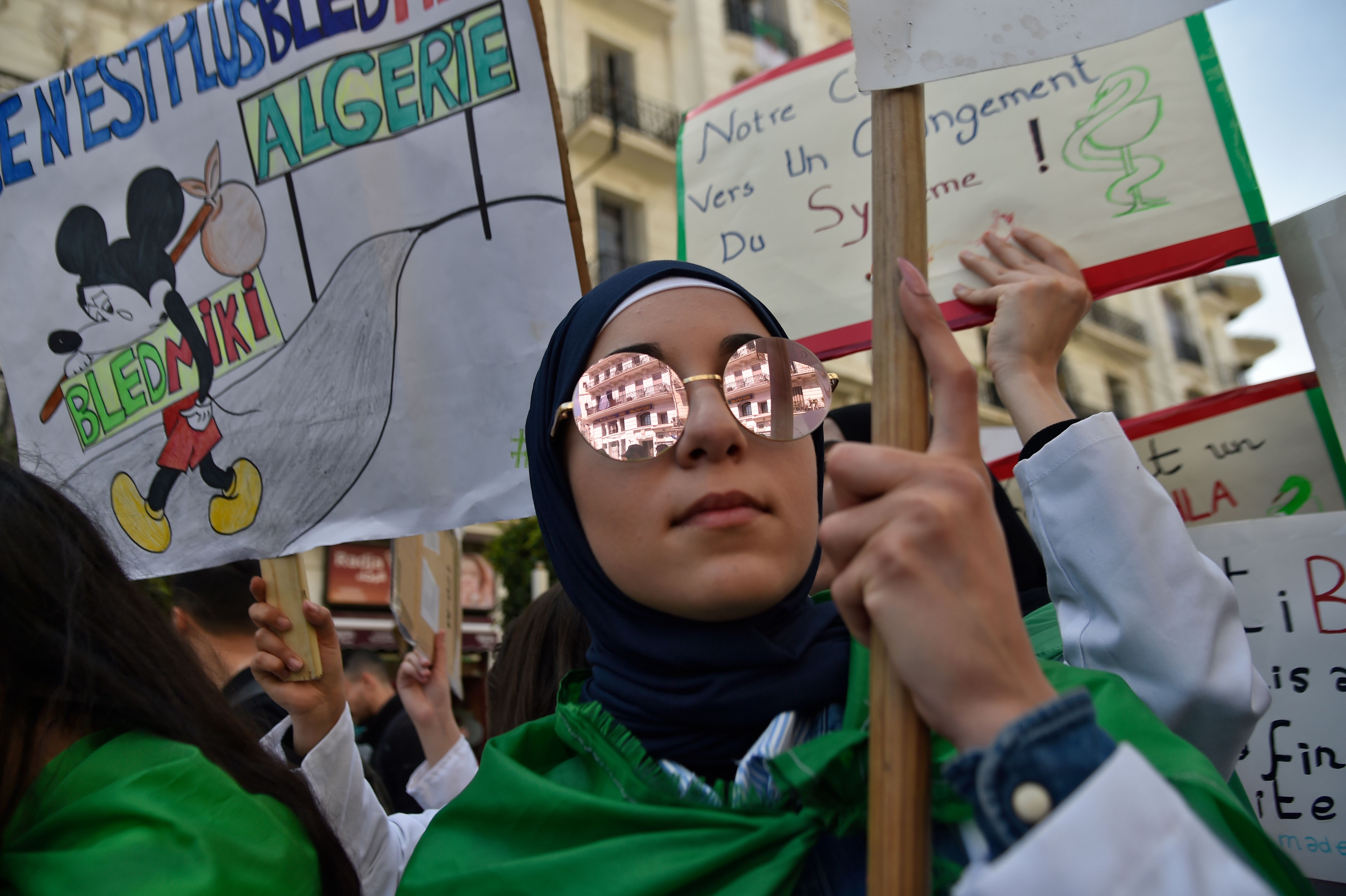 The Middle East Institute (MEI) and the Southern Methodist University Tower Center for Political Studies are pleased to host a half-day conference on the ongoing turmoil in North Africa and its implications for the region's future. Three panels will delve into the democratic transitions across the region, prospects for regional coordination in trade and diplomacy, and the role of the public and private sectors in encouraging economic growth.

Mohamed Abdel Jelil
Research analyst, The World Bank Group
Mohamed Abdel Jelil is a Research Analyst with the Chief Economist Office. He is focusing on the agenda of the Digital Economy in the MENA region. Mohamed has worked on issues of resilience and migration, and the socio-economic drivers of radicalization. He received a Master’s in Engineering and Applied Mathematics from Supelec and a Master’s of Economics and Public Policy from Sciences Po Paris.

Emiliano Alessandri
Scholar, MEI
Emiliano Alessandri is an analyst of Mediterranean, European, and transatlantic affairs, with a particular focus on Turkey, and is a non-resident fellow with GMF. He worked for three years at the GMF Washington office between 2010–13, contributing to its Mediterranean, Turkish, and Wider Atlantic programs.
Alessandri also held research positions with the Institute of International Affairs (IAI) of Rome and the Center on the U.S. and Europe (CUSE) at the Brookings Institution. He is an advisory board member of the U.S.-Italy Global Affairs Forum and an editorial board member of the International Spectator. He holds a PhD in international history from the University of Cambridge and a master’s degree in international economics and U.S. foreign policy from the John Hopkins School of Advanced International Studies (SAIS).

Shahed Amanullah
Co-founder, Affinis Labs
As co-founder and CTO, Shahed Amanullah helps manage the development and launch of incubated initiatives and builds the technology architecture for portfolio companies. Shahed is also the co-founder of Zakatify, an app developed in collaboration with PayPal Giving Fund that empowers charitable giving. Shahed served as Senior Advisor for Technology at the U.S. Department of State in the bureaus of Secretaries of State John Kerry and Hillary Clinton. Recognized three times as one of the 500 most influential Muslims in the world and also as one of the 50 most influential entrepreneurs in the global Islamic economy, Shahed founded Altmuslim, an online magazine with 2.5 million annual unique users, and served as its editor-in-chief for 10 years before its 2011 acquisition by Patheos/Beliefnet. In 1998, he created Zabihah, the world's first and largest Halal restaurant guide, with 10 million annual users and 500,000 app downloads. He has served on the boards of nearly a dozen non-profit organizations focused on Muslim identities, served on Virginia Governor Terry McAuliffe’s Council on Youth Entrepreneurship, and is a 2016 Truman National Security Fellow.

Alexis Arieff
Specialist in African affairs, Congressional Research Service
Alexis Arieff is a Specialist in African Affairs at the Congressional Research Service, where she covers policy issues in North, West, and Central Africa. In the course of her ten years at CRS, Alexis has been detailed to policy offices at the State Department (2015) and Defense Department (2010). She has also served as an election observer in Tunisia and Guinea. Alexis was a Fulbright scholar in Guinea in 2008-09. She previously worked as an Africa researcher for the Committee to Protect Journalists, as a research fellow in the International Crisis Group’s West Africa field office, and as a contributing writer to Freedom House. She has an MA in international relations from Yale University.

Intissar Fakir
Fellow, Middle East program and editor-in-chief of SADA, The Carnegie Endowment for International Peace
Intissar Fakir is a fellow in Carnegie’s Middle East Program, where her research focuses on political, security, and economic change in Morocco and other North African countries. Her research examines political Islam trends, local governance, social mobilization, and foreign policy.  She is also the editor in chief of Sada, Carnegie’s Middle East online journal. Previously, she was the managing editor of the Arab Reform Bulletin, the precursor to Sada, at Carnegie. She has also served as special assistant to the vice president for strategy and policy at the National Endowment for Democracy. She has worked on implementing democracy and education assistance programs in the North Africa and the Middle East. She has consulted for a number of organizations and companies and has written for numerous publications and news outlets in the United States, Europe, and the Middle East.

Ambassador Robert S. Ford
Senior fellow, MEI
Amb. Robert S. Ford is currently a senior fellow at the Middle East Institute, where he writes about developments in the Levant and North Africa. Amb. Ford  retired from the U.S. Foreign Service in 2014 after serving as the U.S. Ambassador to Syria from 2011 to 2014. In this role, Amb. Ford was the State Department lead on Syria, proposing and implementing policy and developing common strategies with European and Middle Eastern allies to try to resolve the Syria conflict. Prior to this, Amb. Ford was the deputy U.S. Ambassador to Iraq from 2008 to 2010, and also served from 2006 until 2008 as the U.S. Ambassador to Algeria, where he boosted bilateral education and rule of law cooperation. Amb. Ford served as deputy chief of mission in Bahrain from 2001 until 2004, and political counselor to the U.S. Embassy in Baghdad from 2004 until 2006 during the tumultuous establishment of the new, permanent Iraqi government. In 2014 he received the Secretary’s Service Award, the U.S. State Department’s highest honor.  He also received in April 2012 from the John F. Kennedy Library in Boston the annual Profile in Courage Award for his stout defense of human rights in Syria.  He has appeared on CNN, PBS, Fox, MSNBC, NPR, the BBC and Arabic news networks as well as in The New York Times and Foreign Policy.

David Lawler
Editor, Axios world stream
David Lawler edits the Axios World stream. Previously, he was deputy news editor at Axios. Prior to joining Axios he was the Washington Correspondent for The Telegraph.

Allison McManus
Research director, Tahrir Institute for Near East Policy (TIMEP)
Allison McManus is the research director at TIMEP. Her work has been published in Jadaliyya (where she serves as a co-editor of the Maghreb page), The National, Foreign Affairs, Lawfare blog, The Intercept, and the Social Movement Studies Journal, among other publications. She recently served as the translator for Copts and the Security State by Laure Guirguis, available through Stanford University Press. She holds an M.A. in global and international studies from University of California, Santa Barbara. You can follow her on Twitter: @AllisonLMcManus.

Paul Salem
President, MEI
Paul Salem is president at The Middle East Institute. He focuses on issues of political change, transition, and conflict as well as the regional and international relations of the Middle East. He has a particular emphasis on the countries of the Levant and Egypt. Salem writes regularly in the Arab and Western press and has been published in numerous journals and newspapers. Salem is the author and editor of a number of books and reports including From Chaos to Cooperation: Toward Regional Order in the Middle East (ed. with Ross Harrison, 2017), Broken Orders: The Causes and Consequences of the Arab Uprisings (In Arabic, 2013), “The Recurring Rise and Fall of Political Islam (CSIS, 2015), The Middle East in 2015 and Beyond: Trends and Drivers (MEI 2014), Bitter Legacy: Ideology and Politics in the Arab World (1994), Conflict Resolution in the Arab World (ed., 1997).  Prior to joining MEI, Salem was the founding director of the Carnegie Middle East Center in Beirut, Lebanon between 2006 and 2013.  From 1999 to 2006, he was director of the Fares Foundation and in 1989-1999 founded and directed the Lebanese Center for Policy Studies, Lebanon's leading public policy think tank.

Paul Sullivan
Professor of economics, National Defense University
Dr. Paul Sullivan has been involved in teaching, researching, and advising high level government and military leaders about the Middle East and North Africa for decades. He has taught at the National Defense University, Georgetown, the Yale Alumni College, and the American University in Cairo. He is known for his work on energy and water security issues, the political economy of the region, US-Arab relations and international security issues related to MENA. Dr. Sullivan is a Senior International Fellow at NCUSAR. His PhD is from Yale. He is a graduate of MIT’s Seminar XXI Program.

Jonathan Winer
Scholar, MEI
Jonathan M. Winer has been the United States Special Envoy for Libya, the deputy assistant secretary of state for international law enforcement, and counsel to United States Senator John Kerry. He has written and lectured widely on U.S. Middle East policy, counter-terrorism, international money laundering, illicit networks, corruption, and U.S.-Russia issues. In 2016, Winer received the highest award granted by the Secretary of State, for “extraordinary service to the U.S. government” in avoiding the massacre of over 3,000 members of an Iranian dissident group in Iraq, and for leading U.S. policy in Libya “from a major foreign policy embarrassment to a fragile but democratic, internationally recognized government.” In 1999, he received the Department’s second highest award, for having “created the capacity of the Department and the U.S. government to deal with international crime and criminal justice as important foreign policy functions." The award stated that "the scope and significance of his achievements are virtually unprecedented for any single official."