The Palestinian Nakba: What Happened in 1948 and Why It Still Matters 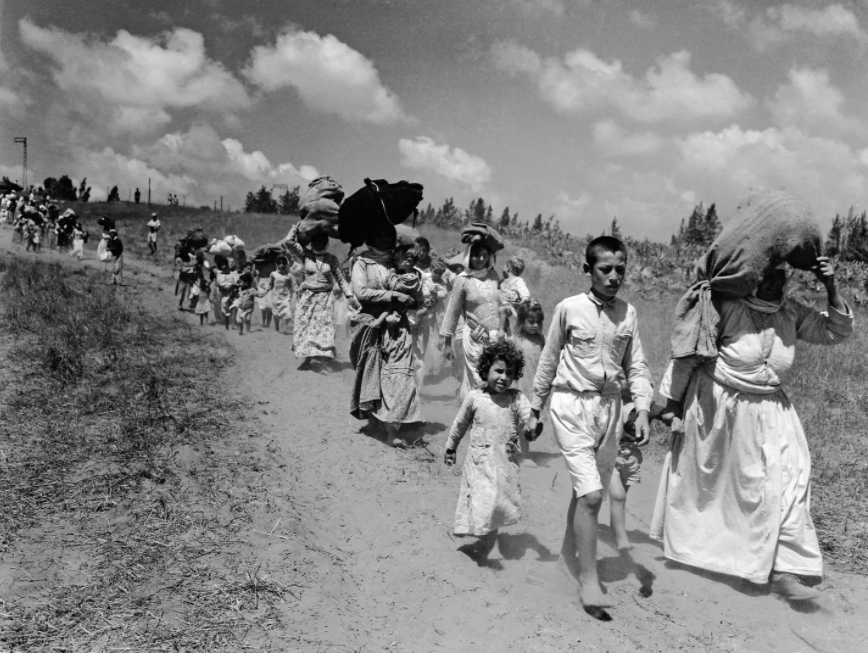 Please join a Middle East Institute and Project48 panel featuring Congresswoman Rashida Tlaib, Rashid Khalidi and others exploring why the Nakba still matters. Every year on May 15th, millions of Palestinians around the world commemorate the Nakba, or the catastrophe that befell them in 1948. This catastrophe resulted in the dispossession of an estimated 750,000 refugees from historic Palestine, and the uprooting of two-thirds of the Palestinian Arab population and their society in the process of the creation of the State of Israel.

73 years later, the Nakba remains central to Palestinian national identity and political aspirations, as evidenced by the 2018-19 Gaza March of Return and even the recent protests in Jerusalem. However, despite being a core Palestinian grievance, the Nakba continues to be whitewashed or denied outright by pundits, lobbyists, and even policymakers.

The Middle East Institute and Project48 are pleased to host an esteemed group of experts to shed light on what transpired in 1948 and why the events of the Nakba still resonate today and remain central to understanding Israel and Palestine. This event is co-sponsored by the Foundation for Middle East Peace, Carnegie Endowment for International Peace, and the Institute for Palestine Studies.

Congresswoman Rashida Tlaib is a well-known progressive warrior and, in her own words, “a mother working for justice for all.” Her two young sons are at the root of her unwavering passion to help change lives for the better. She is the oldest of 14 children, born and raised in Detroit, the proud daughter of Palestinian immigrant parents.

Rashida made history in 2008 by becoming the first Muslim woman to ever serve in the Michigan Legislature. She is beloved by residents for the transformative constituent services she provided, and for successfully fighting the billionaires and corporations that tried to pollute her district. When families get to know Rashida, they have no doubt that she will work tirelessly to knock down barriers for real change, and whether by policy or action, she will roll up her sleeves to make sure her residents are cared for, no matter how big the challenge.

When billionaire slumlord Matty Moroun refused to follow the law and get polluting semi-trucks off neighborhood streets, Rashida organized residents with the We Have A Right To Breathe campaign and forced Moroun to fulfill his obligations to protecting public health. When large piles of black dust started showing up on the Detroit riverfront and blowing into homes and parks, and the Michigan Department of Environmental Quality told residents everything was fine, Rashida collected samples and got the substance tested herself - exposing the cancer-causing “petroleum coke” as a threat, and getting it removed.

As an attorney at the Sugar Law Center for Economic and Social Justice, Rashida took the movement to the courts, fighting racist emergency managers, abusive state agencies, and leading the fight for community benefits agreements that promote equitable development.  Rashida knows that effective advocacy requires an all-out approach, fighting in the community, in the legislature, and in the courts every day against injustice and inequality, so that every single person in this country has a chance to thrive.

She is currently the Congresswoman for Michigan’s 13th Congressional District, which includes the city of Detroit and many surrounding communities.

Rashid Khalidi is Edward Said Professor of Modern Arab Studies at Columbia University. He received a B.A. from Yale University and a D. Phil. from Oxford University, and has taught at the American University of Beirut and the University of Chicago, among others. He served as an advisor to the Palestinian delegation to the Madrid and Washington Arab-Israeli peace negotiations from October 1991 until June 1993. Khalidi is author of eight books, including The Hundred Years’ War on Palestine: Settler-Colonial Conquest and Resistance, 1917-2017 (2020), and Palestinian Identity: The Construction of Modern National Consciousness. He is the co-editor of the Journal of Palestine Studies and his op-eds have appeared in the New York Times, the Washington Post, among many other publications, and he has appeared widely on TV and radio.

Lubnah Shomali is the Advocacy Manager of BADIL - Resource Center for Palestinian Residency and Refugee Rights. She worked with Beit Sahour Municipality for three years as its International Relations Officer before signing on with BADIL Resource Center in 2012. As a Palestinian human rights defender and activist, Ms. Shomali advocates BADIL’s comprehensive rights-based approach to the Palestinian-Israeli conflict, with a focus on forced population transfer, refugees and internally displaced persons, according to international humanitarian and human rights law.

Umar al-Ghubari is a Palestinian groups facilitator, a political educator and lecturer on Palestinian history, Identity, Nakba and Return. At Zochrot, a Tel-Aviv based NGO formed in 2002 to promote acknowledgement and accountability for the ongoing injustices of the Nakba, Umar leads work on the reconceptualization of Return as the imperative redress of the Nakba. Umar also coordinates and guides "Nakba & Return Tours" at the destroyed Palestinian localities inside Israel and produces booklets on their history and current situation.

Mohammed El-Kurd is a writer and poet from Jerusalem, occupied Palestine. He is currently studying and teaching in New York.

Nooran Alhamdan (moderator) is an MA candidate in Arab Studies at the Edmond A. Walsh School of Foriegn Service at Georgetown University. She received her bachelor's degree in analytical economics and political science, and a minor in Middle Eastern studies from the University of New Hampshire. She is a former intern of the United Nations Population Fund and the Arab American Institute. She is also a recipient of an undergraduate international research grant and spent the summer of 2019 conducting a research project on Palestinian refugees in Jordan. In 2019 she was named a Harry S. Truman scholar, representing the state of New Hampshire. Nooran is currently a graduate research fellow for the Program on Palestine and Palestinian-Israeli Affairs at the Middle East Institute.

Khaled Elgindy (moderator) is a senior fellow at the Middle East Institute where he also directs MEI’s Program on Palestine and Israeli-Palestinian Affairs.