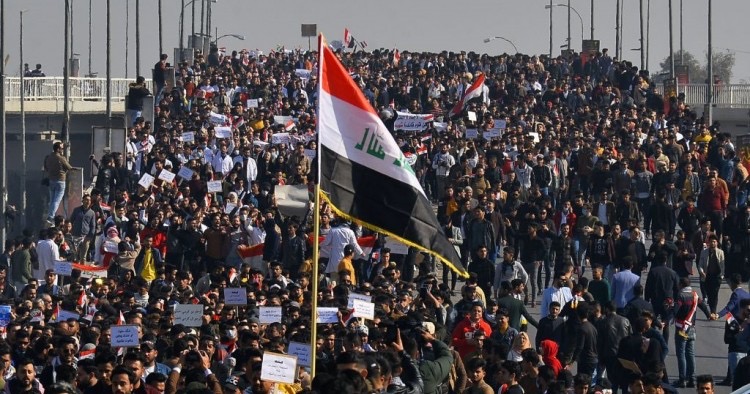 Protests in Iraq and Lebanon have drawn global attention as protestors advocate for political and economic reform and an end to corruption, especially in the wake of the Beirut blast and Lebanon’s disaster response. These countries also face economic crisis and socio-political challenges relating to the millions of refugees and IDPs within their borders and the lack of sustainable policies to address displaced people’s needs. In Lebanon and Iraq, refugees and IDPs face discrimination and lack of access to educational and public health resources in addition to the widespread economic pain and disenfranchisement that these countries protest movements aim to confront.

This webinar is the third in a series on displacement during Covid-19, an initiative to highlight the perspectives and personal impacts faced by displaced people across the MENA region.

*additional speaker to be confirmed.