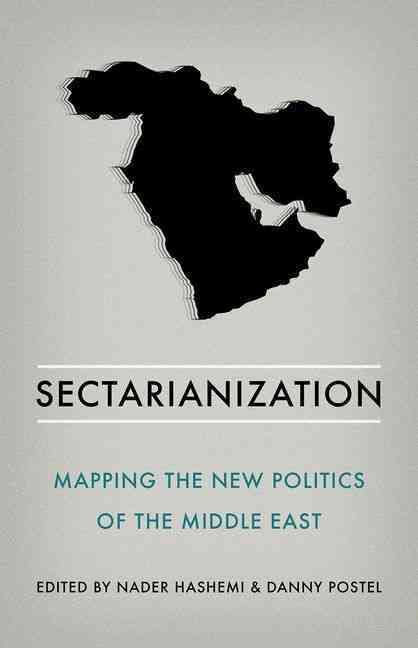 The Middle East Institute hosted a conversation with Nader Hashemi and Danny Postel, editors of the new book Sectarianization: Mapping the New Politics of the Middle East. Their book critiques the reliance on religious identity as the explanation for the region's violence, and analyzes the ways in which geopolitical rivalries or domestic grievances have become, or been mobilized into, sectarian wars. How, Hashemi and Postel ask, can the region's politics be "de-sectarianized"?

Nader Hashemi is Director of the Center for Middle East Studies and Associate Professor of Middle East and Islamic Politics at the University of Denver’s Josef Korbel School of International Studies. He is the author of Islam, Secularism, and Liberal Democracy: Toward a Democratic Theory for Muslim Societies (2009). His work has appeared in The Cairo Review of Global Affairs, Critical Muslim, Denver Journal of International Law and Policy, Ethics and International Affairs, Journal of Islamic and Muslim Studies, Philosophy and Social Criticism, and the Review of Faith and International Affairs, among other publications.

Danny Postel is Assistant Director of the Middle East and North African Studies Program at Northwestern University. He is the author of Reading “Legitimation Crisis” in Tehran (2006). A former senior editor of openDemocracy, his work has appeared in The American Prospect, Boston Review, The Cairo Review of Global Affairs, The Chronicle of Higher Education, Constellations: An International Journal of Critical and Democratic Theory, Critical Inquiry, Democracy: A Journal of Ideas, Dissent, The Guardian, The Huffington Post, Middle East Policy, The Nation, The New York Times, and The Washington Post, among other publications.

Together they are the co-editors of three books: The People Reloaded: The Green Movement and the Struggle for Iran’s Future (2011), The Syria Dilemma (2013), and Sectarianization: Mapping the New Politics of the Middle East (2017).

Paul Salem is senior vice president for policy research and programs at MEI. He focuses on issues of political change, democratic transition, and conﬂict, with a regional emphasis on the countries of the Levant and Egypt. Salem writes regularly in the Arab and Western press and has been published in numerous journals and newspapers. He is the author of a number of books and reports on the Middle East, including most recently Broken Orders: The Causes and Consequences of the Arab Uprisings (Beirut: Dar Annahar, in Arabic, 2013) and "Iraq's Tangled Foreign Relations” (Beirut: Carnegie Middle East Center Report, 2013). Prior to joining MEI, Salem was the founding director of the Carnegie Middle East Center in Beirut, Lebanon between 2006 and 2013. From 1999 to 2006, he was director of the Fares Foundation, and in 1989 founded and directed the Lebanese Center for Policy Studies, Lebanon's leading public policy think tank.