Refugees in Lebanon: Perspectives from on the Ground 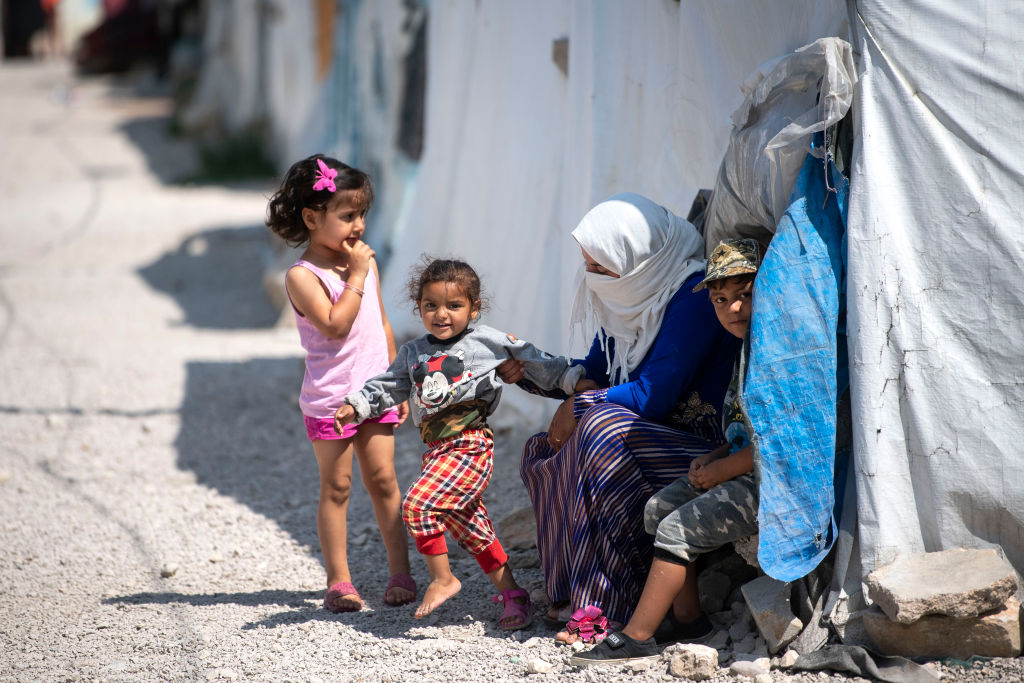 Thank you for interest. Registration is now closed.

In recent months, refugees in Lebanon are facing a dismal climate of social polarization, opportunistic political rhetoric, and increasing hostility, with the demolition of some informal camp settlements, enhanced labor law restrictions, and widespread protests. Humanitarian programs must navigate tensions between host, Palestinian and Syrian refugee communities against the backdrop of Lebanon’s serious economic and environmental difficulties.

The Middle East Institute (MEI) and Anera are pleased to invite you to a panel discussion of the many challenges facing Syrian and Palestinian refugees in Lebanon. Dima Zayat and Serene Dardari, two experts with years of experience in the humanitarian sector in Lebanon, will be joined by discussant Mona Yacoubian to assess these challenges and explore potential avenues to address them. Randa Slim (MEI) will moderate the discussion.

The Middle East Institute (MEI) is pleased to sponsor this event in conjunction with Anera.

Dima Zayat | Anera Deputy Country Director, Lebanon
Dima began her tenure at Anera in 2010 as a health program manager responsible for all health-related projects in Lebanon, including the medical in-kind program and health education activities as well as emergency and aid distributions. She conducted the first nationwide needs assessment for Palestinian refugees from Syria in Lebanon in 2013. Dima’s current position is deputy country director, overseeing all of Anera’s program operations in Lebanon, including non-formal basic education, vocational skills training, solid waste management, sports for development and health. In fiscal year 2019, Anera delivered $9.9 million in programming in vulnerable communities throughout Lebanon.

Serene Dardari | Anera Communications and Outreach Manager, Lebanon
As communications manager, Serene is Anera’s eyes and ears on the ground in Lebanon. She has travelled to all of Anera’s project sites and met hundreds of people benefitting from our programs as well as those who make them happen. Serene’s stories and photos give voice to individuals whose lives have measurably changed because they went through Anera’s basic education and job skills classes or participated in sporting activities or worked as volunteers to spread the word about the importance of recycling and proper garbage disposal. Originally from Syria, Serene is deeply affected by the terrible conditions refugees from the civil war confront in tented settlements throughout Lebanon.

Mona Yacoubian | Senior Advisor on Syria, the Middle East, and North Africa, United States Institute of Peace
Mona Yacoubian joined the U.S. Institute of Peace after serving as deputy assistant administrator in the Middle East Bureau at USAID from 2014-2017 where she had responsibility for Iraq, Syria, Jordan and Lebanon. Prior to joining USAID, Ms. Yacoubian was a senior advisor at the Stimson Center where her work focused on the Arab uprisings with an emphasis on Syria.  Prior to joining the Stimson Center, Ms. Yacoubian served as a special advisor on the Middle East at the U.S. Institute of Peace where her work focused on Lebanon and Syria as well as broader issues related to democratization in the Arab world. From 1990-1998, Ms. Yacoubian served as the North Africa analyst in the State Department's Bureau of Intelligence and Research.

Randa Slim (moderator) | Senior Fellow and Director of Conflict Resolution and Track II Dialogues Program, MEI
Randa Slim is the director of the Conflict Resolution and Track II Dialogues Program at the Middle East Institute and a non-resident fellow at the Johns Hopkins University School of Advanced and International Studies (SAIS) Foreign Policy Institute. A former vice president of the International Institute for Sustained Dialogue, Slim has been a senior program advisor at the Rockefeller Brothers Fund, a guest scholar at the United States Institute of Peace, a program director at Resolve, Inc, and a program officer at the Kettering Foundation. A long-term practitioner of Track II dialogue and peace-building processes in the Middle East and Central Asia, she is the author of several studies, book chapters, and articles on conflict management, post-conflict peace-building, and Middle East politics.