Saving Lives Underground: The Case for Fortified Hospitals in Syria 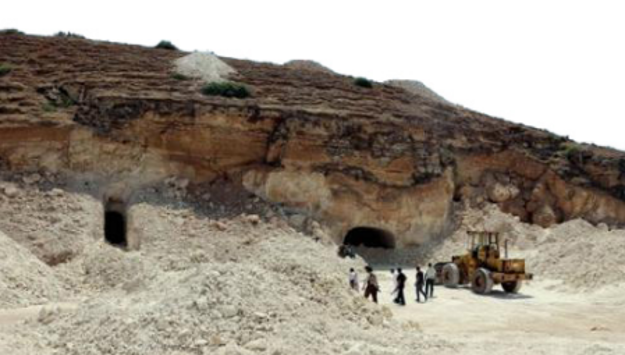 NGOs delivering medical care in embattled regions of Syria report that armed strikes on hospitals are escalating, and that the use of especially destructive weaponry like “bunker buster” munitions is increasing. Since early April 2017, attacks on medical facilities have averaged nearly one per day. Syrian members of the “health cluster” of NGOs and several other organizations have released a report on the value of subterranean hospitals in the war zone, "Saving Lives Underground: A Case for Fortified Hospitals in Syria."

The Middle East Institute (MEI) was pleased to host representatives from the authoring organizations for a presentation of the report’s key findings and recommendations. The report and discussion provide valuable data and insights for protecting humanitarian workers and vulnerable patients in conflict zones.

Speakers:
Kathleen Fallon
Senior Humanitarian Advocacy Lead, The Syria Campaign
Kathleen Fallon is the author of the report “Saving Lives Underground: A Case for Fortified Hospitals in Syria.” At The Syria Campaign (TSC), she works closely with Syrian humanitarian groups, medical professionals, and civil society organizations. Before joining TSC, she was the Advocacy Manager at the Syrian American Medical Society, where she worked closely with Syrian medical professionals and NGOs in the health sector. She has previously researched and authored reports documenting over 160 chemical weapons attacks in Syria and analyzing systematic attacks on healthcare workers and facilities. Fallon previously worked on advocacy around mass atrocities prevention at STAND and United to End Genocide, and has worked with refugees in Rwanda and Syria.

Mahmoud Hariri
General Surgeon, Aleppo University Faculty of Medicine; Fellow, Harvard Humanitarian Initiative
Dr. Mahmoud Hariri is a general and trauma surgeon from Aleppo, Syria. He was the scientific vice dean at the Aleppo University faculty of medicine before the Syrian conflict began in 2011, and has practiced surgery and emergency medicine at one of the largest hospitals in East Aleppo City throughout the conflict. He left East Aleppo in mid-July 2016 for a fellowship with the Harvard Humanitarian Initiative through the Scholars at Risk program at the Harvard School of Public Health. He is also the research director of the Union of Medical Care and Relief Organizations and has conducted nationwide assessments of Syrian hospitals, their ability to provide trauma care, and gaps in services among hospitals.

Jomana Qaddour
Co-Founder, Syria Relief and Development
Jomana Qaddour is the co-founder of Syria Relief & Development, a humanitarian organization that provides direct emergency and ongoing humanitarian relief for Syrians since 2011, that has distributed over $30 million worth of humanitarian aid to Syrians in Syria and the region. She is also a Policy Analyst at the U.S. Commission on International Religious Freedom covering Syria, Iraq, and Turkey. From 2014-2015, she served as a Senior Associate and Project Manager at the conflict analysis firm Caerus Associates, where she provided government clients with information on developments in Syria. She is currently completing her LLM at Georgetown Law Center and holds a JD from the University of Kansas School of Law with a Certificate in International Trade and Finance. She has published pieces focused on Syria, including topics relating to international trade, civil society organizations, the Syrian opposition, and the Alawite minority.

Basel Termanini
Vice President, Syrian American Medical Society (SAMS)
Dr. Termanini is a member of SAMS’ Turkey regional committee, which oversees all SAMS medical relief projects in northern Syria. He has visited Syria seven times since 2013, most recently in October 2016. He has visited underground facilities in Idlib, and helped establish two advanced endoscopy centers in Idlib, Syria and Reyhanli, Turkey. Born and raised in Aleppo, Dr. Termanini currently resides in Pittsburgh, where he practices full-time as a gastroenterologist.

Ibrahim al-Assil, moderator
Fellow, MEI
Ibrahim al-Assil is a Syrian political analyst and civil society activist who serves as a resident fellow at the Middle East Institute. He is also a non-resident fellow at the Orient Research Center in Dubai. His work focuses on the Syrian conflict with an emphasis on different aspects of security, civil society, political Islam, and political economy. As co-founder of the Syrian Nonviolence Movement, an NGO that promotes peaceful struggle and civil resistance as a way to achieve social, cultural, and political change in Syrian government and society, he frequently visited northern Syria to train activists about strategic planning and project management. Al-Assil is an avid blogger and has been published in a variety of media outlets. He was identified by the Swedish Institute in 2013 as a young leader from the MENA region.