Syria: Reflecting on the Past and What the Future Might Hold 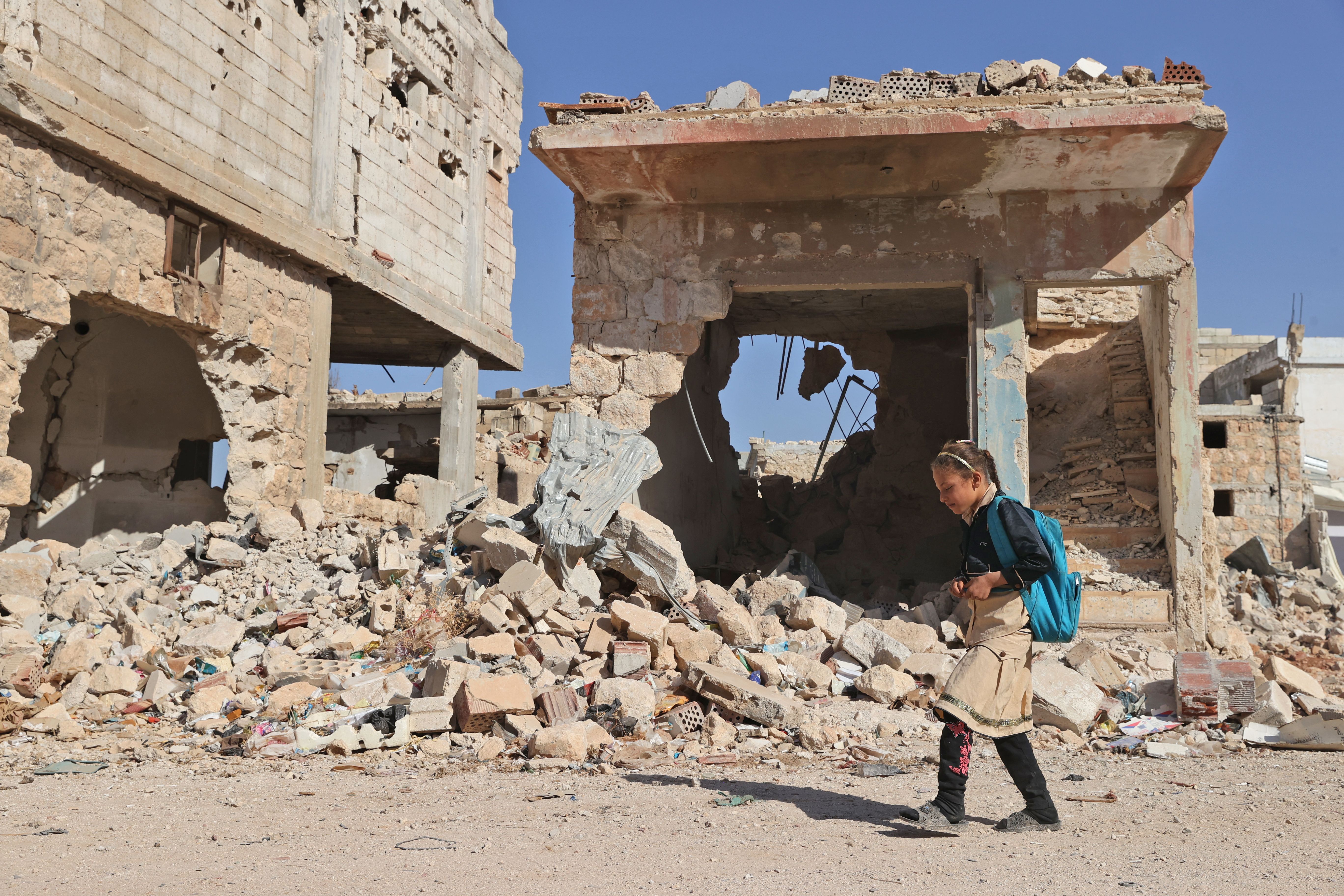 The Middle East Institute’s (MEI) Syria Program is pleased to convene a public panel bringing together three unique voices to reflect on Syria from the outside – events past and present, opportunities taken and missed, lessons learned and what the future might hold.

In his debut novel Damascus Station, David McCloskey provides readers with a thrilling tale of espionage amid the early and explosive phases of Syria’s crisis. While fictional, the book conveys an authentic view of both the complexity and brutality that shaped the trajectory of a conflict that has now persisted for more than a decade. Taking advantage of decades of their respective experience in the intelligence community and in frontline journalism, David McCloskey, Marc Polymeropoulos, and Clarissa Ward will offer their views on any number of consequential questions on Syria and Syria policy.

What did Syria mean to the U.S. and its allies before the 2011 uprising? Was the West right to back the protest movement and what did it get wrong after choosing to do so? Ten years on, Syria’s regime appears not just to have survived, but to be on a slow path towards regional reintegration. Given what we know about Syria, what does the future hold and what role should the U.S. and its allies have in the country going forward?

Clarissa Ward
Chief international correspondent, CNN; author, On All Fronts: The Education of a Journalist

David McCloskey is a former CIA analyst and former consultant at McKinsey & Company. He covered the Middle East as a CIA analyst from 2008 – 2014 and watched Syria descend into unrest, civil war, and state failure. During this time, he wrote near-weekly memos for the President’s Daily Brief (PDB), lived and worked in CIA field stations throughout the region, and briefed senior White House officials, members of Congress, and Arab royalty. Damascus Station is his first novel.

Marc Polymeropoulos served 26 years in the CIA before retiring from the Senior Intelligence Service in June 2019 as one of the Agency’s most highly-decorated operations officers.  While at the CIA, Marc was a long-time Near East Division and Counter Terrorism Center operations officer, with extensive experience in the Levant, as well as in Europe and Eurasia. He served in Iraq and Afghanistan.  Prior to his retirement, Marc served at CIA Headquarters and was in charge of the CIA’s clandestine operations in Europe. He is the recipient of the Distinguished Career Intelligence Medal, the Distinguished Intelligence Medal, the Intelligence Commendation Medal, and the Intelligence Medal of Merit. Marc is the author of Clarity in Crisis:  Leadership Lessons from the CIA, that was published in June 2021 by Harper Collins.

Clarissa Ward is CNN’s chief international correspondent, based in London. For nearly 20 years, Ward has reported from frontlines across the world, from Syria, Iraq, Afghanistan and Yemen to Ukraine and Georgia – during the Russian incursion in 2008 – and Iran. The recipient of seven Emmy awards, Ward was named the 2019 Reporter/Correspondent of the Year by the Gracies and is the author of On All Fronts: The Education of a Journalist (Penguin Press), a memoir that details her singular career as a conflict reporter and how she documented the violent remaking of the world from close range. Ward has covered Syria extensively, reporting from frontlines across the country. Her 2016 “Undercover in Syria” series was awarded a Peabody Award, an Edward R. Murrow Award and the Overseas Press Club’s David Kaplan Award.

Charles Lister (moderator) is a senior fellow and the Director of the Syria and Countering Terrorism & Extremism programs at MEI. Prior to joining MEI, Lister was a Visiting Fellow at the Brookings Institution in Qatar and a Senior Consultant to the multinationally-backed Syria Track II Dialogue Initiative, in which he managed nearly three years of intensive face-to-face engagement with the leaderships of over 100 Syrian armed opposition groups. Lister has previously held other positions at the Brookings Institution and at IHS Jane’s in London, UK and is a Consultant to the United Nations' International, Impartial and Independent Mechanism (IIIM) for Syria and a regular consultant and expert witness in counterterrorism prosecutions and with law enforcement bodies in the United States, Europe and Australia. Lister is the author of The Syrian Jihad: Al-Qaeda, the Islamic State and the Evolution of an Insurgency (Oxford University Press), The Islamic State: A Brief Introduction (Brookings Press) and Winning the Battle, Losing the War: Addressing the Drivers of Non-State Armed Actors and Extremist Groups (ed.) (MEI, 2019). He is now working on a fourth book on Syria, commissioned by Oxford University Press.