The Syrian Jihad: A Book Launch with Charles Lister 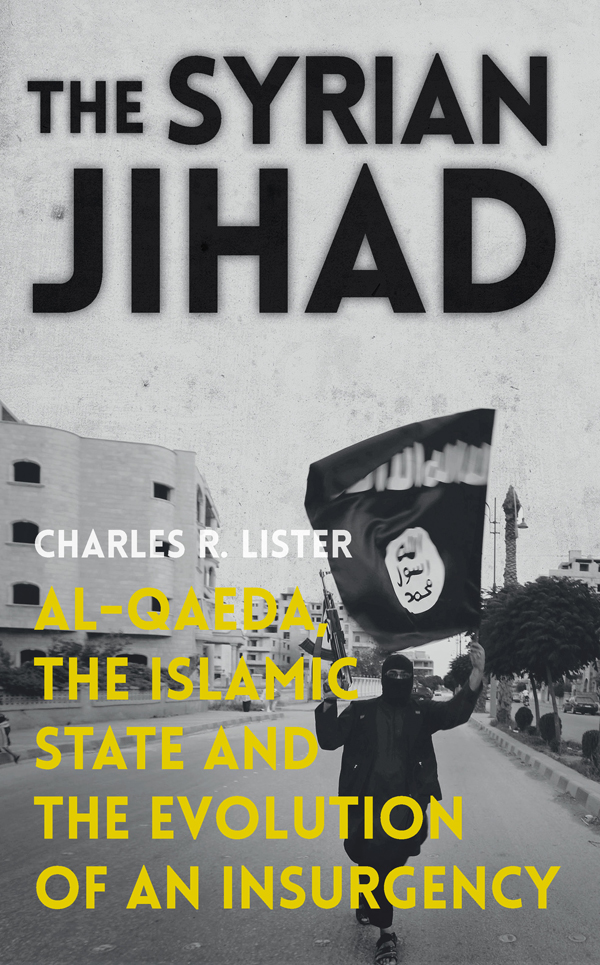 In the book, Lister assesses and explains the emergence of Sunni jihadist movements within Syria’s fledgling insurgency, charts their evolution, and situates them within the global jihadist project. Unprecedented numbers of foreign fighters have joined such groups, who will almost certainly continue to host them. The book scrutinizes the strategic and tactical lessons learned from other jihadist conflict zones, as well as the complex interplay between al-Qaeda and the Islamic State and how their relationship has influenced the jihadist sphere both inside Syria and worldwide.

Copies of the book in limited number will be available for purchase and signing at the event. MEI Vice President for Policy and Research Paul Salem will moderate.

About the Author:
Charles Lister
Scholar, MEI
Charles Lister is a resident fellow at the Middle East Institute. He was formerly a visiting fellow at the Brookings Center in Qatar and before that, the head of the Middle East and North Africa division at the London-based IHS Jane’s Terrorism and Insurgency Centre. Lister focuses on terrorism, insurgency, and sub-state security threats across the Middle East. He is also a senior consultant to The Shaikh Group’s Track II Syria Initiative, within which he has helped coordinate a two-year process of engagement with the leaderships of over 100 Syrian armed opposition groups.  He is the author of The Islamic State: A Brief Introduction (Brookings Institution Press, 2015) and the recently released book, The Syrian Jihad: Al-Qaeda, the Islamic State and the Evolution of an Insurgency (Oxford University Press, 2016).

Praise for the Book:
"Charles Lister's book answers urgent questions about the modern Levant: where did the Syrian uprising come from, who have been its key actors and how has the revolutionary movement, especially the Islamist elements, evolved under the enormous pressures of violence and external powers?" - Robert Ford, MEI Scholar and former Ambassador to Syria

"Charles is the Syria expert whose work other Syria experts read. He uniquely combines strategic insight and forensic analytical skills to tell it like it is on the ground and - crucially - foretell what will happen next. On something as complex as the Syrian crisis, Charles’ voice is authoritative." - Gareth Bayley, UK Special Representative for Syria

Moderator:
Paul Salem
Vice President for Policy and Research, Middle East Institute
Paul Salem is vice president for policy and research at the Middle East Institute. He focuses on issues of political change, democratic transition, and conflict, with a regional emphasis on the countries of the Levant and Egypt. Salem writes regularly in the Arab and Western press and has been published in numerous journals and newspapers. Salem is the author of a number of books and reports on the Middle East, including most recently Broken Orders: The Causes and Consequences of the Arab Uprisings (Beirut: Dar Annahar, in Arabic, 2013) and "Iraq's Tangled Foreign Relations” (Beirut: Carnegie Middle East Center Report, December 2013). Prior to joining MEI, Salem was the founding director of the Carnegie Middle East Center in Beirut, Lebanon between 2006 and 2013.  From 1999 to 2006, he was director of the Fares Foundation and in 1989 founded and directed the Lebanese Center for Policy Studies, Lebanon's leading public policy think tank.

Syrians on the move

HTS and al-Qaeda in Syria: Reconciling the irreconcilable