Turkey Forging Its Own Path: Looking at Changing US-Turkish Relations 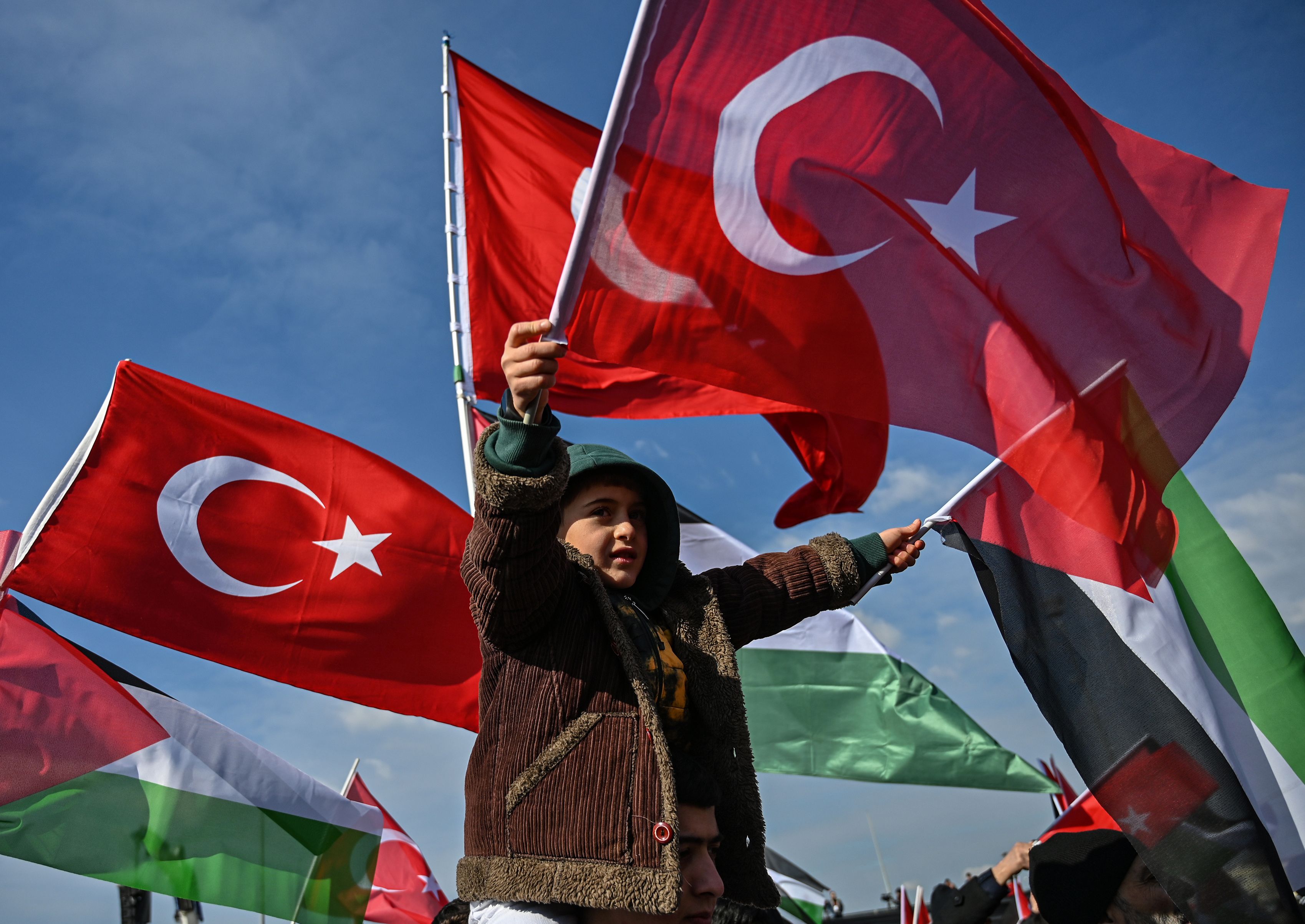 Turkey’s relations with the West are at an all-time low. Scarcely a day passes without a report or headline on the front page of leading newspapers questioning Turkey’s reliability as a Western ally. The widening gulf between Turkey and the West and the increasing number and the growing complexity of the issues over which the two sides differ make it imperative to understand the dynamics of the relationship between Turkey and the West. The Middle East Institute (MEI) is pleased to host a launch event for Dr. Oya Dursun-Özkanca’s new book, Turkey–West Relations: The Politics of Intra-alliance Opposition. In her book, Dr. Dursun-Özkanca seeks to explain how and why Turkey increasingly goes its own way within the Western alliance and grows further apart from its traditional Western allies.

Please join us for a discussion on US-Turkish relations with Dr. Dursun-Özkanca and the director of MEI’s Center for Turkish Studies Dr. Gönül Tol. Books will be available for purchase at the event.

Oya Dursun-Özkanca
Endowed Chair of International Studies and Professor of Political Science
Oya Dursun-Özkanca (University of Texas at Austin, Ph.D.) is the endowed chair of International Studies and Professor of Political Science at Elizabethtown College. Her research interests include Turkish foreign policy, transatlantic security, European Union, South East Europe, and peace operations. She is the author of a new book, Turkey–West Relations: The Politics of Intra-alliance Opposition, published by Cambridge University Press in November 2019. She is also the editor of two books – The European Union as an Actor in Security Sector Reform (Routledge, 2014) and External Interventions in Civil Wars (co-edited with Stefan Wolff, Routledge, 2014) as well as a number of scholarly articles in leading peer-reviewed journals, such as Foreign Policy Analysis, Civil Wars, European Security, Journal of Intervention and Statebuilding, French Politics, Perspectives on European Politics and Society, and Journal of Balkan and Near Eastern Studies. She served as a Visiting Fellow of Research on South Eastern Europe (LSEE) at London School of Economics (LSE) in 2013, and received grants and fellowships from Georgetown University, the London School of Economics, the European Commission (multiple grants), the University of Texas at Austin (multiple fellowships), Deutscher Academischer Austausch Dienst (DAAD), the European Union Studies Association, and the Elizabethtown College (multiple grants).

Gönül Tol, moderator
Director of Turkish Studies, MEI
Gönül Tol is the founding director of The Middle East Institute’s Center for Turkish Studies. She is also an adjunct professor at George Washington University’s Institute for Middle East Studies. After three years of field research in Germany and the Netherlands, she wrote her dissertation on the radicalization of the Turkish Islamist movement Milli Gorus in Western Europe. She was also an adjunct professor at the College of International Security Affairs at the National Defense University. She has taught courses on Islamist movements in Western Europe, Turkey, world politics, and the Middle East.She has written extensively on Turkey-U.S. relations, Turkish domestic politics, and foreign policy and the Kurdish issue. She is a frequent media commentator.