UNRWA’s role as a force for stability 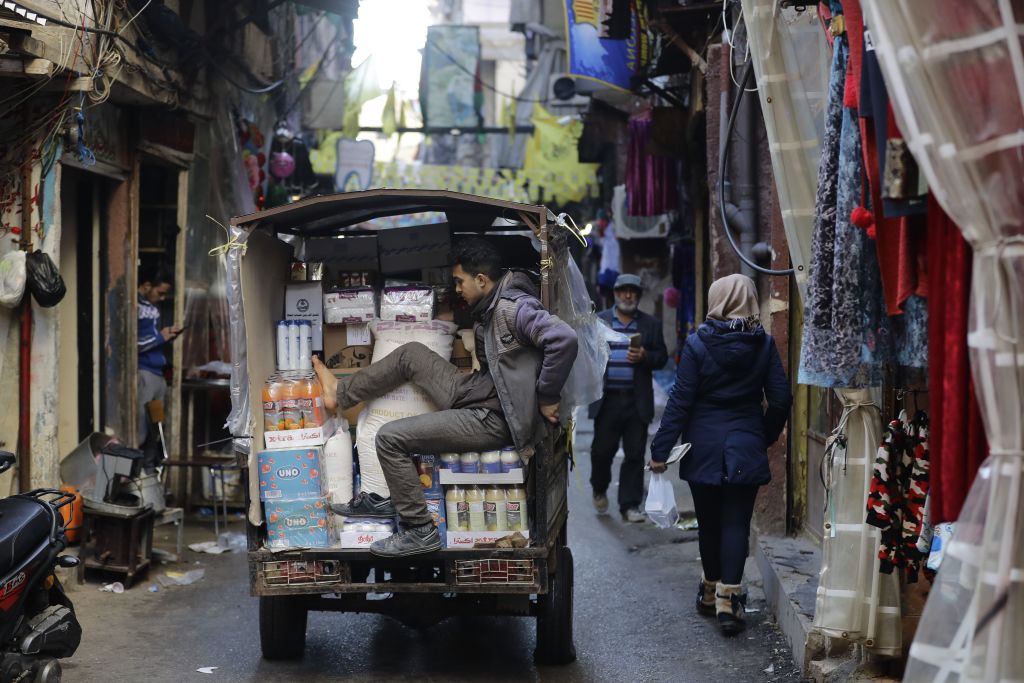 In the wake of his announcement to relocate the U.S. embassy in Israel to Jerusalem, President Trump has also vowed to cut funding to the United Nations Relief and Works Agency for Palestine Refugees (UNRWA) by 83 percent, in a stated effort to bring the Palestinian Authority to the negotiating table. International governments and NGOs swiftly condemned these funding cuts by the United States, citing the critical role UNRWA plays in promoting security and stability in the region through health, education, and assistance programs for Palestinian refugees.

The Middle East Institute (MEI) is pleased to host UNRWA’s West Bank director, U.S. Army Maj. (ret.) Scott Anderson, and the director of UNRWA's Representative office in Washington, Elizabeth Campbell, who will discuss the regional impact of this decision and UNRWA’s global funding push to support its critical work. Joined by Hady Amr, a nonresident senior fellow in the Center for Middle East Policy at the Brookings Insitution; and a nonresident senior fellow in the Middle East Program at the Carnegie Endowment for International Peace (CEIP), Amb. (ret.) Jacob Walles. MEI's director for Gulf studies and government relations, Amb. (ret.) Gerald Feierstein, will moderate the discussion.

Nonresident senior fellow, The Brookings Insitution
Hady Amr is a thought leader on a range of socioeconomic and geopolitical issues facing the Middle East with a focus on the Levant, Israeli-Palestinian relations and the Gulf, as well as Arab human development, Middle East economic growth, U.S. public diplomacy, and countering violent extremism. Amr most recently left the Obama administration where he served as a White House appointee and a senior diplomat. From 2013 to 2017, Amr served at the United States Department of State working under the leadership of Secretary of State John Kerry and Special Envoys Martin Indyk and Frank Lowenstein, most recently as deputy special envoy for Israeli-Palestinian negotiations, with a focus on key economic issues in the Israeli-Palestinian relationship. From 2010 to 2013, he served as deputy assistant administrator for the Middle East at the United States Agency for International Development, deputy head of a 600-person bureau that managed $1.6 billion annually in U.S. foreign assistance to the Middle East, including to Egypt, Iraq, Jordan, Lebanon, Morocco, the Palestinian Authority, and Yemen. His U.S. government service also includes time spent as a senior advisor at the Department of Homeland Security in 2010 working on countering violent extremism, and as a Clinton administration appointee as a defense fellow at the Department of Defense where he helped establish the Near East South Asia Center for Strategic Studies at the National Defense University.

Scott Anderson
Director of operations, UNRWA West Bank
Scott Anderson is UNRWA’s director of operations in the West Bank, and has served in this role since May 2016. He directs UNRWA’s West Bank programs, operations, and resources including managing the agency’s education system, health clinics, relief and social services, and microfinance initiatives for a population of more than 750,000 registered Palestine refugees. Prior to his current position, Anderson served as deputy director of operations for UNRWA in the Gaza Strip. He has experience working with the UN’s Office for the Coordination of Humanitarian Affairs as the deputy head of office in Kabul, Afghanistan. Anderson honorably served for 21 years in the U.S. Army, where he retired at the rank of Major. Anderson holds a B.A. in Management from the University of Maryland, College Park, as well as an MBA specializing in Human Resource Management from Touro University International.

Elizabeth Campbell
Director, UNRWA Washington representative office
Elizabeth Campbell is the director of UNRWA’s representative office in Washington, D.C. Prior to joining UNRWA, Campbell was the senior humanitarian policy advisor in the Bureau of International Organization Affairs at the Department of State, where she worked on refugee and humanitarian issues in the United Nations system. Campbell has also served as a senior advocate for Refugees International, where she focused on the humanitarian crises in East Africa and the Middle East. She was director of Refugee Council USA, an NGO consortium focused on refugee resettlement and protection. Prior to that, she worked for the UN Refugee Agency (UNHCR) in Kenya. Campbell holds a B.A. from St. Lawrence University, and an M.A. and Ph.D. in Sociology from the State University of New York at Binghamton. She has published several articles and book chapters on refugee and humanitarian issues and has served as an adjunct professor at Georgetown University’s School of Law, James Madison University, and the State University of New York at Binghamton. Her courses focused on humanitarian affairs, refugees, environmental studies, and inequality and social justice.

Amb. (ret.) Jacob Walles
Nonresident senior fellow, CEIP
Jake Walles is a nonresident senior fellow in the Middle East Program at the Carnegie Endowment for International Peace, where he focuses on Israeli-Palestinian issues, Tunisia, and counterterrorism.  He was a foreign service officer with the U.S. Department of State for more than 35 years, serving as the U.S. ambassador to Tunisia from 2012 to 2015 and as consul general and chief of mission in Jerusalem from 2005 to 2009. Walles also served as senior adviser in the State Department’s Bureau of Counterterrorism from 2015 until his retirement in 2017. During his long career at the State Department, Walles was actively involved in Middle East peace negotiations beginning with the Madrid Middle East Peace Conference in 1991 and continuing through the Obama administration. He was the recipient of the State Department’s Distinguished Honor Award in 2016 for his contributions to U.S. national security policy.

Amb. (ret.) Gerald Feierstein
Director of Gulf affairs and government relations, MEI
Gerald Feierstein is director for Gulf affairs and government relations at MEI. He retired from the U.S. Foreign Service in May 2016 after a 41-year career with the personal rank of Career Minister. As a diplomat, he served in nine overseas postings, including three tours of duty in Pakistan, as well as assignments in Saudi Arabia, Oman, Lebanon, Jerusalem, and Tunisia. In 2010, President Obama appointed Feierstein as U.S. Ambassador to Yemen, where he served until 2013. From 2013 until his retirement, Feierstein was Principal Deputy Assistant Secretary of State for Near Eastern Affairs.