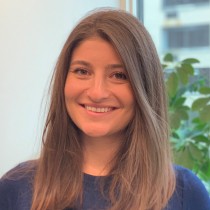 Ana Khizanishvili is a Senior Fellow and Director of Eastern Europe for the Frontier Europe Initiative. Prior to joining MEI, Ana worked as a human rights expert at the Office of the United Nations High Commissioner for Human Rights for South Caucasus.

She previously served as an advisor to the Administration of the Government of Georgia, developing cross-government human rights mechanisms and policies. She also has experience running a non-government organization focused on youth education.