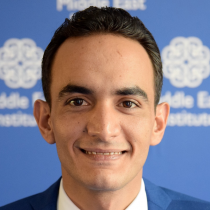 Farea Al-Muslimi is a chairman and co-founder of Sana'a Center for Strategic Studies, a think tank established in Sana'a in 2014 focusing on Yemen and the Gulf. He is also a non-resident scholar at the Carnegie Middle East Center. His writings and publications have appeared in numerous publications and journals including Foreign Affairs, The New York Times, The Independent, Guardian, Foreign Policy, Al-Monitor, Assafir and many other regional and international publications.

He is a regular commentator on Yemeni and Gulf affairs and has conducted a variety of research on Yemen, counterterrorism, political Islam, and regional dynamics

Education:
BA in public policy from American University of Beirut; Graduate student at the Public Policy and International Affairs program at AUB 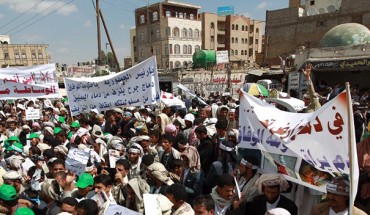