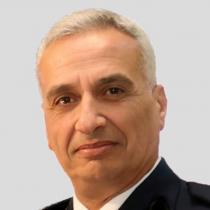 In his role as LAF DCoS-P, RAdm. Sarkis was responsible for strategic planning, to include capability development, of human, material, financial resources, and versatile operational issues, to cover maritime security, border protection (land and sea) developing and establishing concepts, doctrine, and metrics to measure effectiveness. He led the strategic dialogue between LAF and the United Nations Interim Forces in Lebanon for the implementation of UNSCR 1701.

He commanded the Naval Task Group dedicated to the protection of the Arab League summit, and the Francophone summit in Beirut, and negotiated arrangements with the United Nations Department of Peace Keeping Operations (UNDPKO) on the status and concept of operations for the Maritime Task Force-UNIFIL related to the implementation of the UNSCR 1701.

Education
RAdm Sarkis is a graduate of the French Naval Academy in Brest, France. He completed his professional military education in the United States, as a distinguish graduate in military strategy from the US Naval War College (NWC). He holds two master’s degrees: one in international relations from Auburn University of Montgomery (AUM), with outstanding achievement, and the second in military operational art and science, from Air University-Air Command & Staff College, Maxwell Air Force Base, USA. 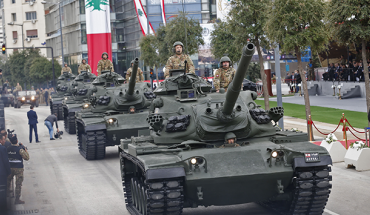