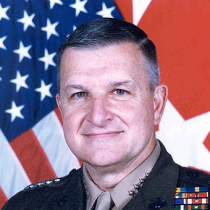 The Middle East Institute’s Chairman Emeritus, Anthony (Tony) C. Zinni, is a retired four star United States Marine Corps general. He served his country in numerous diplomatic roles, as the U.S. special envoy to Israel and the Palestinian Authority and in missions to Pakistan, Somalia, Eritrea and Ethiopia. General Zinni retired from the U.S. Marine Corps in 2000, after a distinguished 39-year career that took him to over 70 countries in many command assignments. In his final tour of duty, from 1997 to 2000, he was commander-in-chief of the U.S. Central Command. In his military career General Zinni earned 23 personal awards and 37 unit, service, and campaign awards.

General Zinni joined the U.S. Marine Corps in 1961 and was commissioned an infantry second lieutenant in 1965, after completing his undergraduate degree in economics at Villanova University. He earned graduate degrees in international relations from Salve Regina University and in management and supervision from Central Michigan University. General Zinni has been awarded honorary doctorates from Villanova University; the College of William and Mary and the Maine Maritime Academy.

He has held academic positions that include the Stanley Chair in Ethics at the Virginia Military Institute, the Nimitz Chair at the University of California, Berkeley, the Hofheimer Chair at the Joint Forces Staff College, and the Harriman Professorship of Government at the Reves Center for International Studies at the College of William and Mary. He has worked with the University of California's Institute on Global Conflict and Cooperation and the Henry Dunant Centre for Humanitarian Dialogue in Geneva.

He was Chairman of the Board of BAE Systems Inc., and a member of the board of Dyncorp International before being appointed an executive vice president. He also served as president of International Operations for M.I.C. Industries, Inc. General Zinni is the author of two best-selling books on his military career and foreign affairs: Battle Ready and The Battle for Peace. His most recent book, Leading the Charge, was published in 2009. 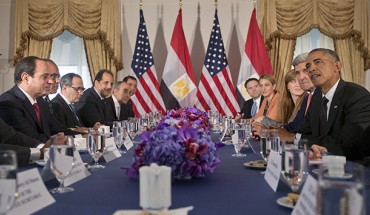